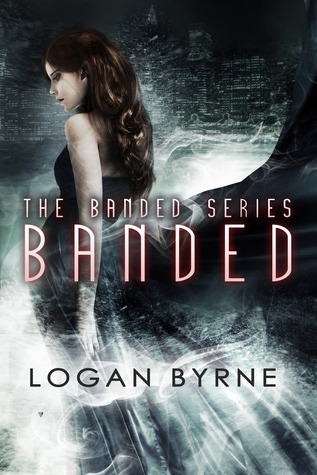 BLURB from Goodreads
In dystopian Manhattan, society is divided into six zones, with each one representing a citizen’s benefit to society: Stalwart (strength), Astute (intelligence), Collusive (greed), Radiant (beauty), Quixotic (no life direction), and the Altruistic (willingness to help others). On a citizen’s sixteenth birthday, a computer suggests a new zone for them based on their inherent benefit to society. When Kalenna Slater is sorted out of her home zone Quixotic and into Altruistic, she thinks things can’t get worse. Life looks dismal until she meets Gavin, a boy also just sorted into Altruistic who becomes the light needed on her cloudy days.During sorting she receives a device known as ‘The Band’. It’s a large watch-like device that never comes off, and it measures a citizen’s karma on a scale from one to one hundred. If a citizen does good, they gain points. If a citizen does bad, including breaking laws, they lose points. When your number reaches zero, the band acts as judge, jury, and executioner, and you are injected with toxins that kill you within minutes.After sorting, recruits are taken to a three month long mandatory school named HQ. It’s at HQ she meets new friends from different zones, and finally begins to feel at ease. Everything goes well until a rare trip home makes her discover that her father, who has been missing for a decade, may have taken part in a terrible program that stands to shake the fabric of society.

I’d had this ebook on my kindle for quite a while, I think I bought it when it was on offer. I read and loved the Branded prequel to this series. I just fancied reading some more of a series I had already begun so chose this book. I would say the female on the cover is a good depiction of Kalenna, the main character in the book. The genres I have seen listed for this book are Sci-fi, YA, and Dystopian. I agree with them all and would just add in Futuristic, and the fact I am so not in the YA age bracket, and the label YA doesn’t mean it is exclusively for young adult readers. I take it that the YA label means the content and language in the book are young adult suitable.

Kalenna soon has to say goodbye to her mum and then join the long queue’s that are leading inside to the ceremony hall. Everyone looks nervous, some look sad, and some seem excited, no one says very much. Kalenna looks around and a boy ahead in line smiles at her but that’s about all the communication she gets. It’s not long until the lines of 16 year olds are sitting on stage waiting for firstly their band to be fitted and then find out which zone they are going to be in.

We all watched her, our eyes glued to her and nothing else; she was like the sacrificial lamb up for slaughter." The descriptions are so good you can easily visualise and empathise with the individual characters and what they are enduring. The parents of the sixteen year olds are warned if there are any disturbances they will be removed so it really shocks Kalenna when it is her turn, she quietly accepts her band and then the computer delivers it verdict as to which zone she will be in…..it say’s I see a lot of benefits in this girl. She is definitely strong, stronger than most. She is certainly selfless in all aspects, yet also has a wandering, quixotic mind reminiscent of most in her home zone. It would be my recommendation that she be placed in—” The computer stopped, at least in my mind, as the only sensation I could feel was my heart racing out of my chest. I looked up at the Altruistic girl who was standing next to me, and she looked back down at me, giving me a quick, sly wink. “Altruistic,” the computer said. It’s at that point Kalenna’s mother shouts out!

It's not that the zone her daughter has been placed in is bad, as it is a good zone to be where most would become Doctors, Nurses or other Medical Staff. As travel between zones is not permitted unless it is in the course of your work it is unlikely, they will ever see their families again. Kalenna hopes for a medical job as those with that type of job do travel between zones and it gives a slice of hope that she could maybe sneak in a little visit with her mum and Tria sometime in the future. Once everyone has been fitted with their band and placed in a zone they are all taken to HQ, which is where they will do 3 months of training before being sent out to their individual zones.
There is so much happening in this book, it really is packed full of action along with some historical information about the society and why they live like they do. I really liked the different zones within the book and their names. Yes, I admit the cynic in me worried the book would slide down the exact route of Divergent but it doesn’t. Sure, there are some similarities but there is also a lot more to the book that is different. I enjoyed the fact the bands and zones were explained as you came to them within the book.

My favourite character was of Kalenna as it should be as she is the main character. Other characters that I liked were Gavin, the boy who had smiled at Kalenna whilst in line at the ceremony. There’s a hint of romance between the two of them but it does begin with them being friends within the Altruistic group. I thought the idea that the different zones had an initial 3 months training at HQ at the same time was a great idea. You get to learn about the different zones from the characters placed within them. All recruits to whichever zone they are placed in have lessons on the history of the nation and weapon and fighting training. Kalenna makes new friends quite quickly. Unfortunately gaining a friendship with Ivor, during a National History lesson costs her a point being deducted from her band! The first recruit at HQ to have a point taken. This friendship turns out to be very useful later in the book. Kalenna ends up with a group of friends she is willing to help as much as they are willing to help her. There’s Stalwart Hector, who goes by the nickname of Jericho, as well as Jasmine Brunner, whose father worked with Kalenna’s dad George on a secret project called “Project Gemini”.

I enjoyed trying to work out who the spy in HQ was, and what they were looking for. Then after the spy was revealed I started wondering about Project Gemini which we do learn a little about in this book that I am sure will continue to be revealed as the series goes on.

This book has certainly laid some solid foundations for a potentially brilliant series to continue to grow. It left me with so many different questions and thoughts, such as Does Warden Pumose really know Kalenna's father George or does he merely know of him? What else will the valuable mystery disc reveal? Why does it seem that Jasmine & Kalenna are being watched so closely? Are Ivan, Gavin & Jericho in danger along with the girls? How many more points is hot headed, impulsive, Kalenna going to lose before she realises she seriously needs to bite her tongue?

To sum up, I am definitely adding the next book in the series to my Want To Buy To Read List. I would recommend reading both this book and it’s prequel too.