REVIEW - WHAT RED WAS BY ROSIE PRICE 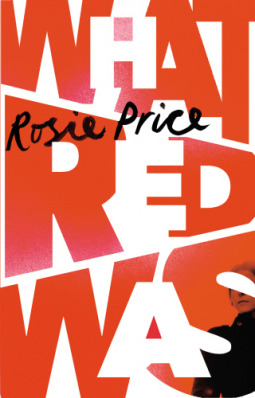 BLURB from Goodreads
‘Kate Quaile,’ he said. ‘I like your name.’Kate frowned. ‘How do you know my name?’Through their four years at university, Kate and Max are inseparable. For him, she breaks her solitude; for her, he leaves his busy circles behind. But loving Max means knowing his family, the wealthy Rippons, all generosity, social ease and quiet repression. Theirs is not Kate’s world. At their London home, just after graduation, her life is shattered apart in a bedroom while a party goes on downstairs.WHAT RED WAS explores the effects of trauma on mind and body, the tyrannies of memory, the sacrifices involved in staying silent, the courage of a young woman in speaking out. And when Kate does, this question: whose story is it now?

REVIEW
I don’t really know why but I thought that this book was YA, until I began reading it and I discovered that the genre listings were general adult fiction and literary fiction. I think I had read that the characters were at university and just presumed that would make the book YA or NA. The cover of the book is bold and has the title depicted in red and white. Had the book been a paperback version on a book store shelf I honestly would not have picked it up as I have a medical condition called Meniere’s Disease and certain patterns actually trigger it. However, as I read the e-book it didn’t really make any difference to me as the cover was easily avoidable.

The books main characters are Kate Quaile and Max Rippon who actually meet whilst they are living away from home at University. The pair become firm friends after Max locks himself out of his apartment wearing only a towel! To be honest I don’t think Max and Kate would have moved in the same social circles and would never have met and developed a friendship. Max is from a rather high flying, affluent family. His mother is a famous film director, Mrs Zara Rippons, aka Zara Lalhou and his father Dr William Rippons is a cardiovascular surgeon. One of the things that Max and Kate have is that they both have homes in Randwick area. Alison Quaile, Kates mum lives in a small dwelling, whereas the Rippons family have a rather grand home, Bisley House. Though Bisley House does actually belong to Max’s paternal grandmother Bernadette Rippons. Max ends up introducing Kate to his family and inviting her to parties and to stay over in the various Rippon residences. It’s during one of these parties that Kate is raped by Lewis, who is Max’s cousin.

I loved envisioning the scene when Max and Kate first meet. Max clutching a bath towel desperate for help to get back into his flat. Knocking on doors asking for help.
Obviously there is a rape scene in the book, which personally I think was well written, not overly descriptive or harrowing but non the less it is a rape scene, so reader beware!

I thought Kate and Max had a good and genuine friendship. Kate supports Max when his Uncle Rupert has a car accident. Unfortunately, the crash is the result of drinking and driving so yes, there is more than one awkward, perhaps taboo subject covered in this book. Kate is surprised to hear that Max’s mother is the famous director Zara Lalhou and is immediately in awe but makes sure not to ask too many questions about her or take advantage of her friendship with Max in anyway. At some times in the book Max and Kate grow further apart. Max enjoying the high life and easy drug culture with Elias for a while leaving Kate feeling a little lonely. Then when Kate starts a relationship, she is busy with her boyfriend, perhaps leaving Max a little adrift.

One character I adored in the book was Bernadette Rippons, the owner of Bisley House. Bernadette is used to things being her way or no way! I found one scene particularly funny when she purposely calls her daughter-in-law Sara rather than Zara knowing full well that it will irritate her.

Everything builds up to a kind of climax with Kate deciding she is ready to tell Max who her rapist was. Then she attends the premiere of Zara’s latest film that contains a rape scene. Zara has prewarned Kate that the subject of the film has a rape featured within in it as she knows about Kate’s rape, though not who the rapist is. As Kate watches the film she recognises more and more similarities between her rape and the one in Zara’s film. In fact it seems Zara has used some details of Kates rape within her film. It is at the end of the film that Max and his sister Nicole realise who Kates rapist was.

I did enjoy reading the book despite originally thinking it was YA/NA. I do think the older end of YA/NA could and possibly would read this book. The book was a mixture of light university life crossed with the more series and maybe a little more controversial subjects of drink-driving, drug taking and rape.


My immediate thoughts upon finishing the book were that it had felt like a bit of an odd read for me. I don’t know how to explain it, I had mixed feelings reading it, hence the four out of five rating on Goodreads.