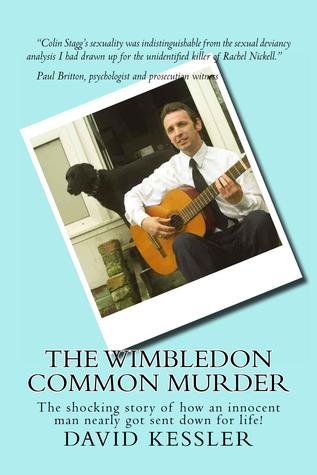 BLURB from Goodreads
The true story of a vicious murder in London and the blunders that led to an innocent man being accused and the real murder escaping police clutches and going on to kill again.

This book does not shy away from apportioning blame. However it is all too easy to blame the police: they are always an easy target whether they get the wrong man or let the guilty man slip through the net. But as this book shows, we must also be wary of arrogant experts and must learn to distinguish between scientific certainty and mere conjecture.

Colin Stagg spent thirteen months on remand for the murder of Rachel Nickel before the judge threw out much of the so-called evidence. At the time – because of the way the tabloid newspapers behaved – Colin was believed to be a guilty man who beat the rap. In fact, he was an innocent man whose life was shattered by the irresponsible actions of a devious psychologist, an inept police inspector and a seductive but ruthless undercover policewoman.

Years later, through a combination of scientific advances and a re-examination of old evidence, the real murderer – Robert Napper – was brought to justice. And when that happened, the proverbial S*** hit the fan – because Napper was already in Broadmoor for another murder (of a mother and child) that he committed while Colin Stagg was on remand awaiting trial.