The Painting and The Piano, by John Lipscomb and Adrianne Lugo,
is an improbable story of survival and love. 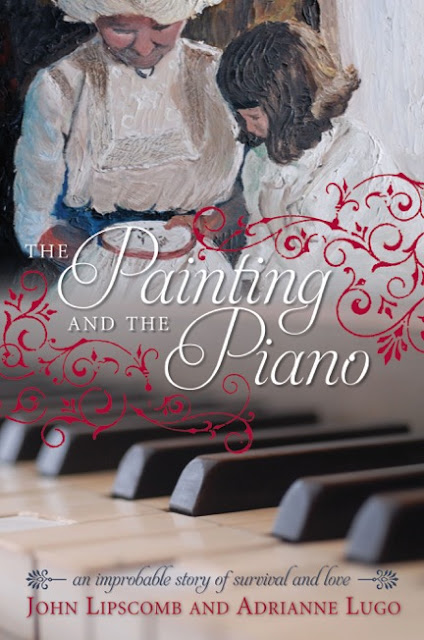 BLURB supplied by Book Publicity Services
Growing up more than a thousand miles apart and worlds away from each other, Johnny and Adrianne seemed to have all that a child could ask for. However, the demons of their respective mothers would tear their young, fragile lives apart.

Eventually, destiny would bring Johnny and Adrianne together, but first they had to endure the painful toll that alcohol, drugs, and a negligent court system would take on them. With parts of Adrianne’s story ripped from national news headlines, their story takes them from the depths of despair and near death, to their first serendipitous introduction and the moment each knew they were finally safe.

Filled with hope, inspiration and humor, The Painting and the Piano is an unforgettable story of pain, loss and the undying human quest for happiness. Told as a tandem narrative, Adrianne and Johnny’s stories are unique, but share parallels that create a taut and emotionally compelling narrative.

I’m in an office in Manhattan. There’s a large mirror embedded in one wall. The furniture is small, a table and two chairs built especially for children. There are a few toys, but none of them are very interesting.
The room is bare and cold, even though it’s mid-summer in Manhattan. Honey, we have to go, but we’ll be back soon, okay? Mom says. Where are you going? I feel fidgety and kick at the kiddie chair next to me. Just for a little walk, not too far.
My tummy hurts and I don’t want to be there. Okay, Ady Maidy? Dad asks. We’ll be back in a jip, Mom adds. Jiff, Dad says.
Wha?
Jiff! We’ll be back in a jiff.
Good grief. She knows what I mean, don’t you honey?
Mom and Dad look at the woman who brought us to this room. I don’t remember her name, maybe it was Ms. Abramsky, but she’s wearing beige polyester pants and a sky blue short-sleeved blouse with a ruffle running along either side of the buttons.
Her arms are folded across her belly. It’ll be okay. Your mom and dad will be here in a minute. I look at my parents. Mom and Dad are right here.
Mom’s eyes are sharp, head tilted, arms across her chest, purse grasped tightly in her right hand. Dad’s eyes are soft, moist. His hands are in his pockets.
I guess I mean Mr. and Mrs. Schoenowitz, Ms. Abramsky says.
Can we step out into the hall? Mom asks.
Yes Mrs. Cahn, replies Ms. Abramsky.
Will, why don’t you stay with Ady, Mom says to Dad. She and Ms. Abramsky step into the hall. The door shuts solidly behind them.
I couldn’t hear what they said, nor do I think I wanted to, but when I was older Mom rehashed the conversations she’d had with the agency.
Everything was fine until I called to say we wanted to adopt Adrianne, Mom remembered saying. I know, responded Ms. Abramsky.
When we first came into this agency we were very clear that we were looking for a baby girl that we could adopt—
I wasn’t here then—
I know that, but it should be in the file because when we were called we were told that you had a little girl from drug-addicted parents and that it would be a long-term foster parenting opportunity that probably would turn into an adoption.
At that time the mother was in jail and the father was nowhere to be found, said Ms. Abramsky. Right...and all the time your agency is telling us, ‘Don’t worry, everything is fine—’
And it was. When you asked about adopting Adrianne we had to try and contact the biological parents, which we did—
Uh huh—
—When Adrianne was born Mrs. Schoenowitz voluntarily put Adrianne into foster care, so we had to try to speak to both Mr. and Mrs. Schoenowitz—
So that’s why we’re here now— —and they wanted to meet Adrianne. What about adopting Adrianne? Is that still in the picture? Mrs. Cahn, we’re a foster agency and in no way an adoption agency. We have certain guidelines. Does one of those guidelines include telling Mrs. Schoenowitz she has the right to take Adrianne back? It took a long time for Mom to get an answer to that question. 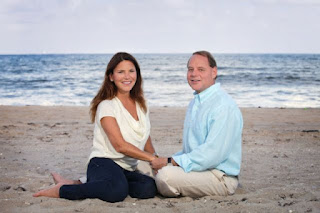 Johnny and Adrianne reside in South Florida with their Yorkie, Holly.  Both are involved in the AA/Recovery community. Adrianne currently works at a recovery house and Johnny continues speaking, sponsoring and helping others in recovery.

To learn more, go to http://www.paintingpiano.com/

PRAISE FOR THE BOOK
“A vivid, moving account of addiction, trauma, and hard-won triumph by two survivors.” – Kirkus Reviews

“I really couldn’t put it down. Johnny and Adrianne’s stories are a story of loss, fear, suffering and true growth that is told in a beautiful format.” – Wally Klein

“Any reader who enjoys a great work of non-fiction, an autobiography, or a story of redemption and triumph in the face of great odds and a difficult history, should absolutely read The Painting and the Piano.” – Tracy Slowiak

“Although it is a non-fiction memoir, the book reads much like a novel: intense and at points, almost unbelievable.” – Red City Reviews