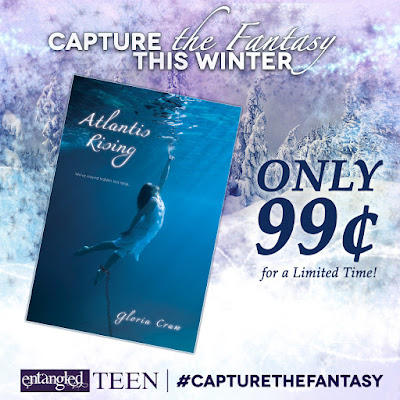 EXCERPT
Ian would be another complication. I’d know before Connor pointed him out that we had AP lit together. I’d stood in the registration line with him last week. He was blond, about my height, with a long, strung-out build that told me he was growing upward faster than outward. My younger brother was going through the same kind of growth thing. Ian’s eyes were an unusual color. From across the room, they appeared to be light blue. But up close, there were flecks of green, like the turquoise stone in a Navajo bracelet my mother owned.
Judging from the way he’d smiled at me, Ian remembered me from registration, too. And it didn’t give me a warm fuzzy feeling.
“You will all be expected to read material in class when called on,” Mrs. Waters continued, “and you will be assigned two in-class presentations each quarter.”
More bad news. In-class presentations didn’t fit with my plan to stay invisible. Mrs. Waters picked up some Post-it notes from off her desk. “I have the names of five poets in my hand,” she continued. “You will each pick a slip of paper and partner with whoever gets the same poet as you.”
My stomach churned as I took my paper and unfolded it. “Lord Byron” was spelled out in dark print. Stomach problems stayed with me for the rest of class and got worse when everyone started searching for their presentation partners afterward. I overheard Connor’s exclamation of happiness when he found out he had Keats, the same as Nate Hopkins. Whether Nate was as delighted as Connor, I couldn’t tell. Ian’s cousin, Brandy, was standing close to Michael Larson, their eyes locked on the Post-it note in her hand. Evidently they were partners, too.
I repacked my things, trying to figure out how I was going to handle the situation. Nervous energy made me drop my class schedule, and it fluttered to the floor. Annoyed, I bent to get it and then started walking without looking up. It came as a complete surprise when I walked into a soft cotton shirt and the surprisingly strong chest beneath it.
Finally, physics class had taught me something I could reference. When two objects collide, the lighter one gets knocked farthest off course. I was the lighter object, and I felt myself careening off balance with no hope of correction.
My last thoughts were that my head was in line to collide with the edgy of the desk where Connor had been sitting, and that the chest responsible for the imminent pain belonged to Ian Palmer. 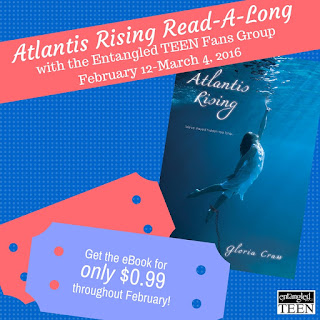 “Atlantis serves as an exciting, fresh inspiration for this supernatural fantasy. On top of that, the mechanics of the dewing’s powers are quite intriguing. In general, the novel is tightly constructed, with each detail building to the novel’s roaring climax. Alison is enjoyably relatable as a self-deprecating but kindhearted heroine, and a romantic subplot dovetails nicely with the main action without overwhelming the story.” - Kirkus Review

“The idea of the dewings is very interesting. The idea that people coming from Atlantis have mental powers which elevate them above the normal humans is fascinating and wonderful. This concept has a lot of power and I think this novel makes an excellent use of it. Alison is a very strong character and her power is very central to her character. She is talented and smart, and refreshingly honest.”  - Fresh Fiction

“ATLANTIS RISING was a surprisingly enjoyable and fresh YA read! The characters were strong, complex, and well developed. Alison and Ian have great chemistry and this is one of the few reads in the YA genre where their relationship seems to take a natural progression. Insta-attraction, but not roll-your-eyes insta-love. Well done. Gloria Craw rocked the world building and pacing as well. Would love to read more of this world and these characters. Definitely stands out from the crowd. Definitely recommend!” - Royalsocialmedia 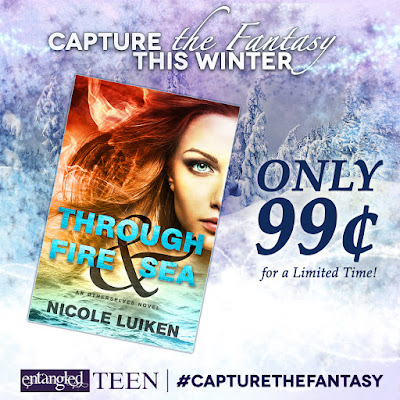 “And you?” Gideon turned her hand palm up and traced the blue vein in her wrist. Her blood throbbed with heat, as if answering the Call of his. “Are you hot-blooded?”

Leah touched the cord he always wore around his neck and followed it down until his shirt got in the way. Carefully, she undid the first button. For a second Gideon stopped breathing. But then his hand seized hers and held her palm over his heart. She could feel it beating—faster, stronger—for her.

"Don't go."
"I have to." A regretful sigh. "And it's best if you don't remember any mermen." He tucked a strand of wet hair behind her ear. His voice stroked her skin like velvet. "Forget me."

“It’s a complicated and thoroughly compelling plot with so many twists and turns, moments of true horror and utter heartbreak….. throw in magic, body-swapping, witches, dragons, murder and mer-men then you have quite a special tale indeed!” – Gizzimomo’s Reviews

“I found myself crying half way through[.]” – Anna, Enchanted by YA

“Gideon, oh my poor sweet tormented Gideon. This guy. Comparatively speaking we don’t see him as much as Leah, Holly or Ryan, but honestly he makes his moments count.” – Lexie, For the Sake of Reading

“Through Fire and Sea is a multidimensional thrill ride. Worlds based on elements, traveling through mirrors, and meeting ‘otherselves’ through the glass, Through Fire & Sea is a gripping epic that’s as refreshing as it is inventive.” – Jordan, Young Adult Book Madness

ASK ME ANYTHING
The banners below, show you the details of the Authors taking part in Reddit's,
Ask Me Anything feature on Reddit.com/r/Books,
and Entangled Teen would really love for you to join and ask them a question or two. 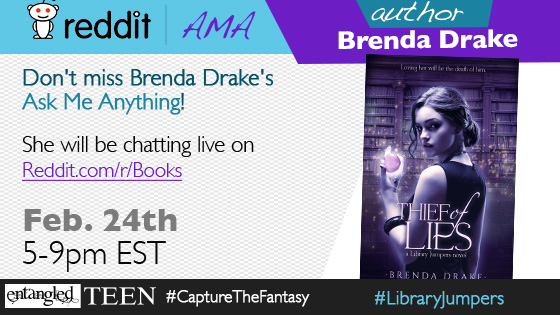 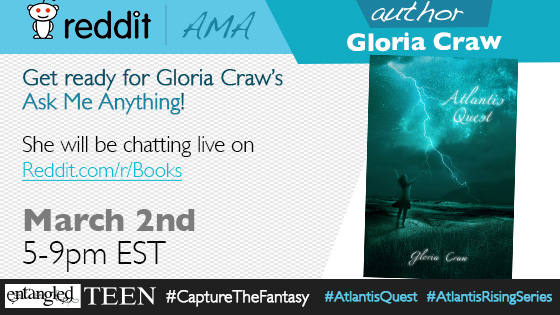 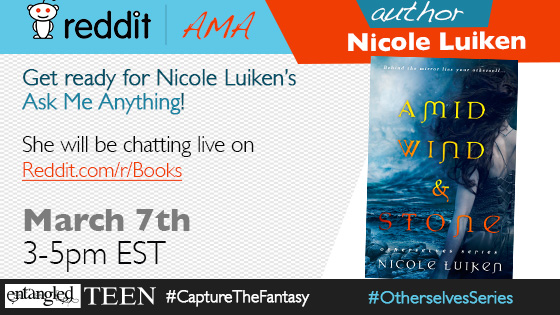