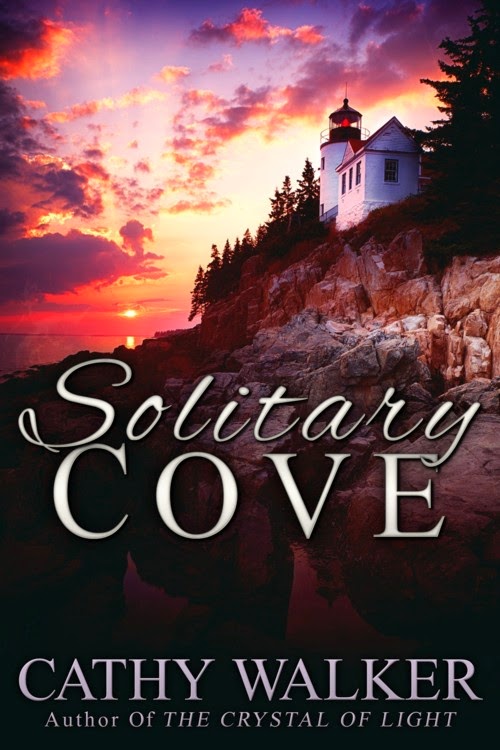 BLURB supplied by the Author
The peaceful town of Solitary Cove will never be the same again. It’s about to be overrun with a movie crew and an assorted group of people all running from something in their lives.
Fleeing her husband’s killer, Nicole Warner rents a lighthouse on the cliffs of Solitary Cove and spends her time writing and living in fear for the safety of those she comes to care about. Determined not to fall in love again, her emotions betray her when she meets Ian Calder.
Living a life filled with fame, fortune, and women, Ian should be happy, but he’s not. He can no longer perform sexually. Searching for elusive fulfillment, he agrees to act in a movie filming in the small Canadian town of Solitary Cove. When he meets Nicole, his life is further complicated by her rejection, his abused daughter’s appearance, and the necessity of protecting both the women he loves from Nicole’s dangerous stalker.

An avid reader since childhood, I used to wake up early in the morning to read before going to school. The books that first fired my imagination were the Black Stallion books by Walter Farley. My daydreams leaned toward finding myself stranded on a desert island with a black stallion only I could ride. Those daydreams helped me make it through, what I considered, the drudgery of school. Who wouldn't rather be romping in the freedom of the outdoors taming a wild stallion?

As I matured, so did my taste in books along with my daydreams. Escaping into the pages of a book captured my attention and pumped my senses like nothing else. Unfortunately, I was always of the mind that I could never actually write a book. You had to be a writer to do something like that. Eventually, I came to my senses. As my fortieth birthday approached, I decided to write a book. I had no idea how to write, what to write about, or even how to begin, but, imbued with Capricorn stubborness, I wrote anyway.

Currently, I am living my life-long dream on 50 acre farm in Ontario, Canada. This move to the country has proven to be time consuming, especially since a friend gave me two baby goats as a farm-warming gift. I have added to the herd and now own 12 goats, not to mention my Welsh pony, 3 dogs and 2 cats.

My husband, Fred, and I, own and operate a martial arts and wellness centre as well as run an archery range and store on our farm. I also work a part time job in order to help feed my menagerie of animals. 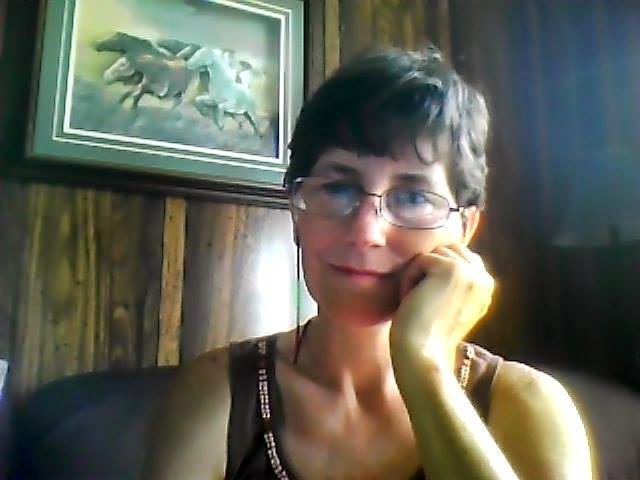 What is your name, where were you born and where do you live now?
Hi. My name is Cathy Walker and I was born in Mississauga, Ontario. After a lifetime of longing and dreaming, I have ended up living on a 50 acre farm with the requisite barn full of animals.

Did it take a long time to get your first book published?
I didn't even consider writing a book until I was 40 years of age, I'm guess I'm a late bloomer, and, yes, it did take a while for me to get published. I sent out the usual query letters, hoping to land either a publisher or an agent, but ended up with a drawer full of rejections instead. That first manuscript remains unpublished and as I look back on it now, I cringe at the thought that I actually let people read it in hopes of getting it published. It is nowhere near publishable as it sits. But, it is a story I'd like to tell and now that my skills have improved, I'm so very tempted to go back and revisit that first story.

Do you work another job as well as your writing work?
Oh, yes. My husband and I own a martial arts dojo, as well as run an archery range and store on our property. I also work part time at a local laundry mat to help supplement my income. Feeding a barn full of animals is not cheap.

What is the name of your latest book, and if you had to summarise it in less than 20 words what would you say?
I recently received my rights back for 5 books from various publishers and am in the midst of re-editing them, putting on new covers, and self-publishing. So far I've published, Sword Across Time, an Arthurian story, and Solitary Cove, a romantic suspense. I am currently re-editing A Witch's Lament, which is the first in a series of books based on the Salem witch trials. These stories have a past/present theme and I was fortunate enough to visit Salem in order to do some first hand research. I also have a romantic fantasy to re-edit and publish called, The Crystal of Light.

What genre would you place your books into?
As you can see by my answer to the previous question, I haven't stuck to one genre. Fantasy, suspense, paranormal. The two things all my books have in common is romance and magic. I will be focusing mainly on the paranormal and fantasy aspect in the future.

Would you ever ask a reviewer to change their review if it was not all positive about your book/books?
No. Of course not. When I put my book out there and ask for reviews, I get what I get. I just had this happen to me actually. A very staunch Christian woman read Sword Across Time, which is full of magic and there is a horrible incident where a single man sneaks into Avalon and kills the priestesses in the name of God. Of course that is the incident that makes the Lady of the Lake bitterly hate all Christians, while Merlin tries to convince her that you can't condemn an entire religion or belief based on the actions of one insane man. The point was tolerance and acceptance. All beliefs have something to offer, but this reviewer saw only the negative said about Christians, even though it was only about this one man. Anyway, she felt uncomfortable, which I'm sorry for, and after writing her review she said that if I didn't want her to post it, she wouldn't. I told her to go ahead and post it, she had the right to her opinion. So she gave me 2 Stars, but stated quite clearly in her blurb that she was giving me 4 Stars for the writing, because overall it was well-written, but because her 'best-friend and Father's name was taken in vain', she could only give me 2 Stars. I know I'll get good and bad reviews. First time Sword Across Time was published, it received amazing reviews. It blew me away how positive people were about the book. Hopefully, now it's been polished and re-published, it will garner some good reviews again.

Are character names and place names decided after there creation? or do you pick a character/place name and then invent them?
Yes. The very first things I do before starting to write are to come up with a title and my characters names. And each name has a meaning. It may be obvious to the reader in the context of the story, or it may just be for my benefit, but as far as I'm concerned, names have meaning and I can't even begin to know my character until I know their name. That is the beginning.

What do you do to unwind and relax? Do you have a hobby?
The very best therapy in the entire world. My animals. I love going to the barn and spending time with my goats or riding my pony, Ginger. I love each and every one of them so very much and they return the love. I always unwind and feel relaxed when I'm with them. Well, except for some of the training I had to go through with Ginger. She was more than a little feisty and it took some very stressful training sessions and a few flying hooves before we came to an understanding. Now, we have a strong bond and I can enjoy being with her. My goats have all been with me since they were young, most of them I've bottle-fed and they are so intelligent and lovable. Yes, nothing is better than the animals at the barn.

Did you have a favourite author as a child?
I truly loved reading when I was younger. I'd get up an hour or more before I had to in the mornings so that I could read before going to school. I read the Nancy Drew, Hardy Boys, and Trixie Beldon books, but my all time favorite series was the Black Stallion books written by Walter Farley. It seems as if I've loved horses my entire life and those books certainly fed the love.

What piece of advice would you give to a new writer?
I think the first advice that pops into my mind, is to please make sure your books are well-edited before either self-publishing or sending out to a publisher or agent. These days it is so easy to get online and publish your work, unfortunately most first time authors THINK their work is fine, but in many cases, it's not. As I mentioned earlier, I look back at my first manuscript and see so many things wrong with it. Don't be in a hurry. Develop your skills. You'll be better off.

Which do YOU prefer?

Paperback or E-book?
*Both, depending on where I am and what I'm doing.

Read a book once/Re read books more than once?
*Once in most cases. There are so many books and so little time.

Action, Drama, Mystery, Romance?
*Action with some romance mixed in.

Morning or Evening?
*Morning. Once I've managed to climb out of bed, it's good.

Early Nights or Late Nights?
*I usually go to bed around 11:00 pm, but whether that is considered early or late would be relative I suppose.

Optimist or Pessimist?
*Optimist, but it takes effort.

Spring, Summer, Autumn or Winter?
*Summer, all the way.

Long Hair or Short Hair?
*On me, I'd love long, but have it short because who has the time. On men, short, with the very occasional exception.

Wine, Beer, Soft Drink?
*I love Coca-Cola, but keep it limited to 1 or 2 a week. Coolers are usually my alcoholic drink of choice, very occasionally.