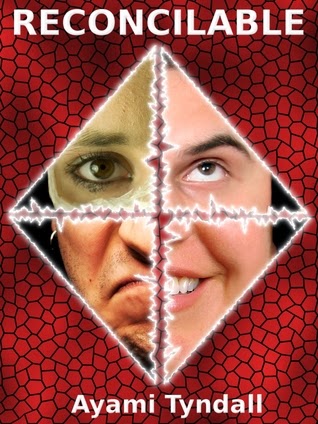 BLURB from Goodreads
Safe within the impenetrable firewall, Users lead documented lives, everything they do recorded by the omnipresent Cloud. Outside, Ghosts linger on the edge of society, known but unrecorded and unwelcome. Now one Ghost's refusal to conform will challenge the system and expose sides of humanity thought impossible. As the threat of war looms, Ghosts will find entry into the Cloud, Users will be cast out and every distinction will be blurred. 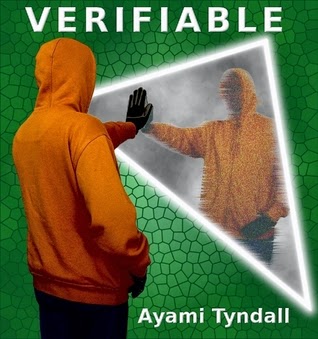 BLURB from Goodreads
In utopia nothing is unknown. The Cloud sees, records and shares everything. Apps can tell you anything about anyone from anywhere. No secret can be kept, no wrong can be done...except by a Ghost. Invisible to the Cloud and overlooked by humanity, these shadow people lead hidden lives off the grid. Unrestricted by the Cloud, a Ghost is capable of anything, even destruction.

But with their freedom comes the curse of isolation. Trapped on society's fringe, their exclusion from the Cloud also allows others to act against them in secret. A group of Cloud Users, the life of each touched by a Ghost, is following the trail of disjointed memories and faulty recordings. They threaten the fragile existence of the Ghosts, but among the Ghosts lurks the threat of violence and evil, so now these two worlds will clash.

For the Ghosts, it is another round in their fight for survival. For the Users, all they know is now in doubt. To find the truth they will have to see past the Cloud, but what they find there will challenge everything they took for fact about the Cloud, about the Ghosts, and about themselves. 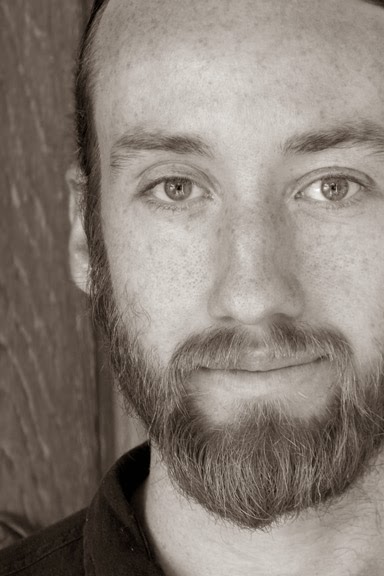 What is your name, where were you born and where do you live now?
My name is Ayami Tyndall and I've lived my entire life in California, mostly in the oak strewn foothills of the Sana Ynez Valley.

Did you always want to be a writer? If not what did you want to be?
I had a few early brushes with writing, but for many years marine science was my main goal. It was only as a teenager that I realized the physical sciences weren't for me, so I began moving toward computers and writing. So far that's been a good combination.

When did you first consider yourself as a "writer"?
It took a few books. At first I thought I might just be messing around, that it would be another temporary hobby. But as the manuscripts piled up and my list of future ideas kept growing, I knew I would never stop writing.

Do you work another job as well as your writing work?
I am a computer systems architect and currently work in health information technology. The strict, analytical process of designing and managing computer systems is a fascinating counterpart to the creative, often chaotic process of writing.

What is the name of your latest book, and if you had to summarise it in less than 20 words what would you say?
My most recent book, released in April, 2014, is called In The Clear. It is about a flying explorer's return to the depths of Saturn, where her past is waiting for her.

What genre would you place your books into?
Science-Fiction, no doubt.

What made you decide to write that genre of book?
Science-Fiction has always been my favorite genre (of books, movies, video games...music?). I love the process of exploring how the world could be and examining humanity from a different angle. Science-Fiction creates lenses to broaden our perspective.

How long have you been writing?, and who or what inspired you to write?
I started penning my first novel just over five years ago and have been going about non-stop since. I'd been toying with writing little bits of science-fiction since I was a kid, probably mainly spurred on by my love of Star Trek. What really got me to start writing seriously, though, was the simple realization that I had ideas I hadn't seen done, so I decided to do them.

Do you have a certain routine you have for writing? ie You listen to music, sit in a certain chair?
I love music and listen to as much as I can, especially when I'm writing. It helps filter out all the distractions and lets me focus. The only time I prefer quiet is when I'm walking, which I do daily. Being in motion really helps me think and I have some of my best ideas on the trail. I'll often be mumbling dialog to myself as I hurry back to my notebook.

What was the toughest/best review you have ever had?
Toughest would be the first for one of my early novels; it compared me to some well known authors, but not entirely kindly. The best would be the first unsolicited review I got on Amazon. It was a vindicating feeling to know my book was good enough to inspire someone to write a review, without me even submitting a request.

Do you basic plot/plan for your book, before you actually begin writing it out? Or do you let the writing flow and see where it takes the story?
I am a plotter, in writing and everything else. My stories start with an idea, then an ever growing notes document where I scribble down all my ideas in no particular sequence. Then I start ordering it more by doing a flow-chart outline of the story. By the time I begin on the manuscript, I've usually put down half-again as many words of notes as will be in the final publication.

How do you market/promote your books?
That's the trick, isn't it? I've experimented a lot, especially with serialization. Now I mostly focus on getting my books into the hands of as many reviewers as possible, then through them to their readers.

What do you think makes a book a really good/bestseller?
Bestseller? Wish I knew. I've read terrible bestselling prize winnings and masterful little stories no one has heard of. What makes a book great is its connection to the reader and its ability to open a new window onto the world.

What do you do to unwind and relax? Do you have a hobby?
My walks are half-creative, half-relaxation. I also like to read indie science-fiction and the Popular Science website and to cook while listening to Internet radio.

Is there a certain Author that influenced you in writing?
Orson Scott Card was one of the first science-fiction authors I took to and he probably influenced my earlier books more than I'd care to admit. His simple, powerful writing helps remind me to leave the flowery prose in the drawer and focus on the matters: making it seem real.

Which format of book do you prefer, ebook, hardback, or paperback?
I was skeptical of eBooks right up to the point I opened the box of my first Kindle. I've never looked back. eBooks make such a wealth of literature instantly available that it is nothing short of revolutionary. I probably read twice as much as I did before I had an eReader and it is thanks to eBooks that I've been able to get my books out there.

What is your favourite book and Why?
My favorite novel is Do Androids Dream Of Electric Sheep, and it was a surprise. It was the first story by Philip K. Dick I read, and I'd already seen the movie, Blade Runner, based on it, but the book just blew me away. From the first page, the intense atmosphere and sense of fatigue of the characters is gripping. When someone asks me what good Science-Fiction is, that's where I point them; an exploration of the human condition made unique by its Science-Fiction perspective.

Do you think books transfer to movies well? Which is you favourite/worst book to movie transfer?
I think books can inspire good movies, but it is difficult, if not impossible, to truly transfer the spirit of a story between mediums. The Prestige is one of my favorite movies, but it changes a lot from the also-great novel. Ender's Game is one of my favorite novels, and the movie hews very close but struggles to capture the nuance of the original prose. Both are good mediums that I indulge in daily, but each has its own purpose.

What are you currently reading? Are you enjoying it? What format is it?(ebook, hardback or paperback)?
I've been reading a lot of indie science-fiction eBooks recently (scoping the competition, shh...) and right now I am half-way through Nimbus, by B. J. Keeton and Austin King. It is a fun steampunk adventure and I am curious to see how the characters develop.

Is there anything in your book/books you would change now if you could and what would it be?
Something I have always really worked at doing is to remove myself from my stories, to make the author as invisible as possible. I want the reader to forget the storyteller is even there, and some of my early stories had far too much self-indulgence. Too much of me, not enough of the characters themselves. I continue trying ti distill myself out of my stories as much as I can.


Keep at it. Never stop. It only takes one bestseller to get your name out there, so keep writing. Everyone has a unique life and unique stories to tell.
Posted by Jeanz xx at 17:00