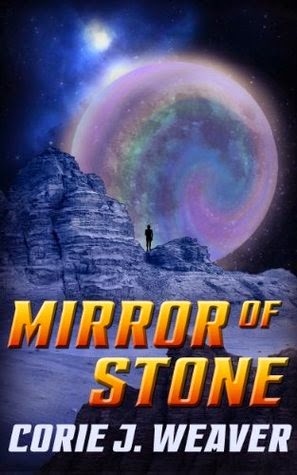 BLURB from Goodreads
Trapped by her mother’s death into caretaking for her alcoholic father, sixteen-year-old Eleanor Weber dreams of escape, but doesn’t know what else to do with her life on the backwater colony moon of Travbon. The death of an old prospector in her family’s inn puts an extraordinary object in her hands. Over time the object bewitches her with scenes of a mysterious city populated by strange figures. When Eleanor’s Aunt Susan threatens to take the bar from her, Eleanor realizes her father can no longer help anyone, and runs away to find the beautiful city. Adam Cole resents his work. Stuck in his job as a Guardsman, kept from joining the Navy and defending the interplanetary traders from unknown attackers, he is sent after Eleanor with puzzling orders. Retrieve the girl and more importantly, the pack she carries. Adam’s grandfather Jake Cole, a veteran of the civil war that shook the Claro system fifty years ago, helps Adam trace threads of the mystery back to the shadowy Olympia Norris, the old woman who rules the governing council. Together, Eleanor and Adam must race to expose the secret that Olympia has hidden for two generations, and prevent an impending genocide. 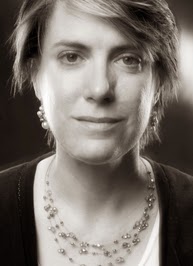 What is your name, where were you born and where do you live now?
I'm Corie Weaver, and I was born in New York, but we moved around quite a bit. I live in New Mexico now, with my husband and a household of rescue dogs and cats.

Did you always want to be a writer? If not what did you want to be?
I didn't plan to be a writer. I went to school and got a degree in history, actually. I love the stories and the people and the passions that shaped the world we live in today.

When did you first consider yourself as a "writer"?
I started jotting down quick little stories - flash pieces, really.  My roommate at the time thought they were funny and I started sharing them online. Then I had a piece that wouldn't stop, and I realized it was a full fledged novel!

Did it take a long time to get your first book published?
I submitted to publishing houses and agents for about two years, got discouraged and stopped. A friend from an online crit group had started self-publishing, and after watching her experiment, I decided to see how that would go.  I'm tickeled with the results so far!

What is the name of your latest book, and if you had to summarise it in less than 20 words what would you say?
My latest book is Mirror of Stone. Summary: On the frontier moon of Travbon, sixteen-year-old Eleanor Weber stumbles into a government conspiracy and must run to survive.

Who is your publisher? or do you self publish?
I've been self-publishing, and very much enjoying the process. After a number of conversations with readers and parents, I've decided to start up a micro-publishing house to try to give a little help to more authors writing young adult and middle grade science fiction and fantasy.  I know there are lots of great stories out there, but sometimes self-publishing can be a lot to take on.

Which of your books were easier/harder to write than the others?
Mirror of Stone was certainly the hardest to write - over 10 years from that first scene to hitting publish on Amazon!  While I was working on it and letting it rest I wrote two middle grade fantasy novels. They were considerably easier.

Do you have plans for a new book? Is this book part of a series?
Mirror of Stone is a stand alone book, but now that its finished I've realized there are more stories I'd like to set it that world.

What genre would you place your books into?
Young Adult and Middle Grade Science Fiction and Fantasy.

Do you have anybody read your books and give you reviews before you officially release them?ie. Your partner, children, friends, reviewers you know?
Oh heavens, yes.  I'm lucky to have a great group of friends and beta readers to give me feedback, even after I think I'm done working with the editor and crits!

How do you come up with the Title and Cover Designs for your book/books?Who designed the Cover of your books?
The titles of the books resolve themselves as I'm working on the story. Usually about half-way through writing, I know what works for me for the title. All of my covers so far have been done by the talented Glendon with Streetlight Graphics.