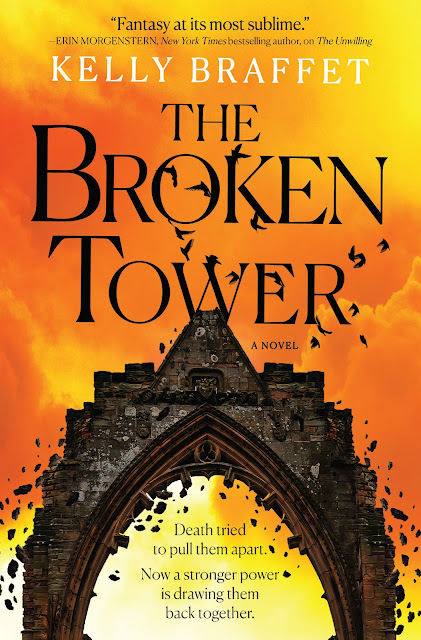 BLURB supplied by Harlequin Trade
The sequel to Braffet’s The Unwillling, a deeply immersive, penetrating tale of magic, faith and pride, in which Judah’s power, once splintered, is now restored.

Death pulled them apart. The tower’s will pull them back together.

Judah the foundling has survived her own death, only to find herself in an unknown forest. Nearing a second death from exposure and exhaustion, she falls in with two vagabonds with their own mysterious pasts. Gavin and Elly, having been secretly spirited away to a deserted wilderness guildhall, are rescued in a raid, but soon find themselves surrounded by enemies, and in even more trouble. In New Highfall, the Seneschal has freed the captured Nali chieftain from prison only to force him to experiment with the creation of a new kind of bond. The Slonimi very much want to find Judah so that they can unbind the power held in the tower, even if that means sending their strongest, most ruthless Worker to dig Judah’s location out of Nate’s mind, and even if he doesn’t survive the process. All any of them want is to be left in peace. But now they all have only one choice: fight for their lives, or die. 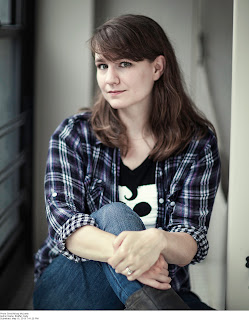 Kelly Braffet is the author of The Unwilling, Save Yourself, Josie and Jack and Last Seen Leaving. Her writing has been published in the New York Times, Vulture.com, as well as The Fairy Tale Review, Post Road, and several anthologies. She attended Sarah Lawrence College and Columbia University and currently lives in upstate New York.

THE MAGUS TRAPPED JUDAH AND GAVIN IN THE tower. He wanted her to kill Gavin, to accomplish something he called the Unbinding. And obviously she refused to do that, but the only other way out of the tower had been to jump. So she’d jumped: away from Gavin and the magus and their hands that tried to grab her, through the empty space where the tower wall had been sheared away long before she’d been born, and into the clear emptiness of midair.

Where she’d had time to look down to the brush at the bottom of the light well, contemplate what she’d done, and think, Oh, no.

Then she’d seen—felt?—an enormous flash of purple, and a bizarre sense of being emptied and filled at the same time. Faces flashed through her mind: the magus’s mother and an unfamiliar old woman with flinty eyes. Then everything was white and silent and nothing and peace.

Only gradually did she become aware once more of her own existence, of the actuality of a person named Judah. Eventually she remembered her body, and at some point later, that bodies usually wore clothes; and then she was wearing her gown from Elly and Gavin’s betrothal. The gown was the pale green of new grass, the loveliest thing she had ever owned. Experimentally, she thought feet and felt the dry crunch of leaves beneath her toes. Then she thought trees, and tall smooth trunks melted into view out of the mist. She decided she’d died in the jump after all, and death was a featureless span of white from which a person could form whatever they wanted. Which was an infinitely more pleasant afterlife than any she’d ever been promised or threatened with; who could complain?

She’d kept walking through the forest where she found herself, where a great many ferns grew no higher than her ankles, and round silver-white boulders broke through the soil like fish through water. When she’d first thought trees she’d been thinking of the orchard, where the trees were short and neatly pruned and the air smelled like cider. Here, it smelled like loam and something brackish that she could taste in the back of her throat but not quite identify, something that crept over her like winter fog. The leaves on the straight, white-barked trees had a bluish cast to them, as if chilled.

Barefoot, with her shoulders exposed in the elegant dress, she realized that she was cold, too. She tried thinking coat, envisioning Gavin’s quilted riding jacket, and then boots, picturing the ones she’d adopted from Theron and then lost in the pasture with Darid. Nothing happened. Whatever power she’d had to create in the white was gone. After a while, she realized that the taste in the back of her throat and the creeping chill meant snow. Further, she realized that regardless of what had happened to her when she’d leapt from the tower, regardless of where she’d landed, regardless of whether she was alive or not, and regardless of a dozen other factors that presented themselves in fairly short order—lack of fire, lack of food, lack of shelter—regardless of all of that, she was coatless and barefoot in a strange forest, which appeared, despite all theories to the contrary, to be real. And she was wearing a ball gown. And the snow was beginning to fall.

All of which led to one final realization: she was in trouble.