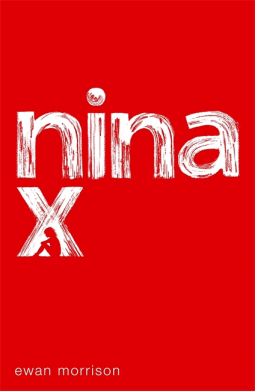 BLURB from Goodreads
Nina X is loosely inspired by the real case of a tiny Maoist cult in London whose leader kept five women trapped for more than twenty years.Nina X has no books, no toys and no privacy. She has nothing that might be described as love. Her closest emotional connection is with the birds she sees outside her bedroom window, when she is daring enough to remove the plasterboard that covers it. She has never been outside her small south London house. She has never met another child. She has no mother and no father; she has a Leader (a man), and she has three female comrades. The all-powerful Leader has named her The Project; she is being raised in total ideological purity, entirely separated from the false gods of capitalism and the cult of the self. He has her record everything in her journal, to track her thoughts; he makes her revise the entries obsessively, until they fit with his narrative. Her words are erased, over and over again.

REVIEW
Wasn’t sure about this title….I mean had Katy given permission for this book and spoken to the author? or is this book just a fictional story based on an element or two that this author has chosen to concentrate on based on what this author has read about Katy’s time within the cult and the possibilities of what problems she would have integrating back into society
I had extreme mixed feelings about reading this book which I think I can honestly say I wouldn’t have had if I hadn’t already read CB. I would have taken Nina X and simply read it on the strength of its own blurb.

The cover is a bright eye-catching red with Nina X “painted” on it, which is a reference to the fact that every where in the cult home was white-washed. I think the little lonely figure half hiding, half sheltering under the X is a great visual for a scene within the book and the image also manages to put across how Nina X is feeling alone, scared and hiding. The genre I have seen listed for this book is general fiction, and I would say based on reading the “real Nina X” biography that this is book is a fictionalisation of part of her life, so it is fiction created around a real life person

The book concentrates on the period of time in Nina X’s life when she has gained her freedom and is the beginning of a lot of changes for her. This book covers how Nina meets her social worker Sonia and how Nina is sent to various professionals. The book illustrates how someone with complex needs like Nina X could so easily slip through the cracks between different government agencies.

I enjoyed reading the parts in the book around the character called Cas. Cas works for social care and drops in and helps or should I say attempts to help Nina learn how to be “free”. The things Cas needs to help teach Nina X are things we all do every day and probably take for granted or never give a second thought to, like walking to the local store to buy something for tea, making a snack, catching a bus. Nina struggles with the most simplistic tasks and the time Cas has with her is limited as of course she has other people to see/care for too. One of the larger problems Nina X has is attempting to learn how to interact with people as Nina has no idea of personal body space and boundaries. Nina X is still very child-like and had been deprived of physical contact. Meaning when she is feeling happy and wants to convey her gratitude, she may fling her arms around someone and kiss them. Nina X also reads lots of magazines with articles such as "how to make yourself more desirable for men" which she becomes engrossed in and tries to remember the whole article and what it said she needs to do.

Nina X struggles with not writing everything down a daily detailed diary like she had to do when living with her comrades in the cult. Nina X also finds it difficult to refer to herself as I, rather than “Nina X” or “the project”. Being in “Freedom” as Nina X calls it is a big scary place for her. I thought that “Charity Sonia” was depicted in a poor light in comparison to how the real Nina X refers to her in her own biography.

My immediate thoughts upon finishing reading this book were that it was an interesting, eye opening book. It certainly makes you think of the saying "You never know what is going on behind closed doors". This one specifically says it is fiction based on true events, and having read the biography Nina X/Katy wrote I will say some names and circumstance have been adjusted.

My final thoughts were that I enjoyed reading it, but it had a lot of sections either the same as or similar to Caged Bird which I understand that it would have as its based on Katy's story but I also noticed that some of the names of key people were different and some of the things that happened in Katy's book have been tweaked which made it feel quite different. This book covers the period of life when Nina X/Katy first left/escaped the house and the comrades. It concentrates on Nina X/Katy's experiences with social services and the mental health interaction. This one does flash back to different episodes that occurred whilst Nina X/Katy were still in "captivity" and under the influence of the cult leader Comrade Chen. 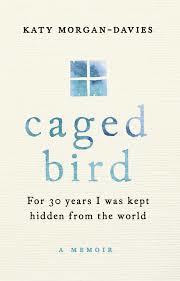 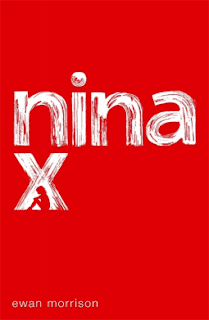 If I had to choose between Nina X and Caged Bird which book would I choose to read solely on blurb? Caged Bird would be my choice

Now having read both book which would I recommend?
I enjoyed reading both of the books but if I had to just choose one it would be Caged Bird. And why?
My reasons for why would be that Caged Bird is written by the real Nina .. .Katy Morgan-Davies. It is Katy Morgan-Davies own biography.

Having asked and anwered the above questions it made me ask the following questions too.
Nina X seems to be based on Caged Bird so is Nina X a fictional idea of events that may have occurred by an author who has heard/read? Katy’s story? and Did Ewan Morrison meet Katy? Did Katy give any info for EM to base his “fictional” pieces on around Sonia & Cas the parts of the book not gone into detail about in Caged Bird.