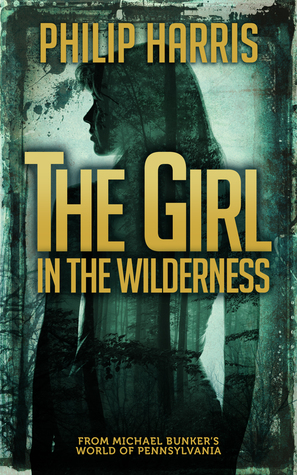 BLURB from Goodreads
Now that she’s alone, Leah has nothing left to lose…Leah feels almost nothing now that her father is dead. When she sees the Transport Authority destroy another village, she remains cold as she flees back into the wilderness. Her only thoughts are survival and revenge, but the latter takes hold as she learns a secret about her father’s killer that changes everything… To avoid capture, Leah must work with TRACE, Transport’s sworn terrorist enemy. While she’s resistant to picking a side, she finds a kindred spirit in a battle-weary operative. As the attacks grow more and more frequent, Leah will need to make a choice: fight for a worthy cause or lose herself in a mindless quest for revenge…

REVIEW
I was looking forward to reading more of Leah's story so was eager to read this when I saw it was available. I enjoyed reading this book, though not quite as much as the first book, The Girl In The City. This book picks right up where the other ended. . .Leah watching the city burn. She see's a boy escape the flames only to be shot by the transport soldiers.
The cover shows the outline silhouette of Leah with the forest trees being featured as part of the scene too. I think this cover fits in with the cover of Girl In The City. . .though the colours on this books cover are darker which fit well with the darkness and danger all around from the transport soldiers.
The genre obviously falls into the same Sci-Fi, dystopian area but the post apocalyptic parts of the book are more abundant in this book. In that we as readers experience the wastelands that Leah is forced to navigate to keep away from the corrupt, tyrannical transport organisation and its soldiers. We also see a more flattering side of TRACE, they are seen more as the saviours and freedom fighters, than being the ones causing the trouble in this book. We also learn more and meet some of the "wild ones" in this second book/novella. Leah is terrified when she is "captured" by them. Imagining and reliving in her mind all the horror stories she has heard about them. So we as readers see a different side of the "wild ones" too.
Leah still remains a favourite character for me, not just as she is the main character of the book/novella. We as the reader learn what is the truth and what the government/transport have fabricated at the same time as Leah does.
In this book Leah also contemplates both whether it would have been easier to have just died along with her father, she also realises that if she hadn't seen the destruction with her own eyes that she too would have been easily fooled by the government. . and believed TRACE were responsible for the carnage.
When Leah meets Alice and finally trusts her enough to talk to her she finds out she is "different". Leah doesn't have either B.I.C.E or Trid. People irritate her repeatedly asking Leah if she is Amish. Leah has no idea how it has happened that she has neither device implanted. Later in the book Leah attempts to access records to find out why she did not have a Trid or B.I.C.E implant. Through Alice, Leah gets to meet TRACE, though initially rejects becoming one of them, preferring to go off alone on her own agenda.
Leah also comes across Katherine again in this book along with the woman she saw order New Leighton to be burnt down to the ground. Does Katherine give away who Leah is?
Leah also meets people that belong to/with "the wild ones".  She is captured by "the wild ones" and is treated roughly, her arms bound then dragged along, making her feel like her arms are coming out of the sockets. Naturally after all the horror stories she has heard she is petrified that they are going to eat her!
I did enjoy this installment of Leah's story, there was certainly more characters to meet and plenty of action scenes. It has made me want to learn even more about Leah. If this novella answered a few questions raised from the first novella, it also has you asking even more!
If you read the first novella you really need to read this one too. I am finding The Leah King Series highly addictive reading. So looking forward to reading more!