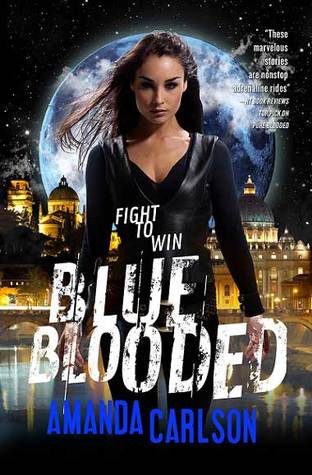 BLURB from Goodreads
Jessica McClain is on the hunt for her destiny. She arrives in Baltimore to find that her quest has reached a dead end and only a note remains. Forced to do as it says, or die, Jessica and her crew must head overseas.They arrive to discover Julian de Rossi, the Mediterranean Pack Alpha, is double dealing with a powerful goddess and Tally is still missing. With help from a divine source, they engage in an all out war—one that must end in a sacrifice. But is Jessica ready to pay the ultimate price?

REVIEW
To say I couldn't wait to read this book was an understatement! I was really looking forward to catching up with Jessica and all the other supernatural characters in this book. I did put it on my kindle/tablet to start reading on the 19th but due to being ill I couldn't even read, yep I was that ill! It was really frustrating not be able to read this book straight away! So I actually began reading the book on the 26th of December. I could feel myself being pulled right back into the story again. As for the characters it's like meeting up with old friends.

The cover has Jessica featured prominently in he middle of it which fits really well with the plot of the book as Jessica is front and centre in the majority of the action! The moon is once again featured in the background, which both ties in with the other covers as well as being there because of its importance to the wolves and in this book it's even more important as the Coalition with say their vows under the moon. The byline on this cover says "Fight To Win" and is exactly what has to be done, not just by Jessica but by other various characters too. (I can't say which characters as that would involve spoilers! so forgive me for being a little vague). My usual would the cover make me pick this book up from a book store shelf is a definite yes.

The genre's this book falls into like the rest of the series are paranormal, urban fantasy, shape shifter, and more. I'd say there is a definitely a supernatural in this series to suit every reader.

In this book Jessica is having to follow directives from Enid. Enid is naturally angered with Jessica for killing the host body that her sister Bianca would have been re-born into. Jessica, Rourke, James, Marcy are joined by Kayla and they are helping her find her brother Jax as well as looking for Danny, Naomi, and Tally. There's the added pressure of the new coalition being formed very soon but first fate has a few twists and turns for Jessica to work her way through.
I found the gang being in Italy interesting as Amanda also included information about the genuine surroundings and landmark, tourist place of Italy. I found the new characters fitted in well with the existing ones and I soon became attached to Kayla and Ajax (Jax for short). In this book we meet more of the Mediterranean Pack.
There are lots of different supernaturals featured in this installment of the series, shape shifters (werewolves, cats, fox), vampire, fae, witches, seers, warlocks, kitsune, and ....(I can't say as it would be a spoiler). As for a favourite character, how can I choose just one? I mean of course I love Jessica! She has remained kick butt and true to herself throughout the series so far. It is continually hinted at in this book that she will have to make a great sacrifice. When asked if she will do this, she doesn't simply say yes blindly to get what she wants at the time (freedom of her kidnapped friends). In fact she actually says no, explaining if the sacrifice was to murder someone in cold blood or a member of her family she would be unable to do so. Eventually somewhat of a compromise is put forward and Jessica agrees to make a sacrifice when it is necessary. We find out what it will be later in the book that the sacrifice will not only affect Jessica, but will deeply affect her mate and by extension her family and pack. However fate has spoken and what will be. .  will be. I guess we will find out for sure in the next book.
Everything builds up and there is a large confrontation in the book, that could change everything in both the supernatural world and the human world. Though there are supernaturals on hand to make sure events turn out as fate intended them to.

I could easily go on and on about this book and what happens, the new supernatural characters we meet and the new planes that are revealed to both Jessica and us the readers. I found this book an amazing installment in a truly brilliant series. So I do not reveal any spoilers from this book, or the previous books I think I have to stop here, but please take my word for it this is a must read series!

Personally I find series is more addictive with each and every installment. Amanda Carlson has delivered a fantastic read once again. I totally adore this series and it's brilliantly crafted characters and plot. Definitely, desperately want to read more of it! I love everything about this series and its captivating characters!

I have been asked who/what author/books I would compare this series to. I have read and adored and would compare the Jessica McClain Series and it's author Amanda Carlson as being as good, (I never thought I would ever say this as I was besotted with the Bitten Series) if not even better than, Kelley Armstrong's Women Of the Otherworld! There are some fantastic shape shifter series available right now. Others I would recommend are Karina Espinosa's Mackenzie Grey series, J.A. Belfield's Holloway Pack series and Lauren Dan's Cascadia Wolves Series too. (which is being re-released by Carina Press).