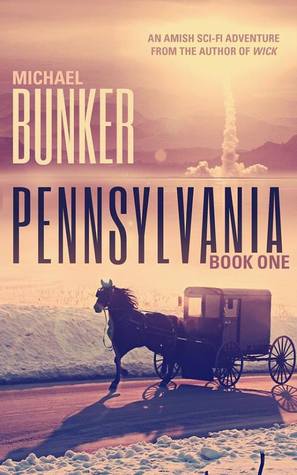 BLURB from Goodreads
Jedidiah Troyer just wants to start a farm and homestead on some affordable land in a new Amish community, but... what if the only good, cheap, available land was on another planet? So now Jed has signed up for an emigration program that is intent on colonizing the distant planet of New Pennsylvania. He faces a despotic government agency at war with rebels, the caprices of interstellar travel, a shadowy futuristic insurgency on his new planet, and more mysteries than he can count as he tries to fulfill his dream of owning his own farm. Space pioneering isn't as easy as it sounds when you're "plain." Things might work out for Jed... if he can ever get to his new home.