BLOG TOUR - SHADOW OF THE COALITION - THE TWO TOWERS BY JAMIE A. WATERS 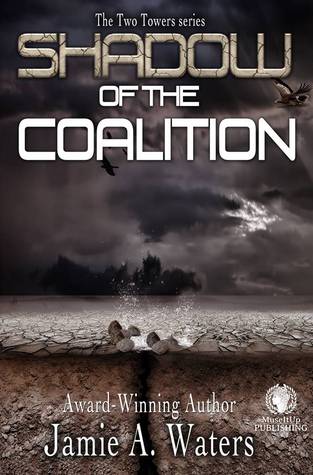 It's been a month since Kayla, a headstrong ruin rat, and Carl, an OmniLab trader, returned to the surface. After she helped to restore control of the towers to those who would look after the best interests of the people, she'd found herself irrevocably bonded to Alec, the new co-leader of the High Council.

Although her heart belongs to Carl, she finds it difficult to resist the strange bond between her and Alec. Caught between learning how to handle her new emerging abilities, mysterious earthquakes, and a strange group seemingly intent on targeting OmniLab, Kayla and Carl are once again swept up in events that threaten to change the entire future of the towers.

EXCERPT
Kayla got down on hands and knees to crawl between the floor and a collapsed ancient wall in Sector 12. It would be a tight fit, but she’d navigated worse in the past. Taking a deep breath, she sucked in her stomach and squeezed through the narrow space.
Getting up, she brushed the dirt off her visor and shone the flashlight around what appeared to have once been a common room. Living room, she remembered. Although, there definitely wasn’t anything living in the room now. A thick shroud of dust and debris coated the surfaces within the room. The remnants of an old fireplace stood in the corner and pieces of broken furniture were scattered on the floor.
Closing her eyes, a deep breath helped to focus her thoughts. Using what she now knew as energy threads, she opened up her senses to explore the hidden world around. The darkness fell away, embracing the energy swirling in the ruins. The energy had the flavor of an almost living thing, inviting her to tap into it. She shivered as it poured in and her blood hummed with the rush of power. Her fingers unfurled as the energy became an almost tangible thing.
She basked in the warmth and excitement of the intoxicating power. As the energy flowing through her increased, it was a little easier to ignore the sense of wrongness and longing she suspected was from being separated from Alec.
It had only been six weeks since she left OmniLab towers. After she helped to restore control of the towers to those who would look after the best interests of the residents, she'd found herself irrevocably bonded to Alec, the new co-leader of the High Council. Even though he was enigmatic and alluring, the shared energy bond scared her more than she wanted to admit. He was likeable enough, but it was an OmniLab trader named Carl who had truly touched her heart.
Her face warmed at the thought of Carl. Even though they'd known each other for almost a year, it wasn't until she recently joined his camp that she began to see him in a new light. The man had a quick mind and was incredibly devious, two traits she greatly admired.
Living as a ruin rat on the surface was a constant challenge. Survival was sometimes dependent upon outsmarting the OmniLab traders and their crews. Kayla enjoyed the challenges Carl provided, pitting her will against his. He seemed to understand her better than anyone else had in a long time. Of course, it didn't hurt that he was sexy as hell too.
With a sigh, she pushed away the errant thoughts and focused back on the dilapidated room. The energy continued to flow around her, and she focused on channeling it until the mental image of the room began to shift and transform. The dingy walls became brightly painted surfaces covered with family photographs. A child played on the floor while her parents sat on the couch and watched an antique vidviewer on the wall.
She opened her eyes and stared at the verisimilitude of the ruined room. A wave of vertigo swept over her as the mental image overlapped with reality. Shaking her head, she pushed aside the image but the memory of the past refused to leave completely.
An old photograph caught her attention and she crossed the room toward the cockeyed frame. The glass was cracked and the picture faded, but she gasped at the sight of the image. The family looked exactly like the one she'd imagined. The energy flow spiked, and she swallowed nervously trying to regain control.
Veridian’s voice interrupted over her headset. "Kayla? You okay? Your vitals just spiked."
"Uh, yeah. Sorry about that," she said in a rush, not wanting to alarm her scavenging partner on the surface. He'd been monitoring her progress for the past hour. "I just found an old photograph and it surprised me. That’s all."
Okay, Kayla, keep it together. You know this energy shit is freaky and you haven’t figured exactly how it works yet. Just relax.
A slight vibration under her feet caused her to freeze. The floor felt secure, but vibrations didn’t usually happen without reason. More curious than alarmed, she bent down and pressed her gloved hand against the ground. The vibration grew stronger.
"Kayla, get out of there now!" Veridian’s voice shouted over the headset. "We’ve got seismic activity on the monitors."
The walls began shaking violently. A rumbling noise grew in intensity. Dust and debris fell around her. She crouched low against the wall, powerless to do anything else. The picture frame on the wall crashed to the floor. There was a loud cracking noise and she threw her arms up over her head as part of the ceiling collapsed. 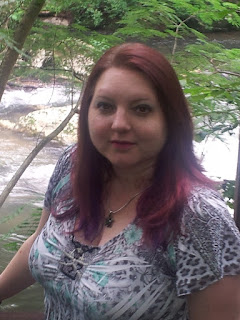 Jamie A. Waters is an award-winning, science-fiction and paranormal romance writer. Her first novel, The Two Towers, was a winner of the Readers' Favorite Award in Science-Fiction Romance and the CIPA EVVY Award in Science-Fiction. The highly anticipated second book in the series, Shadow of the Coalition, is scheduled to be released Summer 2016 by MuseItUp Publishing.

Jamie currently resides in North Carolina with her teenage son and two neurotic dogs who enjoy stealing socks. When she's not pursuing her passion of writing, she's usually trying to learn new and interesting random things (like how to pick locks or use the self-cleaning feature of the oven without setting off the fire alarm). In her downtime, she enjoys reading on her Kindle, playing computer games, painting, or acting as a referee between the dragons and fairies currently at war inside her closet. 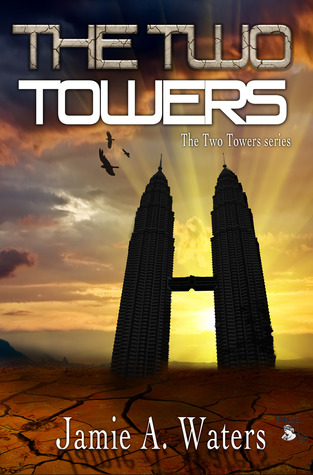 BLURB from Goodreads
One hundred and fifty years after the earth was ravaged by war, the two self-sustaining towers built by OmniLab continue to offer a safe haven for those who paid the hefty price to assure their family's survival. But on the surface, there are others who have survived over the years struggling to barter and trade artifacts found within the ruins of the crumbling cities in exchange for critical supplies.When Kayla, a ruin rat skilled in computer hacking and scavenging, discovers a strange artifact known as The Aurelia Data Cube, she finds herself inadvertently caught up in a series of events that threatens the lives of the mysterious and elusive people within OmniLab.Carl, an unorthodox negotiator with a head for business, is determined to eradicate the corruption amongst his OmniLab brethren and has no qualms about using Kayla to do it. Unfortunately, he wasn't counting on the vastness of the corruption or his own feelings for the headstrong woman who turns his life upside down.Caught between the life she knew and a dangerous world that's claimed her as their own, Kayla learns the fearful truth behind just how far one man will go to obtain power and how far she'll go to survive. 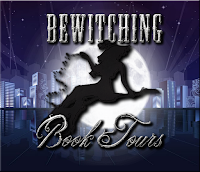