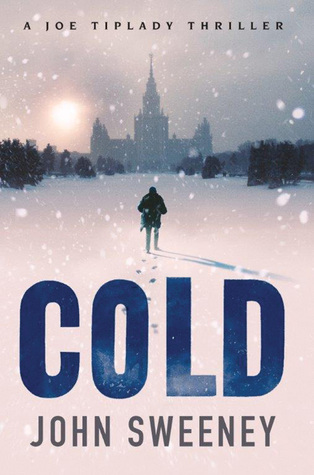 BLURB from Goodreads
In the feeble light of a London winter, Joe Tiplady walks his dog in the snow. He is not alone. Two men are tracking him, as is a woman with wolf eyes. Soon Joe will find himself caught in a storm of violence and retribution that he does not yet understand.Around the world, a chain of events is in motion that will make Joe a priceless target. A retired Soviet general hunts for his missing daughter after a series of brutal murders. A ruthless assassin loses something so precious he will do anything to get it back. And in the mountains of Utah, a brilliant ex-CIA chief wrestles with his religion.In the shadow of them all lies Zoba, strongman ruler of Russia and puppet-master of the world’s darkest operatives. Can Joe save himself from this dangerous web of power and revenge? Where can he run when there’s nowhere left to hide?

EXCERPT
Clang-zzzt-clang, clang-zzzt-clang – once you’ve heard the sound of metal biting into spinning metal, you never forget it.
Zeke felt the blindfold being ripped from his face. Blinking, his eyes burning with the speed of the wind and the ferocity of the bee’s lurches, this way and that, he was thumped in the chest by the general, who tugged at his arm and led him, running, down to the open ramp at the back of the chopper and pushed him over the edge. They fell fifteen, maybe twenty paces down an almost vertical slope of scree, rolling with the falling stones until they came to rest
just short of a sheer drop. Eagles moved with stately purpose, circling the mountain. Slow-worms of asphalt wriggled on the valley floor more than a mile below. Above, the whirring blades of the bee bit into hard rock and the rotor engine exploded into a ball of fire, and the entire broken flying machine began to tumble down the mountainside, passing so closely that Zeke could clearly read the engine housing’s safety warnings in Cyrillic script.
As it thump-thumped past, rotors still jabbing at rock, out of the flaming tail a burning ‘x’ of a thing came at them, following them down the slope, every limb on fire, emitting a high-pitched shriek that still returned to Zeke in nightmares.The general pulled out his handgun and shot the x-shape three times. The corpse carried on falling, bouncing hard on the rock and pitching off into the abyss below, still burning. They watched until an outcrop masked the end of his fall.
‘The pilot,’ spat the general, and holstered his gun. ‘Viktor. Three kids. Best pilot in the whole 40th Army. Managed to park his bee on the top of a mountain. Saved our skins, but lost his.
When this fucking war is over, I will crawl on my knees in front of his woman, his kids . . . This fucking war. Viktor used to talk about becoming a Zinky Boy. I said, “Come on, you’re too good for that.
You’re the best.” And now we’ll never find his body.’ The puzzlement on Zeke’s face was plain.
‘Zinky Boys. They put us in sealed coffins made of zinc. The cherry on the cake is that the bosses don’t want anyone to know that Russian lads are being killed in Afghanistan. We’re not fighting,
we’re helping with international solidarity. So the Zinky Boys get delivered in the middle of the night. On our graves, they write
“Dead”, not “Killed in Action”. Dying for a lie. It gets you down.’The heat of the sun was beginning to fade. The washed browns and greys of the mountains, above and below, were turning darker.
‘And if we don’t get a move on, the dukhi will have some more


Zinky Boys to boast about by sundown.’ 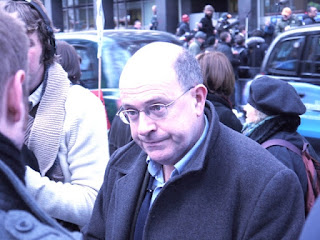 John Sweeney is an award-winning journalist and author, currently working as an investigative journalist for the BBC's Panorama series. Before joining the BBC in 2001, Sweeney worked for twelve years at The Observer, where he covered wars and revolutions in more than sixty countries including Romania, Algeria, Iraq, Chechnya, Burundi and Bosnia.

In 1996, He was sued for criminal defamation in France by the Barclay brothers, owners of the Daily Telegraph, but the claimants lost their case. At the time, Sweeney worked for the rival newspaper The Observer, and had given an interview on BBC Radio Guernsey alleging that they had been involved in corruption. Since the broadcast could also be heard in northern France, the claimants were able to bring their claim in the French courts. Sweeney was ordered to pay €3000 by the appeal court in Rennes, France

Sweeney spent four years investigating the cases of Sally Clark, Angela Cannings and Donna Anthony, three women who had been falsely imprisoned for killing their children. Sweeney's investigation helped to clear their names, and led to Sir Roy Meadow, the expert witness whose testimony had proved decisive in their convictions, being temporarily struck off the General Medical Council's medical register. Sweeney received the Paul Foot Award in 2005 in recognition of his work.

He has won several awards throughout his career, including:

1998: What the Papers Say Journalist of the Year prize for reports on human rights abuses in Algeria.

2000: an Emmy Award and a Royal Television Society prize for programs about the Massacre at Krusha e Madhe, Kosovo.

2001: the Amnesty International prize for "Victims of the Torture Train," about human rights abuses in Chechnya.

2004: a Royal Television Society prize (2004) for "Angela's Hope," a BBC One documentary about a woman wrongly convicted of murdering her three babies.

"Scientology and Me", a Panorama investigation into Scientology written and presented by Sweeney, was aired on BBC One on Monday, 14 May 2007. Prior to its airing,video footage filmed by the Church of Scientology was released that showed Sweeney shouting at Scientology representative Tommy Davis during a visit to CCHR's "Psychiatry: An Industry of Death". The clips were sections of a documentary the Church of Scientology's Freedom Magazine TV produced about the BBC Panorama programme. Sweeney remarked that he lost his temper due to days of harassment by Davis and the Church, and a strong personal reaction to the psychiatry exhibit. He had been visited at his hotel by Davis, despite not having shared the address with the Church, and had been followed on several different occasions. Sweeney labelled the clips "attack videos" and others say they were produced to discredit himself and the documentary. The BBC in response aired its own full recording of the incident. Panorama's Editor Sandy Smith explained what happened and how the BBC dealt with the incident in a post on the BBC's Editor's Blog. An internal BBC investigation found that Sweeney's conduct at one point in the filming was clearly inappropriate, but also noted that Sweeney had apologised for his outburst and concluded that as a whole, filming of the documentary had been performed in a proper and fair manner. Later on that same year in the BBC Panorama year in review Sweeney said “..a new generation is making up its own mind, and for that I make no apology”. Only a month and a half later Project Chanology began. This time as a part of a rehearsed joke, Sweeney goes into a similar outburst in January 2009 when being interviewed on Radio 4 about the Tom Cruise film Valkyrie—clearly referring to the episode two years previously. A follow-up Panorama programme also hosted by Sweeney, which at an hour is twice the length of the original one was aired on the 28 September 2010. This documentary contained int. 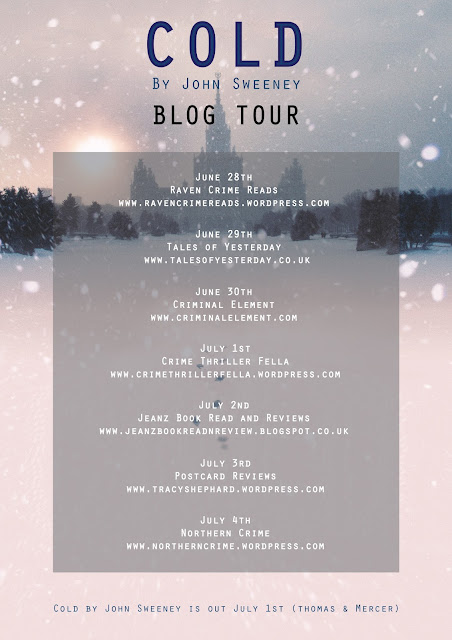