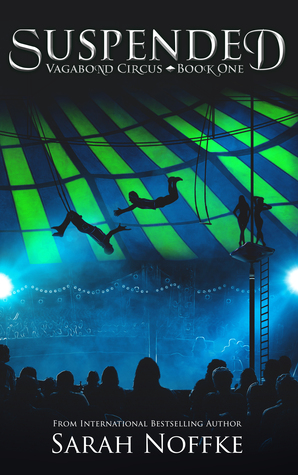 BLURB from Goodreads
When a stranger joins the cast of Vagabond Circus-a circus that is run by Dream Travelers and features real magic-mysterious events start happening. The once orderly grounds of the circus become riddled with hidden threats. And the ringmaster realizes not only are his circus and its magic at risk, but also his very life. Vagabond Circus caters to the skeptics. Without skeptics, it would close its doors. This is because Vagabond Circus runs for two reasons and only two reasons: first and foremost to provide the lost and lonely Dream Travelers a place to be illustrious. And secondly, to show the nonbelievers that there's still magic in the world. If they believe, then they care, and if they care, then they don't destroy. They stop the small abuse that day-by-day breaks down humanity's spirit. If Vagabond Circus makes one skeptic believe in magic, then they halt the cycle, just a little bit. They allow a little more love into this world. That's Dr. Dave Raydon's mission. And that's why this ringmaster recruits. That's why he directs. That's why he puts on a show that makes people question their beliefs. He wants the world to believe in magic once again. 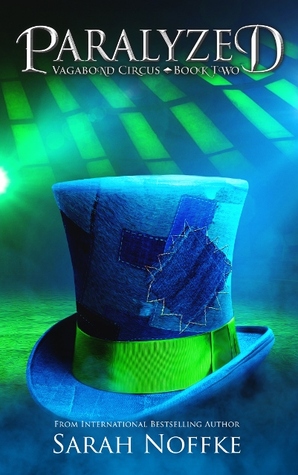 BLURB from Goodreads
When the worst case scenario befalls the Vagabond Circus, Zuma knows she must ensure it doesn’t fall to doom. Titus’s job is to guarantee the show goes on, while the acrobats seek to avenge and rescue. Jack has no idea that he’s about to levitate himself into a deadly situation, and only Zuma and Finley can save him from a threat unlike what most have ever encountered. In this second whimsical and dark installment of the Vagabond Circus tale, the reader learns just how the ringmaster, Dr. Dave Raydon, rescued everyone in his troupe and also brought love and treasures into their lives. The unveiling of this history only brings more mystery as the true enemy to Vagabond Circus is unveiled. Charles Knight isn’t an evil man with a deadly agenda. He’s the worst kind of human being and he won’t stop until he’s ruined everyone and everything that the ringmaster loves. Paralyzed is an episodic ride that unravels the pieces of this fantasy circus one act at a time. 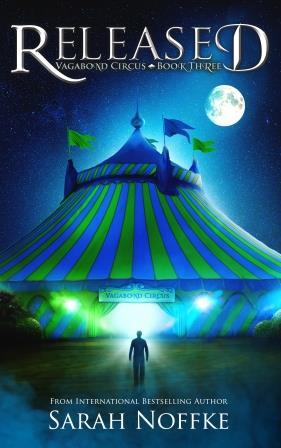 BLURB from Goodreads
When a threat so brutal it has the force to rip the magic right out of the world takes over Vagabond Circus, everyone seeks refuge away from the big top. Finley knows he has to protect the circus he’s grown to love, and its people. But to do that he’ll have to further scar his soul. Jack is relentless to take back what was stolen from him, but in the process he becomes someone he never expected. And this acrobat, who once stole the hearts of millions, accidentally steals a heart he didn’t expect. But it is Titus who is most changed by the events at Vagabond Circus. He’s always been the fearful coward, but with a new threat bearing down on his best friend’s circus he knows he has to invent the courage to become a new man. Zuma watches from the sidelines as the people she loves grow in an effort to save one of the most important ventures in the world. 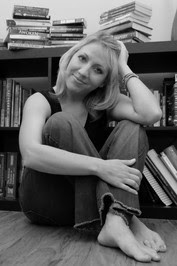 Sarah Noffke writes YA & NA sci-fi, fantasy and dystopian. She is the author of the Lucidites, Reverians, Ren, and Vagabond Circus series. She’s been everything from a corporate manager to a hippie. Her taste for adventure has taken her all over the world. If you can’t find her at the gym, then she’s probably at the frozen yogurt shop. If you can’t find her there then she probably doesn’t want to be found. She is a self-proclaimed hermit, with spontaneous urges to socialize during full moons and when Mercury is in retrograde. Sarah lives in Central California with her family.