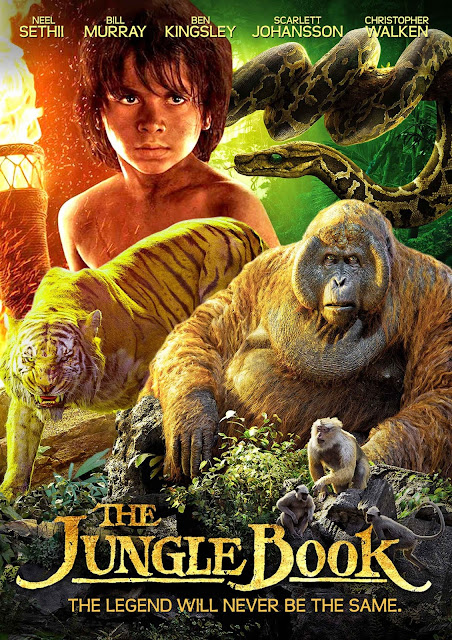 REVIEW
Hmm not sure if I will love or hate this one. Sometimes re-makes are made better and other times they are no where near as good as the original. So The Jungle Book is based on the book written by Rudyard Kipling.
The dvd cover features Mowgli, Kaa, Shere Khan and King Luoie, so a good representation of the Jungle animals in the film.

I received a credit to pay for this DVD rental from Sainsbury's Entertainment On Demand in exchange for my honest review.
So I guess most people will have watched The Jungle Book at some point in their life be it the 1967 film, a cartoon, or an animated version. I was really interested to see if this more technologically advanced computerised version would live up to the animated version I bought my daughter when she was young.
Obviously the main gist of the story is the same. Mowgli is found near his father (who has been killed by a Bengal tiger), by a black panther called Bagheera. Bagheera takes the baby Mowgli to an Indian wolf pack he knows of and it is pack Rama and his mate Raksha that care for Mowgli.
The film of course covers the death threats to Mowgli from Bengal Tiger, Shere Khan. It's decided Bagheera should take Mowgli to the "Man Village" to what the jungle animals consider to be the safer option for him. On the journey of course Mowgli meets Kaa and King Louie too. 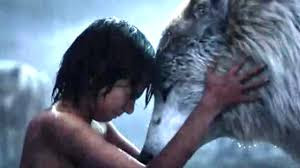 I truly loved the scene with Mowgli and the wolf pack. Grey is adorable, in fact the whole pack is. As much as the pack teaches Mowgli, he in return teaches them "tricks" too.
The animals within the film are of course computer generated and obviously aren't the real animals, but they are believable enough. There didn't seem to be any glitches to me between "Man Cub" Mowgli & "computer generated characters".
I did see the odd "extra" bit within this version that I had perhaps missed or hadn't been included in the other version of Jungle Book that I had watched.
It did catch and hold my attention throughout. The music was great as usual and you could easily recognise your favourite characters. One of my favourite Jungle Book characters is Baloo and I'll be honest it was a little strange to see such a realistic looking bear interacting with Mowgli. The young boy they had play Mowgli was brilliant and really did look as if he was stroking the animals and interacting directly with them.
I think this film is aimed at older children and perhaps adults at my sort of age wanting to revisit a classic.
One niggle I did have (and my daughter helped me work it out) was the voice over for Kaa didn't seem quite right because the snake was voiced by a female! In the animated earlier version Kaa was portrayed as male.

So what did I think? I loved it - though I will always maintain that I also love the animated Disney version, which was the first DVD I ever bought and will always remain a firm favourite, with all the well known songs we love to sing a long with! I should say seeing this version of the Jungle Book has made me eager to watch the Tarzan movie that is coming soon.