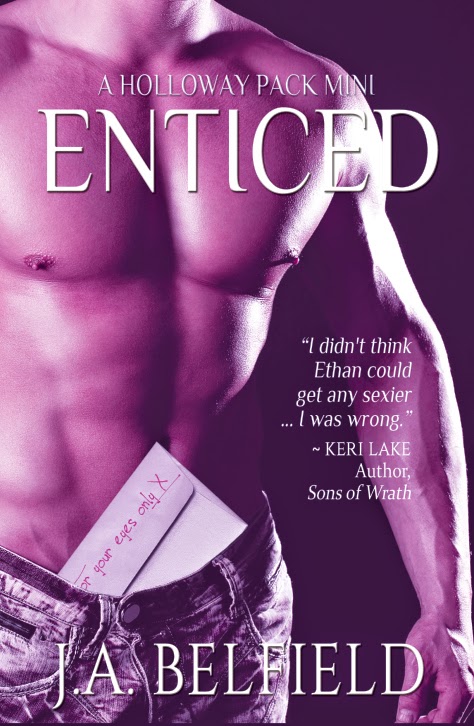 BLURB from Goodreads
Happy Birthday to Ethan.Or is it?Gifts aside, Ethan’s morning hasn’t been anything to write home about. Sure, life is good, the pack is staying out of trouble, he finally has a mate who boils his blood ... in a good way.Except Shelley hasn’t called. Hasn’t come by. Didn’t even bother to join her son and his girlfriend for Ethan’s annual I’m-a-year-older breakfast.What Ethan doesn't know is that Shelley has plans. Plans that have been in progress for weeks. Ones that Ethan will never see coming, and that she’s banked on him not knowing a thing about.She can only hope her secrecy doesn’t force his inner wolf to the surface—at least, not too early.

Sinking down onto the edge of my bed, I worked a finger under the flap and took out a regular old birthday card with a chimp on the front and a simple ‘Happy Birthday’ printed across its top in bulky orange letters. Nothing romantic. No hearts. No confessed feelings. No nouns pronouncing who the recipient might be to the sender.
Though, what could she get one with, anyway? To my boyfriend? My face screwed up at that title. My mate? Somehow, I doubted they did those at Hallmark.
Even so, I found myself opening it, like some part of me hoped she had more to say with her own words than with those fabricated by some anonymous message maker.
Four envelopes marked 1, 2, 3, and 4 had been tucked inside.
Moving those out of the way revealed more of Shelley’s neat handwriting across the inner fold of the greeting card. A cryptic note of: ‘What? Did you think this was it?’
I frowned, my eyes scanning downward to another little note.
‘Pssst, in case you can’t figure it out, the envelopes are number-ordered for a reason. Open them. You know you want to.’
“What the hell’s got into you, Shel?” I muttered, though my lips twitched even as I set down the card and three of the envelopes, and ripped at the flap of number one.
No card sat inside it. No note. Just a tiny black rag of … I grabbed it between my two fingers and slid it out. Lace?
Lifting it to my nose, I sniffed. A faint whiff of Shelley lingered on its surface, but otherwise, it just had that new fabric smell I’d have expected from the stiffness of the strip.
Setting it aside, I lifted number two, tore through the stuck-down flap, and peered inside.
A couple of glossy photos peeked back, and I withdrew them. Stared at the first one. Tried to figure out what the hell the pinkish-but-not-pink, creamy looking whatever the shot seemed to be of. I shuffled out another from behind it—same thing. Kind of. Except the second one had a couple of ridges.
Only when looking at the third did I notice the faint porous-like indentations, the delicate downy-looking hairs, and realised it was a close-up of … “Skin? Lace … and skin?”
Despite my narrow-eyed frown, my lips curved. Shelley was definitely—definitely—up to something.
And experience warned it would be something really bad.


Or something painfully good.

BLURB from Goodreads
Happy Birthday to Ethan.Or is it?Gifts aside, Ethan’s morning hasn’t been anything to write home about. Sure, life is good, the pack is staying out of trouble, he finally has a mate who boils his blood ... in a good way.Except Shelley hasn’t called. Hasn’t come by. Didn’t even bother to join her son and his girlfriend for Ethan’s annual I’m-a-year-older breakfast.What Ethan doesn't know is that Shelley has plans. Plans that have been in progress for weeks. Ones that Ethan will never see coming, and that she’s banked on him not knowing a thing about.She can only hope her secrecy doesn’t force his inner wolf to the surface—at least, not too early.

INITIAL THOUGHTSI'm looking forward to reading this novella as it feels like quite a while since reading the last Holloway Pack novel. I have totally fallen, head over heels in love with this series. I have read every novel and novella as they have been available and totally adored every one of them. Reading a Holloway Pack book feels like revisiting old treasured friends!MY REVIEWSo the cover is Rrrrrather ssssssuper sizzlin' hot isn't it? For fans of the Holloway Pack you will know that the majority of the Holloway Pack men are well . . . gorgeous. In this cover the h. . hot male body belongs to Ethan. To those who haven't read any of the Holloway Pack books yet, wow you are sooo missing out on great books, brilliant plots, and hot, hot, male shifter's. What are you waiting for? So the cover of this book depicts a scene from the book. Ethan has his card/love note from Shelley is oh so lucky "other half" sticking out of the top of his jeans. I love the byline from Keri Lake, "I didn't think Ethan could get any sexier . . . I was wrong" I have to agree Ethan is super sizzling in this mini novella.So what do I think to the cover? Yesssss! we have the imagery of the hot hunky body of the shifter on the cover, of course I like it! I also like how we don't see Ethan's head and face as I'm sure the many readers of these books will all have different idea's as to exactly what Ethan should look like. This cover teases the reader but still leaves plenty to the imagination of the reader too. Purrrrfect!So before I begin my review I probably should point out that this mini novella is rather racy in places. Having said that the steamy/racy bits are well within the context of this short story but because of these steamy scenes I would probably err on the side of caution and say this one is for adult readers 18+.Ethan initially gets out of bed and has his famous "I'm a year older birthday breakfast" with other members of the pack and is pleased to see that Shelley's son has joined the pack for this special breakfast. Ethan is however, seriously disappointed that Shelley isn't around, though he keeps up a facade that he isn't bothered by her absence. Ethan is full of bravado within the pack but I think he is a big softie at heart. Ethan never thought he would ever have a woman, a mate of his own. When Jem and Sean got together it ignited a hope in Ethan that he may one day find his soul mate. Then when Ethan had almost given up looking, he helped Shelley's son, and ended up in a passionate relationship her. Ethan doesn't like surprises (he is the kid at Christmas who opens all the presents in 5 minutes flat!and cannot understand where Shelley is. Her absence really bothers him so when he receives the note he is relieved and excited all at the same time. Shelley has written on the note "For your eyes only" . . . and it really is for Ethan only.The book tells how Ethan follows the instructions on the letter and eventually finds Shelley, all dressed up waiting for Ethan to unwrap her! Yes this one is rather racy, hot and steamy but hey it's the Holloway Pack and these guys are hot! They work on a construction site so yep they are well. . . nicely packaged, fit, hunky guys.It was a pleasure to learn more about Ethan and have him as the central character rather than lurking in the shadows, or playing Sean's wing man. I really do truly enjoy these books and put the plots and writing easily on a par with Kelley Armstrong's Women Of The Otherworld Series and Amanda Carlson's Jessica McClain Series too. So did I enjoy the mini novella? Yes, it's short n sweet, and hot n spicy all rolled into one. Would I recommend the mini novella? Yes, it can be read as part of the Holloway Pack series or as a standalone, but why would you want to read only one book in this addictive series? J.A. Belfield manages to deliver some fantastic candy for the eyes and the heart with her amazing Holloway Pack books. Would I like to read more Holloway Pack? Yes, please as soon as its available! lol! I'm looking forward to seeing what the pack have been up to. Would I read other titles written by this author? Yes, I would checkout any book by this author. 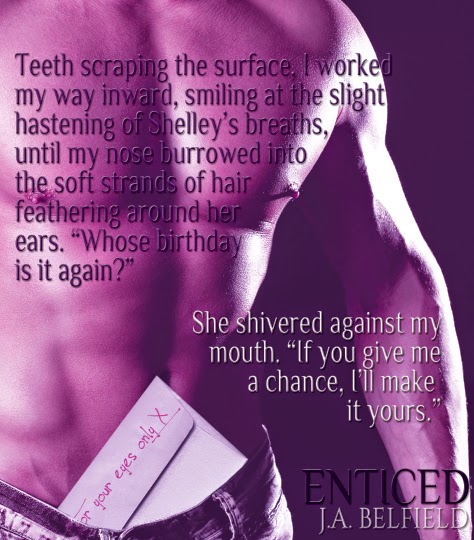 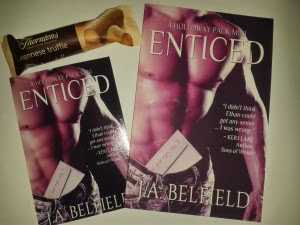