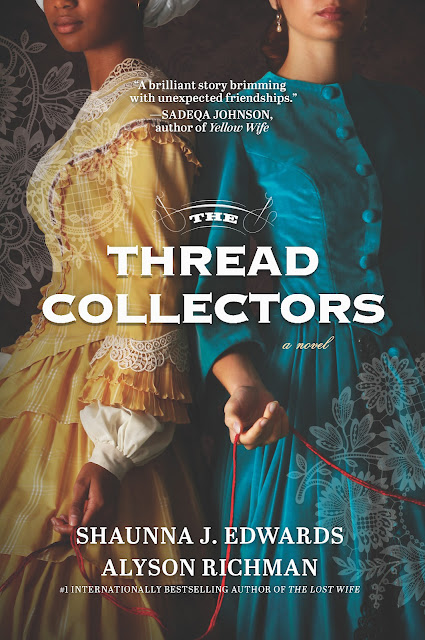 BLURB supplied by Harlequin Trade Publishing
1863: In a small Creole cottage in New Orleans, an ingenious young Black woman named Stella embroiders intricate maps on repurposed cloth to help enslaved men flee and join the Union Army. Bound to a man who would kill her if he knew of her clandestine activities, Stella has to hide not only her efforts but her love for William, a Black soldier and a brilliant musician.

Meanwhile, in New York City, a Jewish woman stitches a quilt for her husband, who is stationed in Louisiana with the Union Army. Between abolitionist meetings, Lily rolls bandages and crafts quilts with her sewing circle for other soldiers, too, hoping for their safe return home. But when months go by without word from her husband, Lily resolves to make the perilous journey South to search for him.

As these two women risk everything for love and freedom during the brutal Civil War, their paths converge in New Orleans, where an unexpected encounter leads them to discover that even the most delicate threads have the capacity to save us. Loosely inspired by the authors' family histories, this stunning novel will stay with readers for a long time.

She opens the door to the Creole cottage just wide enough to ensure it is truly him. Outside, the pale moon is high in the sky, illuminating only half of William’s face. Stella reaches for his sleeve and pulls him inside.

He is dressed to run. He wears his good clothes, but has chosen his attire thoughtfully, ensuring the colors will cam­ouflage in the wilderness that immediately surrounds the city. In his hand, he clasps a brown canvas case. They have only spoken in whispers during their clandestine meetings about his desire to fight. To f lee. The city of New Orleans tee­ters on the precipice of chaos, barely contained by the Union forces occupying the streets. Homes abandoned. Businesses boarded up. Stella’s master comes back from the front every six weeks, each time seeming more battered, bitter and rest­less than the last.

William sets down his bag and draws Stella close into his chest, his heartbeat accelerating. He lifts a single, slim finger, slowly tracing the contours of her face, trying to memorize her one last time.

“You stay here, no matter what…” he murmurs into her ear. “You must keep safe. And for a woman like you, better to hide and stay unseen than venture out there.”

In the shadows, he sees her eyes shimmer. But she balances the tears from falling, an art she had been taught long ago—when she learned that survival, not happiness, was the real prize.

Stella slips momentarily from William’s arms. She tiptoes to­ward a small wooden chest. From the top drawer, she retrieves a delicate handkerchief with a single violet embroidered in its center. With materials in the city now so scarce, she has had to use the dark blue thread from her skirt’s hem to stitch the tiny flower on a swatch of white cotton cut from her petticoat.

“So you know you’re never alone out there,” she says as she closes William’s fingers around the kerchief.

He has brought something for her, too. A small speckled cowrie shell that he slips from a worn indigo-colored pouch. The shell and its cotton purse are his two most sacred pos­sessions in the world. He puts the pouch, now empty, back into his pocket.

“I’ll be coming back for that, Stella.” William smiles as he looks down at the talisman in his beloved’s hand. “And for you, too… Everything will be different soon.”

She nods, takes the shell and feels its smooth lip against her palm. There was a time such cowries were used as a form of currency for their people, shells threaded on pieces of string exchanged for precious goods. Now this shell is both worth­less and priceless as it’s exchanged for safekeeping between the lovers.

There is no clock in her small home. William, too, wears

no watch. Yet both of them know they have already tarried too long. He must set out before there is even a trace of sun­light and, even then, his journey will be fraught with danger.

“Go, William,” she says, pushing him out the door. Her heart breaks, knowing the only protection she can offer him is a simple handkerchief. Her love stitched into it by her hand.

He leaves as stealthily as he arrived, a whisper in the night. Stella falls back into the shadows of her cottage. She treads si­lently toward her bedroom, hoping to wrap herself tightly in the folds of the quilt that brings her so much comfort.

“You alright?” A soft sound emerges in the dark.

“Ammanee?” Stella’s voice breaks as she says the woman’s name.

“Yes, I’m here.” Ammanee enters the room, her face bright­ened by a small wax candle in her grip.

In the golden light, she sits down on the bed and reaches for Stella’s hand still clutching the tiny shell, which leaves a deep imprint in her palm.

“Willie strong,” Ammanee says over and over again. “He gon’ make it. I know.”

Stella doesn’t answer. A flicker of pain stabs her from the inside, and she finally allows her tears to run. SHAUNNA J. EDWARDS has a BA in literature from Harvard College and a JD from NYU School of Law. A former corporate lawyer, she now works in diversity, equity and inclusion. She is a native Louisianian, raised in New Orleans, and currently lives in Harlem with her husband. The Thread Collectors is her first novel. Find her on Instagram, @shaunnajedwards. 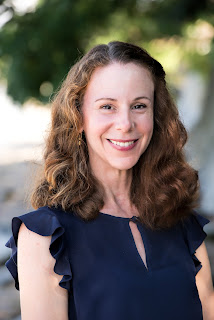 ALYSON RICHMAN is the USA Today and #1 international bestselling author of several historical novels, including The Velvet Hours, The Garden of Letters, and The Lost Wife, which is currently in development for a major motion picture. Alyson graduated from Wellesley College with a degree in art history and Japanese studies. She is an accomplished painter and her novels combine her deep love of art, historical research, and travel. Alyson's novels have been published in twenty-five languages and have reached bestseller lists both in the United States and abroad. She lives on Long Island with her husband and two children, where she is currently at work on her next novel. Find her on Instagram, @alysonrichman.