The truth will come out…no matter how hard you try to lie.

Nolan teeters on the edge of death. 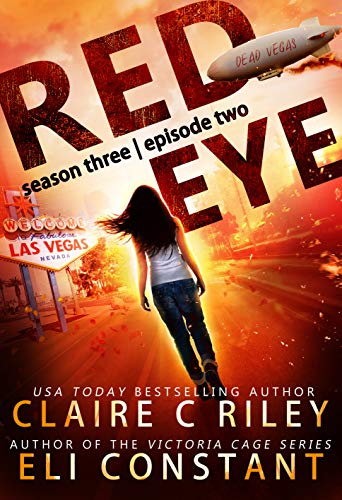 Life has never been easy, not before the zombies and certainly not after. But even with the dead rising, it is the living that are causing the most problems. It’s the humans that elicit the most fear, that make the apocalypse bloodier, and that kill anyone necessary to survive.

PURCHASE LINKS
Amazon US
Amazon UK
REVIEW
After reading the last episode I would have read this one straight away if I could have! This book more or less picks up where the last episode ended. So, its straight back into the action at the old theme park that the Sins call their base and home. Now Sam, Rose and Nolan are right in the middle of Barrett’s domain. Can they survive the harshness and dog eat dog way of life that the Sins live? Will we find out in this episode where Barrett’s real loyalties lie?

It becomes pretty clear that there’s going to come a point where Barrett will need to choose exactly where his true alliances are. He has been part of the Sin brotherhood for a long time earning him a certain amount of power, say and privileges those that join after him do not have. He has to use his years in the Sins and the power it gives him to keep himself and more importantly Sam safe on more than one occasion. Barrett has to assert his authority over Stash when it’s made clear he would like some “private time” with Sam. Barrett has to make sure everyone including boss Nathan thinks beyond doubt that Sam belongs to Barrett.

It is Barrett’s fascination with Sam and the idea of sticking with just one female that sets Nathan thinking that maybe he could have someone for just himself too, and his evil gaze lands on Rose. Rose goes from being in her underwear in a cage inside Nathan’s office, to being sent to the Sins brothel to get cleaned up to watch a pit fight. Of course, Rose can’t stand the fighting and causes a scene which makes Nathan extremely angry as it is an embarrassment in front of his own boss Charlie. Nathan gives her just one more chance and makes it clear exactly where she will end up and what she will be doing if she doesn’t play the part, he wants her to. Rose has to be a “ring girl” at the next pit fight! She has to walk round with a number, then sit to one side and watch the fight. Naturally Rose struggles with watching the zombies and human prisoners fighting, which sickens her, though she seems to have gained a little sympathy from Elias the guy that Nathan has put in charge of keeping her in check and making sure she doesn’t leave.

Rose ends up making two deals, but I won’t spoil what they are. You could say both deals are made with the devil in this episode. The devil she doesn’t know, Nathan which shows that Rose is very brave and prepared to put her own life on the line for her friends, Sam and Nolan. The second deal is with the devil she knows, Barrett, at the very end of the episode, once again it is made around the safety of her friends. I think Rose is becoming less naïve and will agree to things to make it appear she will co-operate and then do what she feels is right when the time comes. I guess you could say Rose is becoming more street wise in the awful world she has found herself existing in. It remains to be seen which deal turns out the best and in who’s favour. Will Rose have to give up something she isn’t prepared to lose?

A new favourite character in this episode was Elias when he told Rose to close her eyes. Nathan was close enough to see was sat and appeared to be watching but he wouldn’t be able to tell if her eyes were open or closed.

I thoroughly enjoyed disliking Nathan and how he treats the women the Sins have taken in. The women may be safe from the zombies but they are more or less imprisoned and used by whatever man wants them. The way he mistreats, bullies and terrorises Rose, I am hoping he gets taken down a peg or two in the next episode.

In this episode my opinion of Barrett really varied, one minute he is protecting Sam and dare I say he seems to have genuine feelings for her. Then the next moment he is betraying Sam and keeping his knowledge about where Rose is from her. There’s also the deal he makes with Rose, this time he is lying about Sam to Rose. Is the deal some elaborate plot by Barrett to betray Rose, and get rid of her? Does he really care for Sam? So many questions to be answered in the next episode! What will Sam think to the deal between Barrett and Rose? Is Sam really beginning to be able to control her “inner zombie” powers?

My immediate thoughts upon finishing this book were Oh wow! Seriously? How could it end right there, like that? I so neeed the next episode right now!!

Summing up this was another really great episode in the amazing Red Eye Armageddon Series! Definitely looking forward to reading more and hopefully getting my questions answered too! I could go on more about this episode but I am trying so hard not to give away too much.