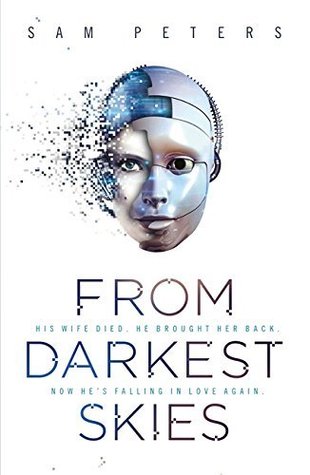 BLURB from Goodreads
After a five year sabbatical following the tragic death of his wife and fellow agent Alysha, Keona Rause returns to the distant colony world of Magenta to resume service with the Magentan Intelligence Service. With him he brings an artificial recreation of his wife's personality, a simulacrum built from every digital trace she left behind. She has been constructed with one purpose - to discover the truth behind her own death - but Keona's relationship with her has grown into something more, something frighteningly dependent, something that verges on love.
Cashing in old favours, Keona uses his return to the Service to take on a series of cases that allow him and the artificial Alysha to piece together his wife's last days. His investigations lead him inexorably along the same paths Alysha followed five years earlier, to a sinister and deadly group with an unhealthy fascination for the unknowable alien Masters; but as the wider world of Magenta is threatened with an imminent crisis, Keona finds himself in a dilemma: do his duty and stand with his team to expose a villainous crime, or sacrifice them all for the truth about his wife?
Goodreads Link

How long did it take you to write From Darkest Skies, from the original idea to finishing writing it?
Such a simple question, such a complicated answer…

From the point of having a fully formed set of ideas on the world, the characters and the overall arc of their stories, it took about nine months including a few gaps between rewrites; but that starting point was a very long way away from where the original ideas grew. Parts of the world of Magenta, parts of some of the characters and a few nuggets of the plot go back years to a table-top role-playing game set on Magenta where the players were the local equivalent of the FBI investigating crimes with a slightly occult twist. A lot has changed in the evolution of those ideas into something that works as a coherent story – there was no Alysha back then, the sinister secret of Settlement 64 was something quite different and so were the Masters – but I think the world will still be very recognisable to those of us who played in that game.

Then there was probably six months of back and forth while I settled on a plot before the actual writing started. That took quite a while to get right.

Where did you get your book plot ideas from? What/Who is your inspiration?
All sorts of places. I think the theme of grief and coping with loss that runs through the story certainly has a lot to do with a death in the family. The idea that bringing someone back from the sum of everything they left behind doesn’t necessarily bring back quite the person you remember owes something to the dementia they suffered in their last year and to a couple of people I’ve known who’ve gone through intense trauma and come out the other side changed. I think those things gave me the desire to write story about how our ideas and memories of the people we know aren’t necessarily the people they actually are.

Then there’s the more superficial plot which unashamedly owes a lot to the noir thrillers of the forties and fifties. The fact that a passing character is called Royja Bhatti might betray a love of Bladerunner but really that’s already noir dressed up as SF; and while the replicants of Bladerunner offer a parallel to Liss, I think she owes at least as much to Frankenstein. Throw in some Twin Peaks, X-Files (I’m showing my age here I know), some Scandi-Crime (The Killing and The Bridge in particular) and a really good conspiracy thriller like State of Play and you’re about there.

The Masters probably owe something to Chaoseum’s interpretation of Lovecraft’s Cthulhu mythos for the sense of something unknown and unknowable.

How did you come up with the Title and Cover Designs for your book? Who designed the Cover of your books?
I wasn't conscious of this at the time but it’s the title of a My Dying Bride album which I suspect lodged somewhere in my mind better than the music ever did. I know I knew that particular album once. I suspect my subconscious pulled a fast one, latched onto the theme and pulled it out of deep storage without telling me where it came from.

The Gollancz art department did the cover. The cover image is by James Macey. The closest I got to any say in the matter was suggesting a riff on the iconic image of Maria from Metropolis: 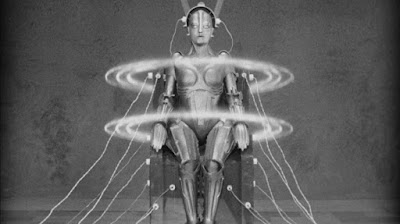 Did you basic plot/plan for From Darkest Skies, before you actually began writing it out? Or did you let the writing flow and see where it took the story?
A bit of both. I think there are two very different sides to From Darkest Skies. On the one hand the plot very much aims at being a crime/conspiracy thriller. I think that to make a thriller work you need to know exactly who did what and why and what clues are there to be found in order to unravel the mystery; then you need to give thought to the order in which the clues need to be found to unravel the mystery in the right way, pacing little breakthroughs with bigger ones and mixing in the odd red herring. I find for that side of things it helps me to lay out that backstory in quite a lot of detail – but the rest tends to be more a case of letting the story flow to see what happens, particularly with characters. They start to talk and act and come alive and often turn out not to be quite the people I thought they were once I start to write them. Then whenever the story feels like it needs to twist or slow or make a breakthrough I go back to my careful plan and look at all the clues that might have been left behind and pick the one that seems to fit best.

The result is usually a mess and takes several rewrites to get right.

Could you ever see a time in the world’s future that could actual recreate a person?
It’s the strangest thing: if you’d asked me that before I started From Darkest Skies then I think I would have said yes. Writing the story (and some of the rather peripheral research provoked by it) has convinced me that no, I can’t. I can certainly foresee a time when it’s possible to recreate a convincing simulation of a person, even a specific one… but that’s what it would be: a simulation. We all have our secrets and you can’t recreate something you don’t know exists. A true recreation akin to resurrection? No.

If recreating someone you lost was an available technology would you ever do it?
I don’t think they’d ever be quite the same person (as From Darkest Skies starts to explore and we're back to Frankenstein again). I’m not sure I'd want the responsibility of creating life and I’m not sure I could find the hubris to bring a new life into being purely to service my own needs. Again another topic I wouldn’t ever have given much thought until I started writing about it.