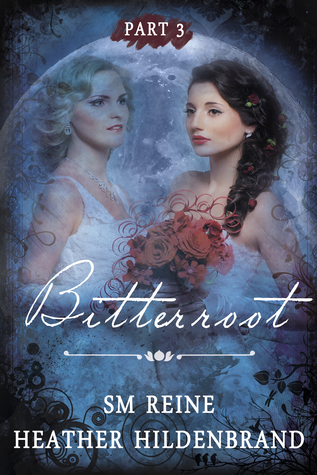 BLURB from Goodreads
Regan and Charlie are forced to compete for the position of werewolf pack alpha. The winner gets Owen Rossi's hand in marriage. But only one sister already has his heart. Will the vampires and werewolves finally forge peace--or will sibling rivalry prove fatal for them all?

INITIAL THOUGHTS
I was looking forward to reading this part of Bitterroot, and expecting to have most if not all my questions answered about both the werewolf pack and the vampire coven.

MY REVIEW
As with parts 1 & 2, I received part 3 free from the author Heather Hildenbrand, as I am part of her Heather's Hotshots Street Team in exchange for my honest opinion/review.
The cover is the same cover as for parts 1 and 2 so here's what I said about the cover when I first saw it as the part 1 cover. . . .The cover is a rich evening blue colour, and features a moonlit background. In front of the moon are two females, both wearing white dresses, whose joined hands are holding a beautiful bouquet of deep red roses. The female on the left (as you look at the book) is blonde, and her dress has straps on it. The female on the right is dark haired and her white dress is strapless. The title of the book is in a cursive font, that catches by eye.

FINAL THOUGHTS
So the events around the wedding were not what I expected at all. I wanted even more from the epilogue. Maybe we could revisit the Vuk\Rossi families a few years down the line?
I think there is a lot more potential remaining in these characters and the setting of this book. There are so many more possibilities to be had from the werewolf pack and vampire coven, and we haven't even meet any humans as yet! All the history, heritage, the possibilities could be endless! 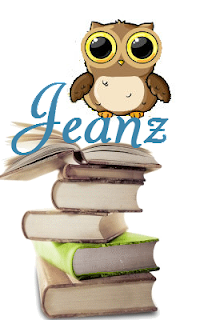