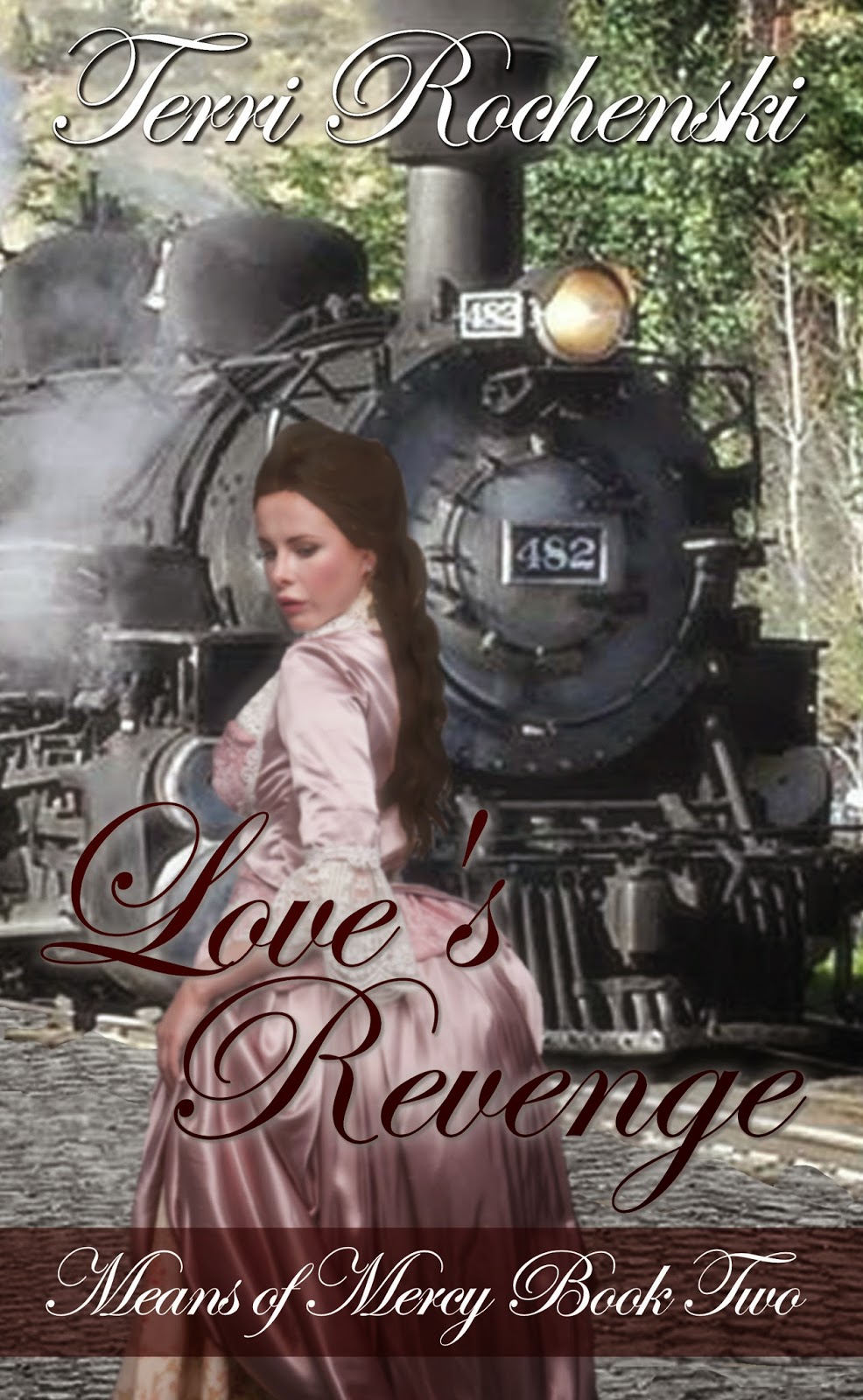 BLURB supplied by author
Embittered by betrayal, Anne MacKay flees London for America, where she learns she's pregnant with her abusive husband’s longed-for heir. In a society that doesn’t protect, or afford a well-to-do wife’s desire for divorce, Anne decides there is one way to exact revenge: deny the father any knowledge of his child.

Sought after by her husband’s henchmen, Anne travels by rail and horseback, far from civilization where silk and stays are worn, let alone thought of. Lies and deceit protect her identity for a time, allowing her to birth—and grow to love—the child who was supposed to be her vengeance.

With the help of her loyal and protective business partner, Jude Connagher, and the ranch hands in their Montana Territory valley, Anne attempts to rebuild her life under the shadow of her husband’s wrath.

One unwise decision lands Anne in her pursuers’ clutches, tearing her from the ranch, her child, and her growing love for the one man who could redeem her from bitterness. She's left with no choice but to finally face her husband, knowing her freedom and life hang in the balance. 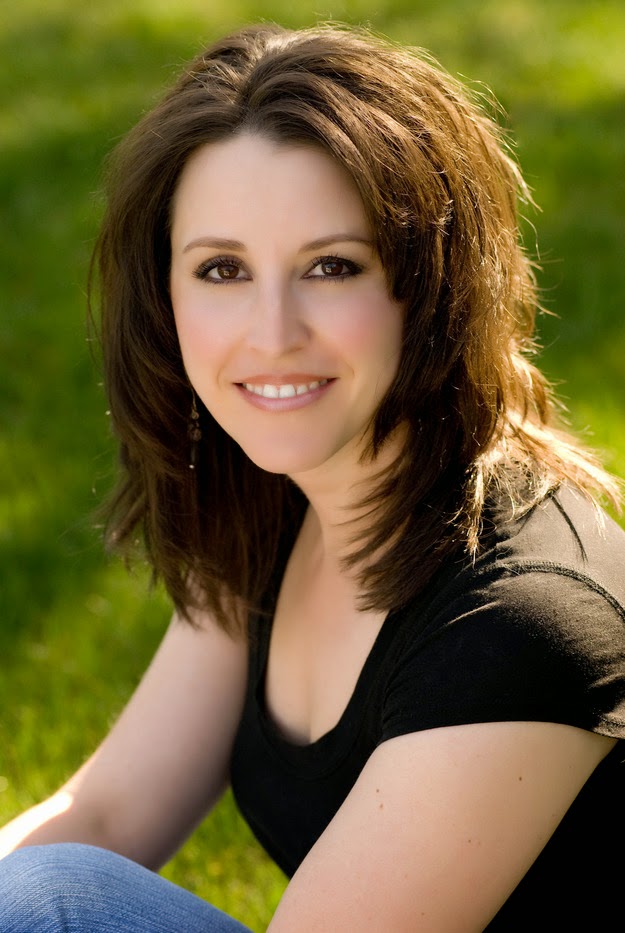 Terri started writing stories in the 8th grade, when a little gnome whispered in her brain. Gundi’s Great Adventure never hit the best seller list, but it started a long love affair with storytelling.
Today she enjoys an escape to Middle Earth during the rare ‘me’ moments her three young children allow. When not playing toys, picking them back up, or kissing boo-boos, she can be found sprawled on the couch with a book or pencil in hand, and toothpicks propping her eyelids open.

EXCERPT
Pulse thrumming, I stopped before the counter and placed my bag and rolled habit on the ground in front of me. I kept my gaze averted as though a shy country girl rather than the lady of means in silks and satin the ticket master might remember. “I would like to purchase a ticket for Baltimore, please.” My new accent in hushed form sounded genuine to my ears.
“Of course, ma’am. Your name?”
He doesn’t know me. Thank heavens.
“Mrs. Johnson.” I held my breath, but he jotted my name onto a sheet without pause.
The man told me the required amount, and I pulled a few bills from my coat pocket to pay the inexpensive fare.
Accepting the ticket, I continued to avoid eye contact, but offered what I hoped to be a pleasant, relaxed smile. “How long until departure?”
He checked his pocket watch and clicked it shut. “Less than an hour now.”
With a nod of thanks, I ambled to a wooden bench, far enough away from the other waiting passengers so they wouldn’t try to engage me in conversation. I put my carpetbag between feet, which were already blistered from the half-mile I walked, and unzipped the bag enough to pull out one of the scones from the linen napkin. I broke the biscuit in half and nibbled as the minutes passed by.
Even though Mr. Burgh still doubtless lingered in Baltimore searching for me, I knew going east through the city first rather than immediately travelling westward from Frederick through smaller towns would be easier to make myself less memorable.
He searched for a woman of means, one decked in the latest fashions and most expensive materials. Unless Mr. Burgh came face to face with me in my country disguise, he wouldn’t give me a second glance.
An elderly gentleman sat down on the bench beside me with a “how do you do.” I glanced at him and offered a slight smile. Thankfully, he wasn’t inclined to communicate further than the normal pleasantries.
Even though I avoided eye contact, I felt sure others’ attention rested on me—knew of my deception and lies. My left eyelid twitched, and I couldn’t seem to stop licking my lips.
A train whistled in the distance, and my heart leapt.
Soon.
I breathed a sigh of relief as the engine pulled up puffing and hissing, and I lifted my head to glance around. No one paid any attention to plain Mrs. Johnson on the bench’s end.
Anxiety continued to twist my stomach while the passengers disembarked.
My mind kept turning to Lance’s horse, and I prayed he still remained tied to the sapling. Even so, I expected one of the Fentons to call out to me.
My gaze returned to those exiting the train.
Edward Burgh stepped down onto the platform, rumpled and unsightly as always. 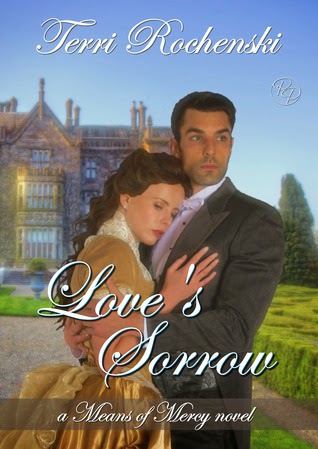 BLURB from Goodreads
Hired as a nanny for her cousin’s children, Anne Tearle finds security and a loving family. The children are a dream, but London society is a world of its own, one where a displaced farm girl has no business being. But, wealthy rake, Gavin MacKay, helps her to see associating with the upper class might not be as horrid as she first assumed.Like all things worthwhile, love comes at a price, and the cost soon bestows more anguish than joy. Lost, but not undone, Anne must find the courage to begin life anew, or succumb to sorrow's unrelenting waves of grief.