BOOK PROMOTION - THE LONG JOURNEY: TALES OF A WORLD YET TO COME BY CARA J SWANSON 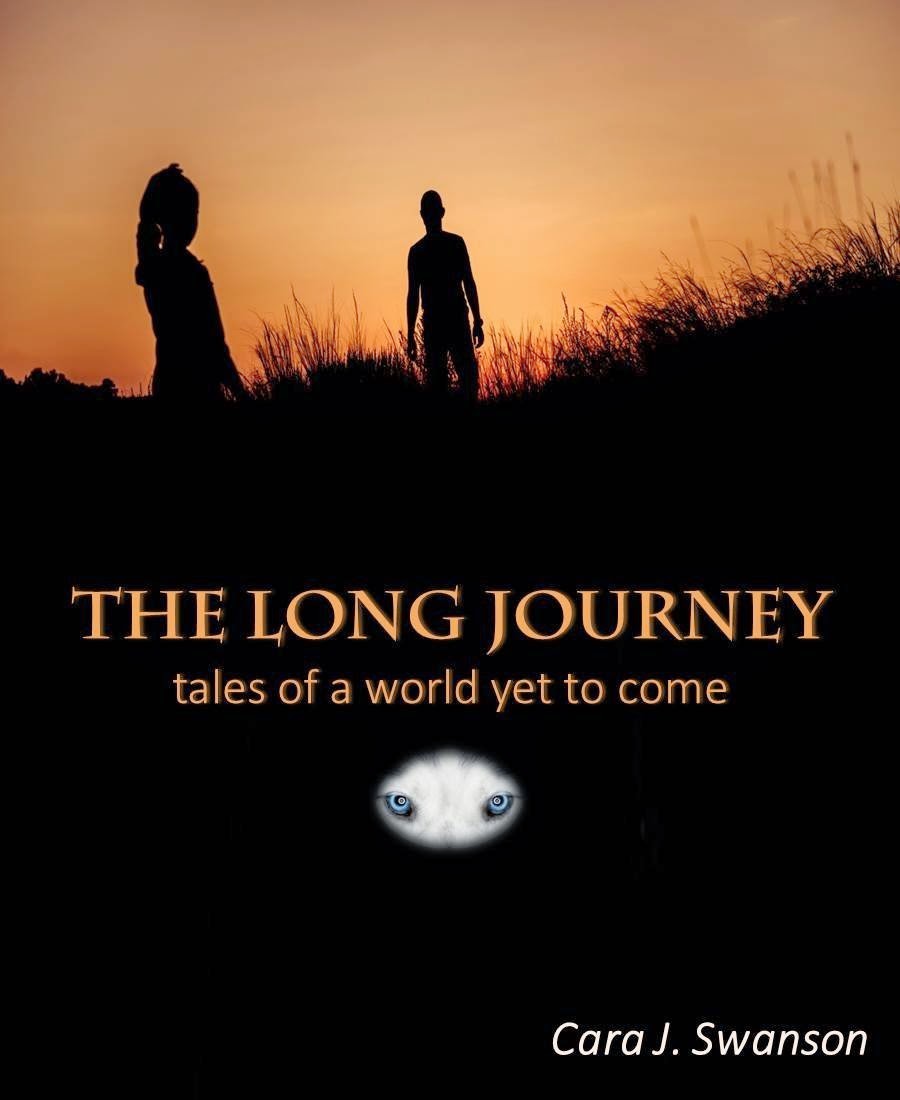 BLURB from Goodreads
One hundred years after the end of the last Great War, humanity is still recovering from a long span of brutal, escalating warfare; first chemical and biological, then nuclear, and finally, genetic. After barely surviving the last Great War - a war in which genetically modified animals and insects were used as the primary weapons - mankind has resorted to outlawing technology of any kind. The very planet is on the brink as the catastrophic climate and environmental changes that humans have wrought still threaten the existence of all life. This unique collection of stories-within-stories looks at life after The End, and what it might mean for the world we've created. In "The Long Journey," we follow along with a bounty hunter and her gen-a-wolf partner as they escort their prisoner back for judgment. "After the Tower Fell" pays homage to one of this century's greatest fiction writers, while "No Good Deed Goes Unpunished" is a hard look at the disparity between the rich and the poor. "World Series" takes a humorous look at a secret sport taking place under our very noses, and "Ula's Turn" examines the true price of civilization.

Join the Seeker Khadija and her Seeker-Partner, the Gen-a-wolf Ula, as they track a thief into the dangerous that border the . They are to take the thief back west, to the prison of - the last city on the continent and the sole remaining vestige of Western civilization. was built by the head of the North American Corporation just before a series of short and brutal wars that marked final global economic and environmental collapse; what is now referred to as The End.


Imagine a world with no electricity...no cell phones...no computers. A world still devastated by the effects of global pollution, of massive climate change, of widespread genetic manipulation, of nuclear war. Imagine a world where we are the ones in the history books. What will they write about you?

Khadija and Ula live in a world where electricity and technology exist only in stories from the old days, and the leaders of are said to be descended from the wisest of the Before People. It is a world of Gennys - genetically manipulated creatures - left behind in the aftermath of the third and final War. Some, like Ula, are from a line bred for
their courage, their strength, their fearlessness in the face of battle, but many were intended for more malignant purposes. It is a world where "muties" are commonplace; a world of lifeless dirt and dead seas. It is a world where humans and their kin barely survived mankind's foolishness, and the very planet is still attempting to recover.
Along their journey, Khadija will discover that everything she's been taught about what caused The End, and what came after, is not the truth. Even the thief, and his crime, are not what they seem to be. Both Khadija and Ula will have to decide where their loyalties lie, and how far they are willing to go to seek true justice in this new and frightening world.

Cara J. Swanson was born in Colorado somewhere around thirty-six years ago, and

immediately leapt to work on her first story. She did not venture into self-publishing until 2006, however, when she formed Nighthawk/Raven Publishing to publish her first book, Blood Cult: Book I of the Elvestran Chronicles. She has since published the sequel, Daígu, a companion
Dictionary, and is working on the third in the series (The Desert Wanderer) as well as a murder mystery (When Demons Dance) and has recently published a futuristic partially fiction book titled The Long Journey. She has two mottos; “Be careful or you’ll end up in my novel,” and “I wish I was capable of working on one project at a time. But I’m not.” All her books are published under her personal four tenants of walking the Red Road: dedication to family, dedication to community, dedication to social justice, and dedication to ecological health. She is a signatory member of the Green Press Initiative.