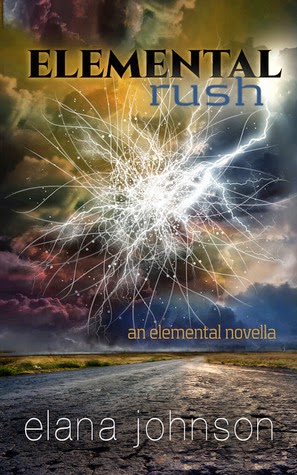 BLURB from Goodreads
Eighteen-year-old Adam Gillman has trained for twelve years to earn a coveted spot on the Supreme Elemental’s elite sentry squad. His brother, Felix, is the commander, but Adam is still thrilled when his official assignment to serve Alexander Pederson comes. He moves into nicer quarters and can stop getting up at four a.m. to complete his mandated workout time. He still rises early though, because he needs the solitude to practice his airmaking Element—something that Adam has kept secret from everyone, even Felix, because he can’t be both an Airmaker and a sentry. When Alex assigns him to kill a group of rogue Elementals, he balks at completing his mission for the first time. See, his only friend is Isaiah Hawking, and he’s the Earthmover on the accused Council. When faced with the prospect of killing him, Adam finds he can’t do it. He’s well trained in assassination, but he thought he’d be murdering bad guys—not innocents. When Alex buries the Elemental Academy—and kills over one thousand Elementals—in a fit of rage, Adam’s loyalty cracks. When he discovers that Alex is really a woman, and his brother’s lover, he defects. He hops from city to city, from Elemental school to Elemental school, always escaping only minutes before Felix can embed a knife in his heart or a tsunami can make a classroom his watery grave.He tries to fight back, but he’s just one untrained Airmaster with exceptional tracking skills. He does his best to warn those in danger, but as the last Elemental school goes up in flames, he knows he needs to get some real firepower on his side.

INITIAL THOUGHTS
I am approaching this novella with mixed feelings. On one hand as I have read other books by Elana Johnson I admit to having high expectations, on the other hand I don't usually enjoy this type of fantasy. So I'm looking forward to finding out what this one is like.

MY REVIEW
I purchased this novella from Amazon.co.uk for the reasonable price of 77p. The cover is quite striking with the lightening strike in a moody looking sky. Would I pick this one up from a book store shelf? Yes I find the cover would attract my eyes to it and of course having read another title by Elana Johnson, would also attract me to this title to learn more.
The main characters are two brothers, Adam Gillman and his older brother Felix. It is clear that Adam looks up to his brother, his ambition being to work alongside of him and be as strong as him.  Adam has been training long hours and working hard to prove himself as a good sentry guard. Adam's first assignment finally comes through and he has his wish of working with his brother Felix to protect the Supreme Elementalist Alex.
Adams first assignment is to find and kill a small group of apparently rogue Elental's. Adam find's himself questioning the order especially as he has met one of the Elementalist's he has been told to kill.  Adam feels a kinship with the Elemental's as he too can control the Air, though he has had no training and has not even told his brother about the things he can do.
Then Alex doe's something really strange by burying the Elemental Academy under a whole lot of rubble killing in excess of a thousand innocent elemental's within it. Adam realises he cannot serve as sentry and follow orders from someone who could do such a thing with no prior provocation. Adams quietly follow's his brother Felix, who ends up in Alex's private rooms. There Adam makes a shocking discovery that Alex is in fact a woman.
The story then follows Adam and his decision to flee his former job. Now Adam decides to go to an Academy to develop his Air element, but can he learn in an academy safely or is it Alex's plan to destroy them all? Why is Alex hiding the fact she is a woman. Why did his own brother Felix not tell him? Can Adam outrun Felix and his men and get to the safety of an academy and live in peace.
I really enjoyed this book. To begin with I thought I wouldn't get into with it being about guards and academies for elementalist's etc but once I got into the novella which is from Adam's point of view I felt myself drawn in and hooked, wanting to know what would happen next. At the beginning of the novella, which I read on my kindle is an area map of the United Territories which include the capital city of Tarpulin. I think the map will be more relevant and clearer to see if you have a paperback, as in my opinion maps tend to not be very clear on kindle devices. This small detail did not impair my enjoyment of this novella. There's so much more detail and facts I could go into about this book, it's amazing how Elena has crammed so much into a novella! I enjoyed the fast pace and different plots running alongside each other. The little clues that tell you Alex was a woman before Adam actually discover's this. You feel the hurt Adam feels that his brother Felix has kept this huge fact a secret from him. In fact Felix is not only hiding the fact Alex is a woman, he is in a relationship with her.
So did I enjoy the novella? I was skeptical at the beginning, but ended up totally immersed and loving every word.  Would I recommend the novella? I would, in fact I've recommended it to my daughter already. I think it will appeal to those readers that love titles such as Throne of Glass by Sarah J Maas.  Would I want to read more of this series?  I definitely will be doing so! I've purchased the Girls On Fire Box Set and Bk#1, Elemental Hunger features in it.   Would I read other books by Elana Johnson? I have already read Elana Johnson's Elevate and really loved that too. I fully intend to read more of Elana Johnson's books. I just need more reading hours in the day!

THE REST OF THE SERIES SO FAR 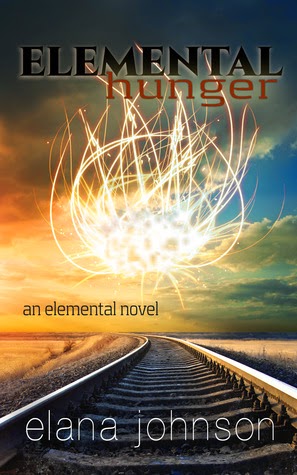 BLURB from Goodreads
Sixteen-year-old Gabriella Kilpatrick can shoot fire from her hands, which would be great if she didn’t get blamed for a blazing inferno that kills 17 schoolmates. When Gabby is commanded to Manifest her Element, everyone knows what she is: a genetic abnormality. Not to mention guilty.So she does two logical things to survive.1. She runs.2. She hacks off her hair to assume a new role—that of “Gabe”, because in her world, only boys are Firemakers.Not only does she have to act like a guy, she has to pretend to know everything a Firemaker should know. When Gabby meets Airmaster Adam Gillman, he believes her act and pledges to serve on “Gabe’s” Council. But Adam has the mark of a sentry and spent years obeying Alex, the Supreme Elemental. And Alex wants Gabby-the-genetic-freak dead and gone before she can gather the magical protection of a full Council.With Adam’s lies that sound like truths and rumors that Alex isn’t really a Firemaker—or a man—Gabby sets out to charter a Council of her own. In order to uncover the truth, Gabby will have to learn who she can trust, how to control her own power, and most of all, how to lead a Council of Elementals, most of whom have more control over their power than she does. If she can’t, she’ll find herself just like those 17 schoolmates: burned and six feet under.

BLURB from Goodreads
Two months after returning to the capital city of Tarpulin with a Council of his own, Airmaster Adam Gillman is ready to start repairing the relationships in his life. Up first: his Councilman and the girl he’d like to be more than friends with, Gabriella Kilpatrick. But first, he has to figure out how to be the Airmaster his Firemaker needs. In order to do that, Adam attends Elemental training and discovers that to truly command the air, he must first be in control of his emotions. And in order to master those, he has to grieve for the loss of Hanai, make amends with his brother, and earn the trust of Gabby. Amidst all that, Adam must also learn how to grapple with the jet stream, because a dangerous Airmaster is loose in Tarpulin. And Adam will need to find his emotional center in order to work with the atmosphere and defeat the threat.
Posted by Jeanz xx at 16:00