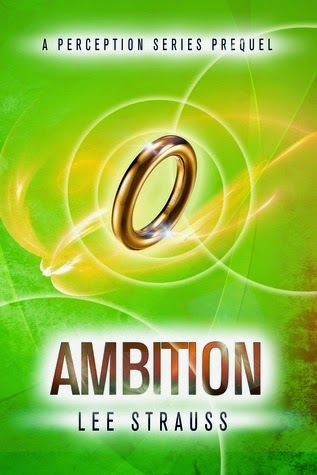 BLURB from Goodreads
Eighteen year old Noah Brody doesn’t like GAPs—Genetically Altered Persons. He’s taken up his dead father’s cause, speaking out and protesting against unfair GAP policies that are responsible for the massive social divide between wealthy GAPs and poorer naturals.If only he could keep his mind off of perfect Zoe Vanderveen, daughter of the GAP family his mother works for.And can he really fill his father’s shoes?

INITIAL THOUGHTS
After having read Bk#1 in the Perception Series, and finding out about this prequel novella I found myself wanting to read more about Noah and his life prior to him getting involved with Zoe Vanderveen and her plans to find out exactly why and how her brother Liam has disappeared.

MY REVIEW
So this one is a FREE prequel. The cover fits well with the others in the Perception Series. We learn about Noah's family, his mum who is ill and finding it difficult to keep up to the needs of her job working for the Vanderveen's. We also learn about Noah's two younger brothers and where and how they live. Compared to how the GAP live Noah and his family live like paupers. The thing is I think we will learn throughout the series that really it is the "Naturals" who are more living with more happiness and contentment than the GAPs who have everything and want for nothing. We learn that Noah's father was a preacher was shot. Noah's father's "flock" look to Noah for leadership. Noah is an anti-GAP demonstrator with his friends. This novella introduces us to one of Noah's friends who is a pivotal character in Bk#1.
So did I enjoy I enjoy the novella? Yes I did and I think it could be read before or after Bk#1. Would I recommend reading the novella? Yes though, you do learn most of the facts from the novella i Bk#1. I still enjoyed it and hey it was a FREE download so no excuse not to read it! Would I read more in the Perception Series? As I've already read Bk#1 I'd say I've all ready read more and I definitely want to read more, much more. Would I read other titles by this Author? Yes I have already marked some of them on Goodreads that I'd love to read.
Posted by Jeanz xx at 14:00