BLURB from Goodreads
Montgomery, Alabama 1973. Fresh out of nursing school, Civil Townsend has big plans to make a difference, especially in her African American community. At the Montgomery Family Planning Clinic, she intends to help women make their own choices for their lives and bodies.

But when her first week on the job takes her down a dusty country road to a worn down one-room cabin, she’s shocked to learn that her new patients are children—just 11 and 13 years old. Neither of the Williams sisters has even kissed a boy, but they are poor and Black and for those handling the family’s welfare benefits that’s reason enough to have the girls on birth control. As Civil grapples with her role, she takes India, Erica and their family into her heart.Until one day, she arrives at the door to learn the unthinkable has happened and nothing will ever be the same for any of them.

Decades later, with her daughter grown and a long career in her wake, Dr. Civil Townsend is ready to retire, to find her peace and to leave the past behind. But there are people and stories that refuse to be forgotten.That must not be forgotten.

Because history repeats what we don’t remember.

REVIEW
I’ve seen two different covers for this book, the Phoenix Books one which is the UK version and the Berkely, US one. Whilst I do really like both covers and feel they both fit the book very well. If I had to choose a favourite cover, the one that would immediately make me pick it up from a book store shelf it would be the Berkley, US one. I love the image of Civil Townsend, the central character of the book. It also features the two sisters from within the book who quickly become a large part of Civil’s life.

The book begins with a newly qualified nurse Civil starting her first nursing job at Montgomery Family Planning Clinic. Civil is about to make her first home call, which is to two young sisters, Erica 13years old and India 11years old, to give them their second birth control injection. Civil is shocked to see the conditions the two girls are living in. From the description in the book, I visualised a broken down, shed like building. The home is given to them to live in whilst their father Mace Williams works for the local white landowner Mr Adair. Also living in this downtrodden home is the girl’s grandmother who manages to cook and feed the girls though it soon becomes apparent they do not attend school. Civil quickly makes it her mission to help this family out of their current dilapidated home. Civil looks into getting the Williams a new home and succeeds just in time as it turns out Mr Adair no longer needs Mace working for him. At times it seems an uphill battle for Civil, going round in circles getting the paperwork, then getting it signed. Organising the moving and some simple furnishings for the new home. Civil also finds school places for the girls. India needs a specialised school as she doesn’t speak, but that doesn’t deter Civil and she finds a place run by Nuns that have the necessary tools to teach India. Mrs Williams loved her new kitchen, cooking meals for her family and enjoys adding things to the new family home. Unfortunately, along with improving certain things for this family Civil unwittingly makes life harder for them in certain ways. When Civil’s boss at the clinic, Miss Seager, the only white woman at the clinic becomes aware of Civil not continuing with the birth control regime laid out for Erica & India by one of the other nurses, she takes it upon herself to turn up at the William’s home under the pretences of taking the girls for injections and coerces the girls Grandmother, and Father to sign papers knowing neither can read them, and takes the girls off to a nearby hospital to be sterilised. Civil blames herself for not pre-empting this move by her boss and helps the Williams take their case to court. The case soon becomes a hornet’s nest when it is discovered that William’s girls aren’t the only ones that have been sterilised. Though Alicia and the other nurses had made it clear to Civil, they could not risk losing their jobs and didn’t want to “rock the boat” they do turn up at the courtroom to be there for the conclusion of the case.

I adored the character of Civil, despite pressure from her parents wanting her to become a Doctor, or at the very least work with her father who is a Doctor and has his own practice she is determined and is successful in becoming a nurse. Civil wants to become a Nurse as she feels they make more of a difference. Civil really is quite a tough young woman who knows her own mind. In fact, her attitude is quite progressive for that era and the society. Civil is determined to become a nurse and to genuinely help people, despite a few alternatives being available to her. Civil takes a hard decision whilst at nursing school, an even that opens her eyes to the injustices women encounter all the time. Civil could marry and settle down into a “family” life but she doesn’t want that her sights are set on being a nurse who makes differences for her patients. Civil may have had some advantages in life in that her father is a Doctor with his own practice. However, Civil’s mother June hasn’t always been “there” or seemingly “present” during Civil’s childhood. June does provide help and contacts for Civil when she is trying to re-home the Williams family. Civil also relies on her ex-boyfriend, though remaining close friend, Tyler and his Solicitor parents for help with the Williams family situation too. I kind of felt sorry for Civil when the Williams make the decision to move away so she will no longer have regular contact with Erica and India. The matriarch, grandmother, Mrs Williams does come across a little harsh with Civil sternly reminding her that they are and always will be grateful for the help she has given but Erica and India are not Civil’s responsibility or family.

I also liked Tyler Ralsey, always seeming to want to do the right thing by Civil. Despite what has gone on between them he is there with a few of his friends to help Civil move furniture into the new home for the William’s family. Civil is regularly invited to Sunday dinner with him and his parents. Both Tyler and his parents are there to offer advice and support during the court case. I think Tylers parents always thought Tyler and Civil would marry, but they never put any pressure on the pair. Having said that, the young couple Civil and Tyler do not reveal their “secret” otherwise I think there would have been pressure from the Ralsey and Townsend parents.

I wasn’t totally sure of what I thought to Alicia Downs who started working at the Montgomery Family Planning Clinic the same day as Civil. Though they both agree that giving contraceptive injections to minors doesn’t seem right and nor does talking and at times really pressurising other women into tubal ligations I wonder if Alice would have made a stand like Civil, or would she have just continued going to work, following her instructions, collecting her wage and not thinking about what was happening. When Civil starts researching, Alicia joins in. In fact, she becomes a part of the Ralsey Sunday dinners too.

The only slight negative I have was how the book started I had thought that Civil’s adopted daughter, Anne, was somehow involved in the story, but she isn’t really and we don’t find out how Civil came to adopt her. The way Civil’s daughter Anne is involved is that who Civil is telling the story too.

I feel like I could go on and on about this book, all the different threads of Civils life, it’s almost her coming of age tale running alongside all the other aspects of the plot. There’s Civils relationships with her parents, Tyler, the Ralseys, the Williams and the other characters. Along with the Williams tale, there’s the horror of how the medical community thought it perfectly acceptable to treat anyone they thought “lesser” in any way, be that wealth, health, race, or in intelligence, in whatever way they wished to. It was acceptable that these people thought of as “lesser” have their rights and abilities to procreate taken away from them.

It was difficult to understand and comprehend that this book and its characters are based on things that really, really happened, and not so long ago either. I can’t believe all this was going on in my lifetime, I was born in 1971 and this book begins in 1973 with Civil, a newly qualified nurse first meeting those two young girls who are part of a family that hasn’t got a lot going for them, who live in awe of the government and are perhaps a little too trusting.

My immediate thoughts upon finishing the book were that it was a highly emotional read set in an era that was skewed heavily against you if you were black and even more so if you were also poor. It’s even more disturbing when you realise that this book is based on something that really happened to a lot of young girls and women like the Williams featured in the book.

Summing up, I loved reading this book, it took me through a whole range of emotions, shock, disbelief, horror, anger and sadness that this sort of thing occurred not all that long ago and that very little was actually done about it. It’s even more shocking that this subject was not even mentioned during history lessons at school. I had never heard about such medical trials and certainly not the ones spoken about in the book before. 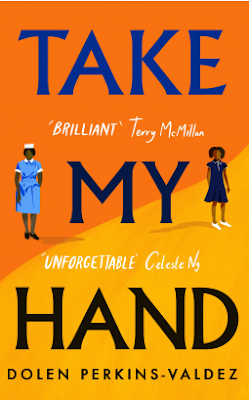 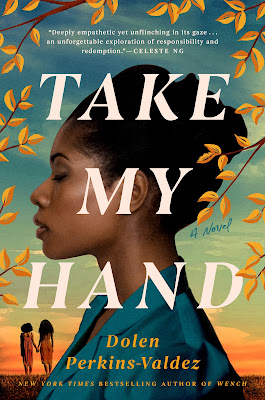 Though I do like both book covers and they both feature Civil and either one of the William's girls or both of them. I think both covers are bright, colourful and do a good job in making the book stand out on a book shelf. The one book cover I would gravitate to the most is the one with the more close up image of Civil and the two William's sisters holding hands in the background of the cover. Which cover do you prefer?