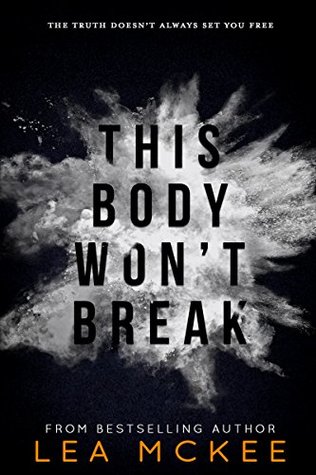 BLURB from Goodreads
The truth doesn't always set you free.
Orphaned as a child, Joanna has lived her entire life in the care of the New Terra Alliance. On the verge of turning eighteen, she eagerly awaits her release into what remains of society. It was a beautiful lie. Joanna was never meant to leave. She is part of the August Harvest, slated to die before the month’s end. With a rogue soldier’s promise to find her a way out, Joanna dares to hope. But as Harvest Day approaches, she realizes that to truly defeat the NTA, she must extinguish the source of its corruption–the Commander General himself. But Joanna has no idea the Commander lies in wait, hatching a deadly plot of his own.

REVIEW
After reading a few contemporary books I felt ready to go back to one of my favoured genres of Post-Apocalyptic or Dystopian. When I read the blurb of this book I decided this was what I wanted to read. I bought an e-copy of the book from Amazon UK. At the very end of the blurb there's a snippet that recommends this book for fans of Divergent, The Darkest Minds, and The Handmaid’s Tale saying it is story of twisted secrets, romance, and page-turning suspense. I loved Divergent when I read it so decided to read this book.

The background cover of the book is just a plain black and has an explosion of grey on it. The title and author name fonts are quite basic yet stand out well. One thing I really love about the cover is the addition of the first line of the blurb "The truth doesn’t always set you free." to the cover. Being super nit picking the only thing I would change about the cover is to add some colour. I think the "explosion" of the red would certainly attract attention to the book when it is on a bookshelf in a store. Having the splash in red in the middle of the cover would represent the theme of blood which is pretty central in this book.

The genres I have seen listed for this book are Sci-Fi, Dystopian & YA. I totally agree with both the Sci-Fi and Dystopian genres. It may be aimed at the young adult market but as an adult I also thoroughly enjoyed reading This Body Won't Break. I would also add that I think the whole virus/disease of TEN would place the book into the post-apocalyptic genre and come under the pandemic label too.

After finishing my previous book I decided to read just a couple of pages of this book (as it was late at night) I felt pulled into this book almost immediately, and read more than just a few pages as originally planned! I finally forced myself to stop reading at around 26% I seriously didn't want to put it down. In fact, I ended up being really drawn into this book quickly and it kept a hold on me until the very end! It really is addictive reading!

The main background part of this book you need to know, is that a virus called TEN was caused by nuclear fallout and has become airborne which leads to a terminal sickness that has wiped out a lot of the population making it necessary for the government referred to as the NTA to take the steps of introducing an Institute for those orphaned to be brought up and prepared for being useful citizens when they reach working age. Each area has a few of these Institutes where those that live in them go through phases one and two, preparing them to leave and go onto phase three. Upon reaching maturity, at 17 almost 18 years old those at the Institute are taken to "phase 3" where they will be tested and helped to choose and train for their chosen job in society.

We meet the main character of the book, Joanna as she is dressing in her black, white and dull green uniform that marks her out as being part of zone 3. She looks around her room an exact copy of every other room in phase 2 at the Institute. Those living in the Institute are orphans' aspirants who have lost their families to the dreaded virus which is referred to as TEN. Its August which is Joanna's birth month, she is now considered an adult and will be leaving for phase 3 along with the other aspirants with the same birthday month. This leaving phase 2 and moving on to phase 3 is referred to as harvesting. Joanna first came to live at the Institute quite late in life at just three years old. Her parents died in an accident, leaving her an orphan so she was sent to the Institute. The others at the Institute such as Danny and Sophie have been there all their lives like the other aspirants at the Institute. Making friends is not really encouraged so it is unusual when Dianna, one of the Institute workers seems to take Joanna under her wing, allowing her to eat her meals with her in the kitchen instead of alone in her room. This friendship is the only reason Joanna can think of, when Dianna pulls her to one side in a desperate bid to hurriedly tell her something before she is actually transported to phase three. The information that strikes Joanna as odd, that she remembers Dianna telling her is that, Things are not as they seem. That they have been risen like a farmer raises pigs. Joanna doesn't get the opportunity to ask Dianna exactly what she means as guards appear to usher all the aspirants into an awaiting van. As the ten aspirants from Joanna's Institute get into the van, they are all pondering what will happen at phase 3. One girl says they will only be at phase 3 for a month before being sent out to specific areas to train for their future jobs. After her brief warning from Dianna Joanna is even more perplexed when the van guard berates the ten aspirants for not working "it" out. He actually tells them they have thirty days and they should make the most of them. Another character in the van who is even more suspicious about what is to come in phase 3 is Chase. We learn has escaped twice already, the first time out of pure curiosity, and the second time because of something he had seen that he shouldn't have! When their van stops they are told to leave the van in an orderly way and wait along with other aspirants from all the other Institutes in the different areas. Males and females are assigned their wings and room numbers and will only mix with each other in the shared communal spaces. Only for some strange reason Cash is assigned to the same room as Joanna, and two other female characters, Danny and Sophie.
Joanna's suspicions are raised even more when a guard whom seems strangely familiar to her hands her a piece of paper saying he needs to show her something. Should Joanna trust him? Is it some sort of trap or part of the training or even a test.
So I have decided at this point I cannot really tell you much more of the plot, as you should have things unfold and pique your individual curiosity as you read the book.

The character I instantly liked was Joanna, who has to try to piece together certain clues to decide whom she can trust. Joanna also has to deal with Cash and his distrust of the establishment that runs the Institute and has brought them up. I think maybe Joanna would have just put her concerns aside but with Cash asking questions and then the guard Knox saying there is something she needs to see, she cannot just forget and go on blindly. I really liked the part where Joanna realises how institutionalised she has become. Joanna discovers that the full name of her rescuer/protector is Ethan Knox. At the institute no one has a surname, only a first name, birth month and ID number. So at the Institute she was known as Joanna August 638.


I loved the description and character of Knox. When Joanna has her recurring nightmare of falling from a tree despite a hand from above trying to save her, and this time she sees the actual face belonging to the hand and it's Knox you realise there is much more to Knox that Joanna cannot remember. I really love the character of Ethan Knox because of the way he checks in with Joanna making sure she is alright. He truly wants to protect her. When the reason he blames himself for Joanna being in the Institute is revealed you understand why he is so protective over her.

I enjoyed the writing style and pace of the book. Lea managed to reveal things slowly but still hold enough back to make you so eager to read more, I really hated having to put this book down! There’s a lot of action, some romance as well as danger and betrayal in this book.

My immediate thoughts upon finishing the book Wow! How could you leave the book right there Lea?! I loved this book, which is the start to the O’ Negative Series and I had a feeling about that certain character whose name I won't reveal and the scene where he dropped something, I was so suspicious of him! I hope I have told you enough in this review to encourage to read the book without giving away too many details and spoiling the flow of the book for you to read for yourself. What else can I say, I loved this book. Certain aspects in it reminded me of other titles I have read. There is a certain aspect within the book that seems to be an upcoming new sub- genre. This book had me thinking of Body Parts by Jessica Kapp, The Body Institute by Carol Riggs, The Vampire Games by Stephanie Archer along with a few other titles I have read. I'd definitely recommend reading it. 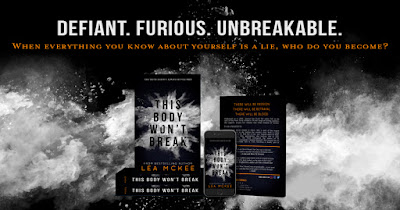