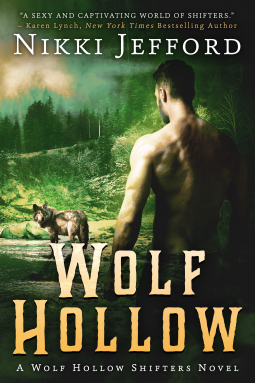 BLURB from Goodreads
A REBELLIOUS OUTCASTCocky. Coy. Wolf shifter. Tabor is the hollow’s only half-breed, scorned and forbidden to use his powers. Constantly overlooked despite his strengths, Tabor believes Sasha is as shortsighted as the rest of the pack until she proves there’s more to her than a blindly obedient lapdog to the council.A DUTIFUL PUREBLOODSpirited, stubborn, and deeply loyal, Sasha feels the pressure from her pack to claim another pureblood, yet no one is brazen enough to defy the elders and toy with her . . . no one besides a sexy, hotheaded half-breed.AN ATTRACTION THAT THREATENS THE FUTURE OF THE PACKBewildered by the deceptively proud and surprisingly sensual Sasha, Tabor would risk everything to claim her. Despite her vanishing bloodline, Sasha can’t resist the charismatic half-breed even as predators threaten their pack and the elders pressure her to breed with a pureblood.In a fantastical post-apocalyptic world, where only the strongest survive, sometimes trusting the heart is the bravest act of all.

REVIEW
Nikki Jefford is an author that I have heard of but I hadn't read any of her books and when I saw Wolf Hollow was described as both shifter and post apocalyptic I was intrigued how the genres would mix together.

The cover is set in a forest, which we later discover is wolf hollow. There is a wolf in the background who is looking towards the male in the foreground. I did wonder how post apocalyptic the book would be as it seems to be showing a very healthy looking green forest so was looking forward to finding out more. The title & author name font stand out well along with the series title at the very bottom of the cover. There is a tagline/recommendation from author Karen Lynch, though I haven't read anything by Karen so it didn't really sway me either way. I think the cover should catch your eye when on a bookstore shelf enough to make me want to pick it up and read the blurb.

A disease brought devastation to the world twenty eight years before, meaning there are many empty houses and buildings to be scavenged for useful items for the remaining human survivors and the different shifter survivors. There are two types of shifters in this recovering world, pure-blood shifters who are born and brought up in the wild, and the more urban shifters who are considered half-breeds. The humans that survived the disease have been hardened and are cruel to shifters if they manage to catch them. Making shifter fight shifter and forcing male shifters to mate and create shifter pups for the humans to use for security or to make money from fighting each other.

The Wolf Hollow pack live in the forest and are suffering with reduced numbers. The pack were attacked by a group of vulhena's years ago and their pack numbers have never gotten back to what they were. The Wolf Hollow Pack have a council which is made up of the three surviving elders, Jager, Garrick and Palmer. Also on the council are Garrick's son Raider and the only remaining pure-blood she-wolf Sasha. There's a lot of pressure being put on Sasha to claim a pure-blood wolf and procreate to continue her family's bloodline. However the only pure-blood male Wolfrik disappeared not long after the Vullhena attack that killed their parents saying he would not be told what to do and no one would tell him who to mate with too. Sasha was devastated, and has remained so for three long years. Sasha has continued with life in Wolf Hollow providing security to those that live in the den with their pups and preventing vulhena's attacking. It's during such an attack that Tabor a half breed shifter/wizard finishes off killing a vulhena Sasha had begun fighting. It's then that Sasha truly looks at Tabor thinking perhaps she will never find a pure-blood to mate with and that maybe it's time she look around at the other males available in Wolf Hollow as potential partners. Sasha feels she wants to settle down, but she is a strong willed woman who doesn't appreciate being told who she should or shouldn't choose as a mate. There are quite a lot of pack rules, policies and traditions at play within Wolf Hollow. When the elders reveal they have finally persuaded Hector a pure-blooded male from the Glenn Meadows pack to visit during a moon ceremony Sasha is somewhat annoyed. It becomes more and more apparent that the elders plan to quite literally present Sasha to Hector during the dance in the hope they will claim each other. Sasha has other idea's and removes a necklace she has been given to wear so that Hector will recognise her. Sasha has no intention on mating with Hector now she has her eyes set firmly on someone else. Tabor also is feeling a strange sudden attraction to Sasha ans when the opportunity arises to replace one of the ceremonial dancers and dance with Sasha during the mating ritual he takes it. Just when you think all is well and Sasha and Tabor may have a chance at happiness, Wolfrik returns to Wolf Hollow. Tabor is tricked by one of the cunning elders who wishes to rid the pack of the half shifter/wizard along with another male wolf called Zachary.

There's such a lot going on in this book with the shifter relationships, the mating and claiming of shifter partners, the pure-blood vs half-breed shifter politics, the vulhena. mad wolf and human problems along with unscrupulous elders and the need to change and modernise the pack to ensure it's future.

I of course loved the kick butt female lead character of Sasha who is as tough as any of the males who provide the security patrols to keep men, mad dog and vulhena situation under control. She is a loyal friend to Wolfrik even though he abandoned her years before she is still there to offer her help and support as a friend. Sasha is also in agreement that the pack needs more democracy and more people on the elder council. Sasha is also prepared to put her life on the line to rescue Tabor when he is being held by humans. You also see a softer side to Sasha when she visits the trees of the ancestors where her parents are buried. I'd have to say she is my favourite character in the book. Though I also like den mother Heidi who isn't scared to stick up for half breed friends when needed, nor unafraid to either put her thoughts for changes within the pack across, or back others such as Sasha that suggest them. Heidi being a den mother also means she has two cute pups, Amy and Eric, who I hope we get more of in the next book too.

Of the male characters I liked Aden, who was Sasha's patrolling partner at the beginning of the book, who seems to accept what the elders have instructed him that as the packs only large tough werewolf he will be expected to not claim a partner or mate as he will always be needed for patrols and security. I hope to see Aden meet a suitable partner later in the series! Tabor is also a favourite, the way he has always been regarded and treat as an outcast. It's no wonder he is quick to believe the lies of Garrick about whats best for the pack. He is a true asset to the pack even if they don't all realise that. I loved the fact when he is given the option of a different life elsewhere he follows his heart.
The main character I loved to hate was Garrick, the elder, father to Raider. In fact Garrick is so bad even his own son, Raider does not speak up on his fathers behalf. I think the new council members will see to it that he doesn't step out of line again. The other character that gets his comeuppance is Zachary. Though I felt a little sorry for him as he was kind of blackmailed into helping Garrick in his attempt to rid the pack of Tabor. Zachary's sentence is one of the harshest that can be handed out to a male shifter. Judging by his apparent immediate infatuation with Tabor's relative arriving near the end of the book I'm thinking maybe he will redeem himself in some way in the coming book series.

I read this book in just two reading sessions, I really didn't want to put it down, it quickly became addictive reading. I will be checking out other books by Nikki Jefford as soon as I get the chance and the Wolf Hollow Series is firmly on my WTR list. This is an 18+ read due to the content, descriptions and certain acts described in the book. It is a little steamy in places but all such scenes etc are within a great plot. I could seriously go on and on about this book, it is crammed with plot and action. There are so many ways this series could take, I am sooo looking forward to reading more.

My immediate thoughts upon finishing this book were . . . When can I read the next one? and What else has Nikki Jefford wrote that I could read whilst I'm waiting for book two in the Wolf Hollow Series?