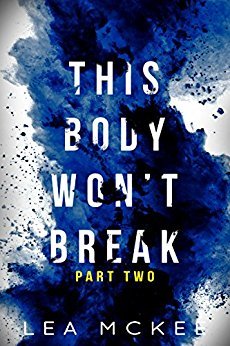 BLURB from Goodreads
Freedom comes at a price.Joanna has escaped. She’s finally free, but there’s no time to celebrate. The soldiers of the New Terra Alliance hunt her across unregulated land. A land filled with its own host of perilous dangers. Against the odds, Joanna pushes on, but she’s haunted by the faces of all the O-Negatives she left behind.In less than thirty days they’ll all be dead. Harvested.To have any hope of saving them, Joanna must join forces with a rebellion teetering on the edge of an uprising. But when she’s reunited with the one person who ever cared about her, and the mother she didn’t know she had, she’ll have to decide if she’s ready to give up her only chance at freedom.

REVIEW
After reading part one of this book I just had to read the next book. The cliff hanger from part one really leaves you eager to read part two. I love a great dystopian, though I would say this series has post apocalyptic elements too, which I also love.


The cover is basically the same as that for part one with its stark white background perhaps but the explosion of colour is blue. Once again the title and author name fonts are quite basic yet stand out well. I think the "explosion" of the red would certainly attract attention to the book when it is on a bookshelf in a store. Once again the only thing I would be tempted to change about the cover is to add the first line of the blurb "Freedom comes at a price" to the cover.

So to say I had questions to be answered in this book was an understatement. I had oodles of things I wanted to know! Such as, why does Ethan/Knox seem so familiar to Joanna? Exactly who is Dianna? A friend to Amy? The person who took Joanna to the medical centre that ended up with Joanna being taken into the Institute.

Once again there's lots of action in this book. This part picks right up where part one ended, answering the immediate question of will Joanna survive the river. Knox is in charge of getting Joanna and also Cash as he is tagging along first out of the Institute and negotiate the wilder landscape and whilst avoiding recapture by the army that belong to the NTA & Institute as well as the exiles who run riot in the rougher landscape between the Institute and freedom. Knox ends up separating from Joanna and Cash a few times in attempts to give them a head start on those that would capture or harm them.

I really liked the part where Joanna realises how institutionalised she has become. Joanna discovers that the full name of her rescuer/protector is Ethan Knox. At the institute no one has a surname, only a first name, birth month and ID number. So at the Institute she was known as Joanna August 638.

Now that Joanna is free and has met her mother, and Ethan's father she wants to know more about her own father too, but her mother constantly changes the subject. When Knox slips and tells her the identity of her father it certainly comes as a big shock! Joanna learns much more about the NTA and what they are doing at the Institute though still finds it hard to imagine that people give up their babies for the greater good. Amy, Joanna's mother came up with an alternative cure that has a 60% success rate and even made sure her paperwork was given to someone in the NTA but they didn't use it preferring to stick to their current "cure". Joanna is eager to go rescue those she has left behind in both the Institute and the few friends among the others at Phase 3.

During this book I grew to like Joanna more and really love the character of Ethan Knox even more. The way he checks in with Joanna making sure she is alright. He truly wants to protect her. The reason he blames himself for Joanna being in the Institute is revealed in this part too. I did begin to really like Cash in part one, his desperation to escape after learning some of the truths behind the Institute, even though he had tried and failed before. In this part I kind of became a little suspicious of him when some sort of device falls out of his pocket and he hurriedly hides it back in his pocket not really explaining to Joanna what it really was. Not sure what it could be, maybe he is undercover for the NTA, or the exiles?
The other character I had initially been a little wary of was Dianna, especially as she was supposed to join the "freedom fighters" when Joanna was rescued but she has yet to make contact or turn up. There was another male character that was undercover with Knox too but he is also missing. Could these missing freedom fighters have switched allegiance? Or be imprisoned or worse by the NTA.

I definitely want to read more parts of this book and more of the series, there's so much more to happen and so many characters to both meet and learn about. I enjoy both the pace and writing style that Lea McKee delivers. This review may seem a little shorter than usual and perhaps disjointed or vague but it is difficult to reveal enough detail and tell you what I thought without revealing too many things that happen in the book that would spoil your own enjoyment of it. I've really taken to this series and find it quite an addictive read. Had I had access to part 3 upon finishing part 2 I'm sure I wouldn't have been able to resist reading it straight away!

My immediate thoughts when I finished this part of the book was wow! Loving this book/series. Now I have to wait (I'm)patiently for the next installment!