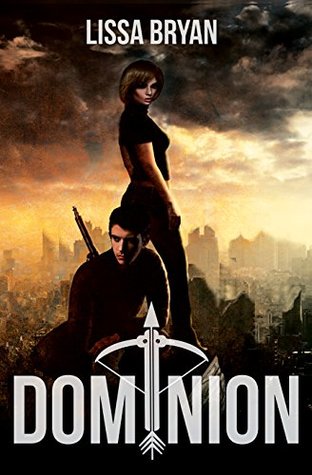 BLURB from Goodreads
A generation has passed since the pandemic known only as the Infection ended the world as we know it. In a little town in the Appalachian Mountains, Taylor has known only a harsh and brutal struggle for survival in a land littered with the rusted-out remnants of a lost world. By day, she labors in a coal mine. In the evenings, she tends a secret collection of beehives, and uses the honey to pay for lessons in survival skills, such as hunting, fishing, and collecting herbs. Her home is a single room in a crumbling old motel, and her only companion is a pet box tortoise named Go she’s had since she was a child. When her town is destroyed by a vicious gang of raiders known as the Nine, Taylor escapes with Dylan, the son of the mayor. Their only plan is to head south and escape the Nine’s vast territory, avoiding areas contaminated by meltdowns and industrial pollution where mysterious illnesses plague the residents. Dylan has never known hunger or hardship and struggles to learn survival skills. He’s never known a woman like Taylor either. He tries to pay her back by teaching her to read and telling her the stories passed down from the world of Before. They certainly didn’t plan on falling in love. Taylor fights it every step of the way, because in her world, any emotional attachment is dangerous. She’s been taught since childhood that love slows you down, makes you weak. But the feelings growing between them cannot be denied. Taylor finds herself slowly breaking every one of her hard-learned rules of survival. She discovers that perhaps some of those things she’s always fought to avoid are the very things that make life worth living. . . . And death shall have no dominion . . .

“In the old days, fat women were considered to be very beautiful.”
“Really?”
“Yeah. I had this book of pictures of paintings that used to hang in museums. All of the great beauties immortalized in those paintings were plump. And usually naked.”
Taylor laughed. “I suppose if you’re going to take hundreds of hours to paint a picture, it might as well be of something guys want to look at.”
“I wonder what happened to all of those paintings.” Dylan lay back against the sleeping bag beside her and tucked his arms beneath his head. The poncho crinkled as he moved. “They’ve probably crumbled away now with no one to take care of them.”
“But you had them in your book, right? So they’re not lost.”
“The original is.”
“I honestly don’t understand how that matters. As long as you still have the picture in the book, it still exists. A painting is an idea, right? So as long as the idea survives, that’s the important part.”
“That’s one of the reasons why I think reading and writing are so important,” Dylan said. “So ideas can be preserved, passed down. You said you used to save your valuables so you could trade them for knowledge, to learn how to make something or find the resources you needed. Reading is another one of those skills that would help you find knowledge.”
She smiled at him. “Okay, you win. It’s important, and I’ll try harder to learn it.”
He took out the notebook he’d found in the child’s backpack and selected a charred stick from the fire. He touched the tip to make sure it was cool and handed it to her. Slowly, she traced out the letters TATOR.
He took the stick from her and wrote below it TAYLOR.
“But I like TATOR better,” he said. “It’s cute. Tater.”
She made a face at him, but she wrote her name correctly below. She began his, but she only got as far as “DYN,” and then admitted she couldn’t remember it.
He put his hand over hers and wrote the word. DYLAN.
He hadn’t let go of her hand. Taylor looked up at him, and saw him gazing down at where their hands were joined. Taylor released the stick. He twined their fingers together and stroked his thumb over the back of her hand, a soft stroke from the knuckle on her index finger down to the soft webbing where her thumb joined her palm. He caressed that little curve of skin, and a shiver ran through her. She noticed she wasn’t breathing and cleared her throat. He looked up at her, those blue eyes connecting with hers in a jolt she felt deep within her.
She licked her lips. “I—I better . . .”


He kissed her. The notebook fell off her lap into the dust at her feet, but neither of them noticed.

This Tour was done in conjunction with:
The Writers Coffee Shop