P.C. CAST is the #1 New York Times and USA Today bestselling author of the blockbuster House of Night series, co-written with her daughter Kristin Cast. With more than 20 million copies in print in over 40 countries, Cast’s novels have been awarded the prestigious: Oklahoma Book Award, YALSA Quick Pick for Reluctant Readers, Romantic Times Reviewers’ Choice Award, the Prism, Holt Medallion, Daphne du Maurier, Booksellers’ Best, and the Laurel Wreath.  Furthermore, The House of Night series reached number one on the U.S., German, and UK bestseller lists, and remained a fixture on The New York Times Children’s Series bestseller list for over 160 weeks.

This Fall, or autumn for those in the UK, P.C. CAST brings us her much-anticipated new epic fantasy set in a world where humans, their animal allies, and the earth itself has been drastically changed. 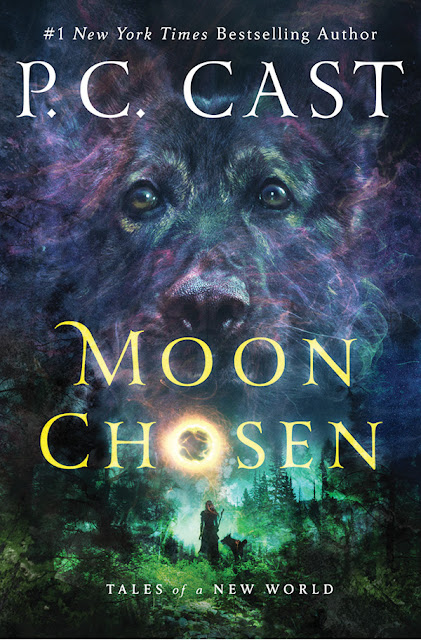 BLURB supplied by St Martins Griffin
Mari is an Earth Walker, heir to the unique healing powers of her Clan; but she has cast her duties aside, until she is chosen by a special animal ally, altering her destiny forever. When a deadly attack tears her world apart, Mari reveals the strength of her powers and the forbidden secret of her dual nature as she embarks on a mission to save her people. It is not until Nik, the son of the leader from a rival, dominating clan strays across her path, that Mari experiences something she has never felt before…

Now, darkness is coming, and with it, a force more terrible and destructive than the world has ever seen, leaving Mari to cast the shadows from the earth. By forming a tumultuous alliance with Nik, she must make herself ready. Ready to save her people. Ready to save herself and Nik. Ready to embrace her true destiny…and obliterate the forces that threaten to destroy them all. 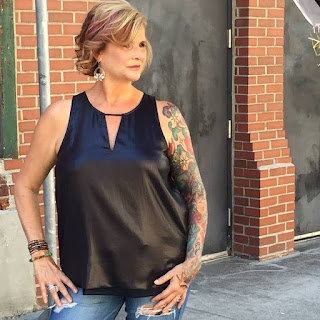 P.C. CAST is the #1 New York Times and USA Today Best-Selling author of the House of Night Series and a member of the Oklahoma Writers Hall of Fame.  With more than 20 million copies in print in over 40 countries, her novels have been awarded the prestigious: Oklahoma Book Award, YALSA Quick Pick for Reluctant Readers, Romantic Times Reviewers’ Choice Award, the Prism, Holt Medallion, Daphne du Maurier, Booksellers’ Best, and the Laurel Wreath.

Ms. Cast was born in the Midwest, and grew up being shuttled back-and-forth between Illinois and Oklahoma, which is where she fell in love with Quarter Horses and mythology.  After high school she joined the United States Air Force and began public speaking and writing. After her tour in the USAF, she taught high school for 15 years before retiring to write full time.  Ms. Cast lives in Oregon surrounded by beloved cats, dogs, horses, and family.

Mari braced herself, and as she had so many times before, felt her mother stiffen while energy surged through Leda and into Mari, sizzling through her palm, down her arm to swirl around and around inside her, growing in power with each second that passed.  Mari’s heartbeat began to hammer and her breathing suddenly increased until she was panting as hard as was the pup.  In her arms, Rigel whined uncertainly.
“Focus.”  Her mother’s voice was only a whisper, but Mari could feel it through her whole body.  “You can do this.  The power is not yours to keep – your body is merely its channel.  Borrow serenity from the image of the Earth Mother.  Though you may be surrounded by chaos or sickness or injuries, find the true you within. Release that which belongs to the world –fears, worry, sadness, so that the silver stream may wash unimpeded through you. It is a waterfall at night. Rigel is the basin that must hold it.”
Mari stared at the beautiful image of the Earth Mother that Leda pruned and cared for so lovingly.  But, as always, the figure was only foliage and art to Mari.  She couldn’t feel the divine presence her mother revered.  She could not find her true self – her center.  “Mama, I c-can’t.  It’s s-so c-cold.  It- it hurts.” Mari stuttered through chattering teeth.
“Only because the healing power is not meant for you.  Release the fears of your body, Mari.  Focus!  Find your grounding and become a channel for the moon’s energy.  Tonight you must succeed.  If you do not, your Rigel will surely die.”
Her mother’s words exploded through Mari’s body.  “No!  He can’t die.  I won’t let him.”  She gritted her teeth against the cold and tried to focus past the pain – to release the cacophony of emotions that swirled through her body unimpeded – and to be the channel for the moonfall of water.  Yet, still the power was a whirlpool within her.  It terrified Mari and threatened to suck her down to drown in its freezing depths.
This was when she usually failed.  This was when she dropped her mother’s hand and allowed sickness to claim her so that she vomited, dry heaving misery and moonlight while Leda stroked her back, consoling her with calm, loving words that reminded Mari there would be a next time – she would do better the next time.
But there was no next time for Rigel, and Mari refused to lose him.  Think!  Focus!
“Mari, slow your breathing.  Calm your heart.  This is no longer practice.  You either heal Rigel, or fail and he dies from shock and blood loss.  This is your reality.”
“That’s it, Mama!  I need to make this my reality!”  Mari squeezed her eyes closed.  Could that be the answer?  Could it really be that simple?  Mari imagined that she was in their burrow, alone, sitting at her desk preparing to create a sketch.  Her gulping breath slowed.  Her hammering heart quieted.  Mari found her grounding as she envisioned a blank sheet of paper.  On that paper her imagination began to quickly, easily, sketch an image of herself, sitting crossed-legged with Rigel spread across her lap.  From above her silver light cascaded into her lifted palm, washing through her body in a glistening wave to spout from her other palm, which was pressed against the pup’s bloody chest.  Eyes still tightly shut Mari worked on the scene, creating a picture of Rigel’s body that was washed clean of blood by the liquid light, leaving behind wounds that were neatly closed and already healing.
Suddenly the cold tide within Mari was controllable.  Instead of drowning her, it used her as a conduit, passing through her harmlessly as she let go of the energy.  I’m doing it!  I’m doing it!  And just that quickly her concentration shattered.  The picture she’d been creating disappeared along with the tide of power within her.
“No!  No!  Get it back!  I was doing it – it was working,” Mari gasped, gripping her mother’s hand like a lifeline.
“It’s too late.  The sun is fully risen.  Even with your help I cannot call the moon back to me,” Leda knelt beside Mari, gently disentangling her daughter’s hand from hers.  “But it was enough.  You did it, sweet girl.  I knew you could.  Praise the Earth Mother and the blessed Moon!  You have saved him.”
Feeling dizzy and disconnected, Mari looked down at Rigel.  The pup wagged his tail animatedly and sat up, licking her face.  Even though she felt light-headed, she laughed weakly and put her arms around him.  He nested there, curled against her body and, sending her waves of contentment, Rigel fell sound to sleep in her arms. With a trembling hand, Mari brushed aside the blood-matted fur on his chest.  What had only moments before been deep, seeping, whip-like lacerations were now pink lines of newly joined flesh that had ceased bleeding.
“I knew it was true.  You do have my powers and more.”

"While many fantasy series style themselves as epic, this one may actually be worthy of the description. Fantasy lovers who are fans of Cinda Williams Chima's "Seven Realms" novels will fall in love with Mari and Nik." – School Library Journal

“Cast’s spectacular new series kicks off with a unique tale suitable for fans of fantasy both young and old. Earth has completely changed, and the author grants readers a chance to use their imagination as the engaging storyline rapidly unfolds.” – Romantic Times, 4 stars!