GIVE ETHAN'S STORY A TITLE - HOLLOWAY PACK BY J.A. BELFIELD

In J.A. Belfield's "About The Author" section on goodreads the sentence "One day, she wrote down her thoughts. She’s yet to stop."  is featured. I can honestly say I hope she never stops! I have read everyone of the books below, including the one yet to be given a title, and I have adored every single one of them. I think it's great how J.A. Belfield communicates with her fans, and that she is giving us the readers the chance/honour of naming her latest installment of her brilliant Holloway Pack series.
Just in case you have yet to discover this author and her books I have done a small "About The Author" feature below as well as a Series Promotion on all books available in the series so far, with Goodreads Links and Purchase Links where possible. 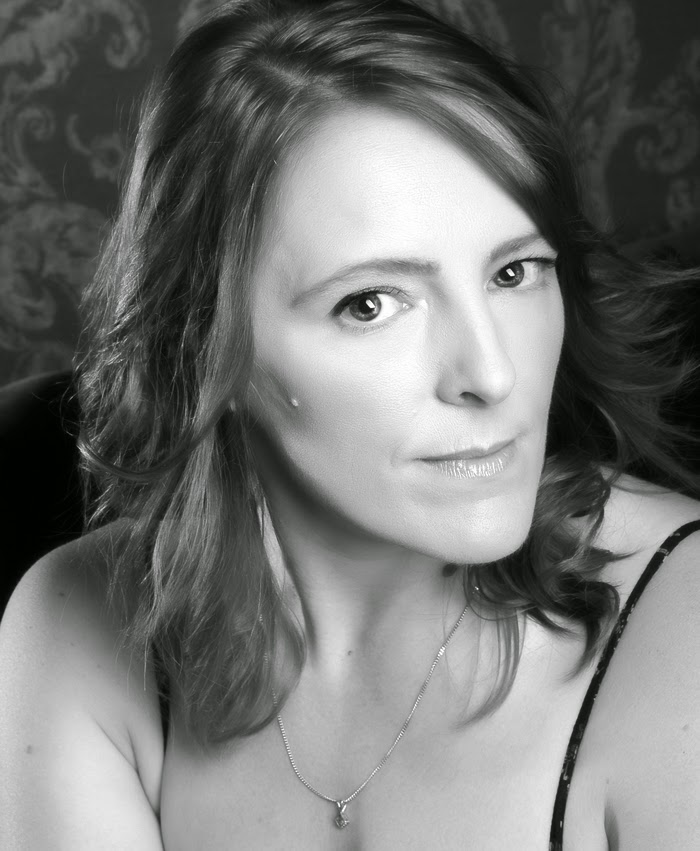 J. A. Belfield lives in Solihull, England, with her husband, two children, three cats and a dog. She writes paranormal romance, with a second love for urban fantasy.

One day, a character and scene popped into J. A. Belfield’s head, and she started controlling the little people inside her imagination, as though she were the puppet master and they her toys. Questions arose: What would happen if …? How would they react if …? Who would they meet if …? Before she knew it, a singular scene had become an entire movie. The characters she controlled began to hold conversations. Their actions reflected the personalities she bestowed upon them. Within no time, they had a life, a lover, a foe, family … they had Become.

Werewolf Sean Holloway treats the village marketplace like a sexual buffet, though his charm does little to win over his latest entre of choice. Whether because of Jem Stonehouse's unique scent, her headstrong nonchalance, or the fact he is forbidden to see her by his pack's rules, Sean wants her.When Jem is nothing but flippant toward his advances, he pursues her with vigour, stealing moments alone with her without a libido-driven agenda.The new and heady experience for him drives their relationship beyond romantic interest, and straight toward love.That is, until Jem learns the truth about Sean's heritage. Knowledge of the existence of werewolves leads to only one outcome: death.In this prequel to Darkness & Light, we are taken back in time, to the very beginning of Jem and Sean's love-across-the-centuries relationship.Did it end there? Or did Sean defy his own pack to save the woman he loves?

An unmarried woman living in a house of men breeds hearsay and lore. If only the villagers knew the truth. It's not Jem Stonehouse's marital status that brings unwanted strangers to town. Rather, it's that she is the only female werewolf in existence - a prize to any pack. Sean Holloway, the love of Jem's life, has gone to great lengths to protect her. As a new attack becomes imminent, Sean realizes he must take greater measures with Jem's safety or risk losing her forever. His first task must be to marry her, but a force greater than the largest werewolf stands in his way. Her mother.

Jem Stonehouse, a housewife with a neurotic husband bent on keeping her in line, dreams about werewolves in, what she believes, is a bid to escape boredom.
Sean Holloway is a werewolf, living a charade within the human race, whose mind drifts to a bond he shares with a woman he hasn't met--at least, not in this lifetime.
Apart, the two are safe but live unfulfilled lives.
Together, they'll become prey to rival packs just as they have been for hundreds of years.
When their worlds collide, and not for the first time, instinct takes over. Dreams become reality. Futures are uncertain. To keep history from repeating itself, Sean must teach Jem about his heritage, convince her of her role, and win her love.
Can Jem accept her destiny before it's too late, or is her inner wolf buried too deep to save her future with Sean?

One glimpse. That scent. There. Right there. Could it be … her?
The female within Sean Holloway’s dreams is real, and he intends to see her face even if it means hiding behind a women’s lingerie rack to do it.
With curiosity burning too hot for him to ignore, Sean turns an ordinary family errand into the chance of a lifetime only to be interrupted time and again.
In this companion piece to Darkness & Light, see Jem the way Sean saw her for the very first time.
Just how close is Sean willing to get before he’ll take fate into his own hands?
Enough to make the impossible come true … maybe.

In Marked, Darkness & Light’s Sean Holloway is on a mission—to find the perfect gift for the woman of his dreams. When all conventional choices turn out to be the wrong ones, each failed attempt convinces Sean his self-imposed task is impossible. But in the world of the Holloway Pack, anything is possible if it can be kept a secret.

Someone is watching the Holloway Pack, and this time, the female isn’t the target.
Life with a group of seven male werewolves worries Jem Stonehouse not one bit. She is engaged to the Alpha’s son Sean Holloway after all. So what has Jem’s territorial instincts on high alert?
The pack’s latest addition. Both of them.
None of the men think there’s a problem with the new girlfriends. Jem’s intuition tells her otherwise—that and a nagging suspicion the new females aren’t there to partake.
Jem believes they’ve joined in to take.
The question is … What?
As the eve of the blue moon draws ever closer, Jem’s running out of time to find the answer and outwit a thief of the worst possible kind.
A woman who believes she can’t lose.

Guilt is a heavy burden for the one carrying it.
Jem Stonehouse is no exception to this rule.
What if she’d acted sooner? What if she’d fully recognised the threat? What if she hadn’t allowed the male pack members to head into the witches’ ambush?
For one, youngest pack member Josh Larsen wouldn’t be trapped in the sleep of the dead.
Now, Jem is convinced it’s her job to bring him back to life no matter what it takes—learning more about her heritage, risking pack exposure, or travelling to places she couldn’t have imagined possible.
Even if the journey endangers her soul.

The trouble with one-night stands: you never know who—or what—you’re sleeping with.
Being a parent isn’t an easy ride. Even more so for single mum Shelley Lewis.
When her thirteen year old son’s hormones kick in, she’s faced with his immense growth, insane sweat, and ridiculous hairiness, not to mention all the normal teenage issues.
Discovering her only son isn’t human on top of those is the shock of a lifetime, and Shelley knows she’s the only one to blame.
It may be too late to save her son from her mistakes, but she can still try to save Gabe from himself.

If the meek can become deadly, the strongest can be weak.
For Ethan Holloway, his mission to find a missing werewolf should be simple. Crack a few heads, bust a few chops and the solution always reveals itself. Always.
Not this time.
Ethan’s reputation precedes him, and because it does, someone is ready. Waiting. Unbeknownst to Ethan, he’s about to go down. Hard. Against a foe he never suspected and in a world he never imagined could be real.
What awaits Ethan is a fight not only for his reputation, but also his pack, his female, and his life. If he survives, damage control will become priority number one.
If he survives.
Because even Ethan’s not sure he’s strong enough to take on an entire race all by himself.
Especially one hell bent on exposing who and what he is in the name of sport.

Unnatural. One word to sum up werewolf Kyle Larsen—his mood swings, abnormal body, and choice of female.
The first two, he blames on the vampire venom.
The third, though? No, feline shifter Brook Nicholls was all his doing—a female of whom the pack will never approve.
As part of the Coalition, an organisation with even stricter rules than the pack and a rigidly warped sense of responsibility, Brook comes with a whole lot of opposition of her own.
No wonder the two of them keep their relationship secret for as long as they can.
Now, distanced from his family by his own indiscretions, Kyle’s left to fight battles he’s unsure how to win—some of them even against his own pack.
Is one woman really so important that he’s willing to defy his Alpha for her?
If his heart has any say in the matter, the answer will be yes.

The Author of The Holloway Pack Books has decided to have a poll and let
YOU the readers choose the title of the next short Holloway Pack installment.
To help you decide which title to vote for check out the tease below.
Then follow the link to the Authors post to vote on the poll ! 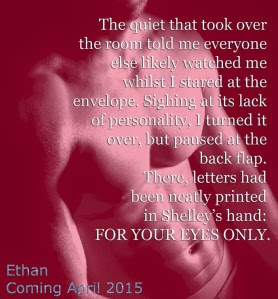 So what with the result be?