BOOK TOUR - THE GIRL FROM THE CHANNEL ISLANDS BY JENNY LECOAT

A sweeping tale of bravery and love under impossible circumstances, Hedy's remarkable story reminds us that it's often up to ordinary people to be quiet heroes in the face of injustice. 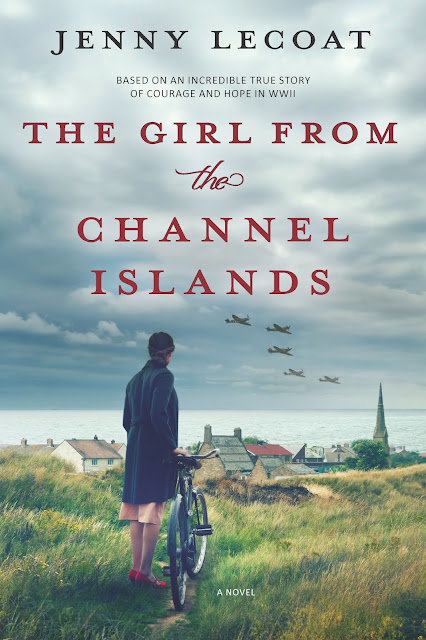 Title: The Girl From The Channel Islands
Author: Jenny Lecoat
Publisher: Graydon House Books
Genre: Historical Fiction
Release Date: 2nd February 2021
BLURB supplied by Harlequin Trade
The year is 1940, and the world is torn apart by war. In June of that year, Hitler's army captures the Channel Islands--the only part of Great Britain to be occupied by German forces. Abandoned by Mr. Churchill, forgotten by the Allies, and cut off from all help, the Islands' situation is increasingly desperate.

Hedy Bercu is a young Jewish girl who fled Vienna for the island of Jersey two years earlier during the Anschluss, only to find herself trapped by the Nazis once more--this time with no escape. Her only hope is to make herself invaluable to the Germans by working as a translator, hiding in plain sight wIth the help of her friends and community--and a sympathetic German officer. But as the war intensifies, rations dwindle, neighbors turn on neighbors, and Hedy's life is in greater danger every day. It will take a definitive, daring act to save her from certain deportation to the concentration camps. 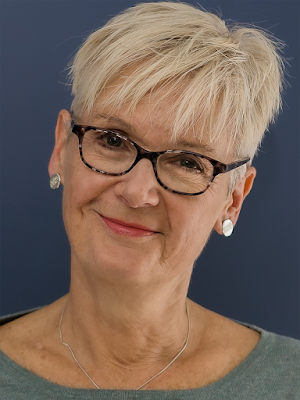 Jenny Lecoat was born in Jersey, Channel Islands, where her parents were raised under German Occupation and were involved in resistance activity. Lecoat moved to England at 18, where, after earning a drama degree, she spent a decade on the alternative comedy circuit as a feminist stand-up. She also wrote for newspapers and women's magazines (Cosmopolitan, Observer), worked as a TV and radio presenter, before focusing on screenwriting from sitcom to sketch shows. A love of history and factual stories and a return to her island roots brought about her feature film Another Mother's Son (2017). She is married to television writer Gary Lawson and now lives in East Sussex. The Girl from the Channel Islands is her first novel.
AUTHOR LINKS

THE SUN’S HEAT HAD BEGUN TO MELLOW, AND the gulls were cruising for their final catch of the day when the siren sounded. Its wail climbed and fell, calling out over the jumbled slate roofs and church spires of the town, and across the patchwork of potato fields beyond. In St. Aubin’s bay, where the waves lapped and fizzed on the sand, its warning finally reached Hedy’s ears as she lay dozing by the sea wall, and woke her with a jolt.

Rising in slow motion, she scanned the sky. Now she could also hear a faint, tinny whine in the east. She tried to steady her breathing. Perhaps it was another false alarm? These warnings had become a daily event these past two weeks, each time the reconnaissance planes merely circling, then disappearing back out to sea with cameras crammed full of blurry images of main roads and harbor walls. But this time something was different. The engine sound contained a note of brutish intent, and now several tiny black dots were emerging in the distant blue. The whine became a hum, and the hum a stri­dent drone. Then she knew. This was no reconnaissance mis­sion. This was the start.

For days now, the islanders had watched the black smoke rise and mushroom on the French coast, felt the vibration of the distant blasts pulse through their bellies and rattle their bones. Women had spent hours counting and recounting the tinned foods in their larders, while the men squashed into banks to withdraw the family savings. Children had yelled their complaints as gas masks were forced over their heads. By then, all hope had vanished. There was no one here to deter the aggressors, nothing between them and their shimmer­ing prize but flat blue water and an empty sky. And now the planes were on their way. Hedy could see them clearly now, still some distance away, but from the outline she guessed they were Stukas. Dive-bombers.

She spun around, looking for shelter. The nearest beachside café was almost a mile away. Stopping only to grab her wicker bag, she sprinted for the stone steps leading to the walkway above,and took them in three bounds. At the top she scoured the promenade; a hundred meters toward First Tower was a small seafront shelter. It contained nothing but a single wooden bench on each of its four exposed sides, but it would have to do. Hedy hurtled toward it, grazing her shin as she mistimed the leap onto the low plinth, and threw herself

against the bench. A moment later she was joined by a panic-stricken young mother, probably not much older than herself, gripping a small white-faced boy by the wrist. By now the planes were over St. Helier harbor, one arcing across the bay toward them, the noise of the engine so thunderous that it drowned out the boy’s screams as the woman pushed him to the ground. The violent rat-a-tat of machine-gun fire stung Hedy’s ears as several bullets found the sea wall and zinged off in random directions. A second later, a distant explosion shook the shelter so hard Hedy thought the roof might collapse. “Was that a bomb?” The woman’s face was ashen beneath her tan.

The woman gave her a brief, confused look. It was the ac- cent, Hedy knew—even in a moment like this it still set her apart, marked her out as an alien. But the woman’s attention quickly turned back to her child.

“Oh my God,” she muttered, “what have we done? My husband said we should have evacuated when we had the chance.” Her eyes fixed on the sky. “Do you think we should have gone?”

Hedy said nothing, but followed her companion’s gaze upward. She thought about her employers, the Mitchells, staggering onto that filthy, inadequate cargo boat with their screaming child, and nothing but a change of underwear and a few provisions stuffed into a brown packing case. At this moment, with the aroma of burning aviation fuel in her nostrils, she would have given anything to be with them. Her knuckles turned yellow on the slatted bench. Corkscrews of charcoal smoke drifted across the bay, and she could hear the little boy beside her sobbing. Hedy swallowed hard and focused on the questions bouncing around her brain like a pin- ball. How long now before the Germans landed? Would they round people up, stand them in front of walls to be shot? If they came for her, then…? There was no point finishing that thought. Anton, the only person on this island she could call a friend, would be powerless to help her. The shelter vibrated again, and she felt its fragility.

Hedy remained crouched silently, listening to the planes loop and dive and the crack of explosions a mile away, until at last the sound of the engines began to fade into the distance. An aging gentleman with disheveled white hair stumbled toward them, and stopped to peer into the shelter.

“The planes have gone,” he called. “Try to get home as quickly as you can. It can’t be long before they get here.” Hedy’s eyes fixed on his jacket, which was covered in dust and uneven patches of blood. “Don’t worry, it’s not mine,” the man assured her. “Old fellow walking near the harbor took a bullet in the leg—we had to get him to the hospital.” “Are there many hurt? Or…?” Hedy glanced toward the

little boy, not wanting to finish the question.

“Some, yes.” The man’s voice faltered a little, and Hedy felt a surge of anguish. She pressed her fist to her lips and swallowed again before he continued: “They bombed a line of potato trucks waiting to unload at the harbor. I mean, for God’s sake, what’s the point of that?” He shook his head and gestured toward his destination. “Hurry now.”

The man hastened away. Hedy hauled her shaking body to its feet, wished the woman good luck and set off along the promenade toward the town, wondering how on earth she would get back to the Mitchells’—assuming the house was still there. She tried to hurry, but her skinny legs felt weak. She imagined Hemingway cowering beneath the sofa in the empty living room, his gray feline fur stiff with terror. Already she was half regretting disobeying Mr. Mitchell’s instruction to have him put down. The animal’s trusting eyes had melted her heart at the door of the vet’s surgery. Now she wasn’t even sure if she’d be able to feed herself, never mind a cat.

By the time she reached the outskirts of St. Helier town she could hear the bells of the ambulances and the random shouts of desperate men trying to work as a team. Smoke rose in missing, some wandering aimlessly, and one old couple on a bench, sobbing. Hedy walked on, forcing herself to put one foot in front of the other, deliberately edging her mind to- ward reality. The seas around the island were probably already full of U-boats. Soon she would once again be surrounded by those gray-green uniforms and hear the barking of orders. She pictured the bang on the door, Wehrmacht hands grabbing at her elbow, the house abandoned with dirty dishes still on the table. Anything was possible now. She recalled only too well the way the Germans had behaved in Vienna.

She pressed on, pushing her body weight forward, willing herself home. She needed to reach Hemingway and give him a hug.