A shockingly powerful exploration of the lasting impact of prejudice and the indomitable spirit of sisterhood that will have readers questioning what it truly means to be an ally, from sister-writer duo Maika Moulite and Maritza Moulite, authors of Dear Haiti, Love Alaine. 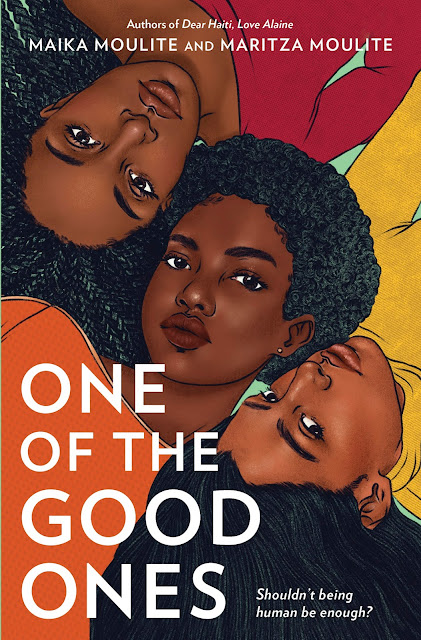 When teen social activist and history buff Kezi Smith is killed under mysterious circumstances after attending a social justice rally, her devastated sister Happi and their family are left reeling in the aftermath. As Kezi becomes another immortalized victim in the fight against police brutality, Happi begins to question the idealized way her sister is remembered. Perfect. Angelic.

One of the good ones.

Even as the phrase rings wrong in her mind—why are only certain people deemed worthy to be missed?—Happi and her sister Genny embark on a journey to honor Kezi in their own way, using an heirloom copy of The Negro Motorist Green Book as their guide. But there’s a twist to Kezi’s story that no one could’ve ever expected—one that will change everything all over again.

I must have died and gone to hell.

Because why else would I have heard that outrageous bleat- ing from my alarm at 5:30 (in the morning!) and chosen to wake up? It was mid-April of twelfth grade. I should have been suffering from a severe case of senioritis that could be cured only by sleeping in. But there I was, doing my Mon- day morning countdown to study.

I yanked the covers shielding my head down to my waist and leapt out of bed before the just-right firmness of my mattress and perfectly f luffed pillows could lure me back into their warm nest.

Couldn’t even blame her. I dragged my feet over to the wall I shared with my baby sister, Happi, and knocked twice. Two syllables. Sor-ry. (For counting so loudly that I woke you up while I was trying to wake myself up.)

I slipped on cozy padded knee socks and plodded to my desk, where my notes were spread neatly across my laptop, right where I’d left them the night before. Mr. Bamhauer, my AP US History teacher and the miserable Miss Trunchbull to my precocious Matilda, was a stickler for the “old way” of doing things and insisted our notes be handwritten on wide- ruled paper so that the letters were big enough for him to see without his glasses while grading.

I skimmed over the major moments of the Civil Rights Movement that I knew the Advanced Placement test makers were likely to ask about when I sat for the exam in less than a month: Brown v. Board of Education of Topeka. Emmett Till. The March on Washington. The Civil Rights Act of 1964. The Voting Rights Act of 1965. Each bullet point was like a twist unscrew- ing the faucet of my brain, f looding my skull with facts. To me, Brown v. Board of Education wasn’t just some case. It was the rebuttal to Plessy v. Ferguson, the racist court decision that dictated the “separate but equal” ideology. It was one of many nails in the giant coffin of Jim Crow laws and had ushered in the legacy of the Little Rock Nine. But before the Nine, we’d had students like Linda Brown, the Topeka One. Mr. Bamhauer lectured about the past, of course…but he made it stale and removed. To him, the people involved in all this world-changing were just names and dates in a book. Noth- ing more. They hadn’t had souls. Or dreams.

Brown v. Board of Education propelled my thoughts directly to that little girl. I envisioned how Linda Brown must have felt when she’d learned at nine years old that she couldn’t go to the school down the road, the one her white friends in the neighborhood attended, just because of her skin color. I felt her heart hammering when she saw how shaken up her daddy was on the walk home after his talk with the school principal. I imagined the hushed conversations Oliver and Leola Brown had over the kitchen table when they decided to move for- ward with the case, knowing what it would mean. I thought of all the parents hunched over in exasperation, fear, and de- termination, the folks in Delaware, Washington DC, South Carolina, and Virginia, who decided they could no longer accept segregation either.

I drank in American history, in all its problematic glory, like water. It was mine after all. My dad’s grandmother Eve- lyn had embarked on the Great Migration to California after her husband was killed overseas in World War II. He died for a country that didn’t think he deserved to call it home. My mom’s grandfather Joseph had been killed right here in America’s Jim Crow South. And their tales were just the fam- ily history that had been passed down.

I wasn’t much of a morning person, but once I rubbed the crust out of my eyes, I couldn’t close them again. Not with all these stories of individuals insisting they be remembered calling out to me at once. I had to listen to them.

After almost an hour of studying, my alarm rang again to drag me out of my bubble. I walked back over to my and Happi’s shared wall and knocked out another syllabic mes- sage: Hap-pi! Wake! Up! Her groan was loud and miserable. I chuckled. The only human being on earth less of a morning person than me? Her.

As I waited to shower, I checked the email account I used for my YouTube page, marking off the usual spam, replying to short messages, and noting the invitations and requests I had to think on more and get back to.

But then. I paused.

Oh Kezi. I was reading this ridiculous article about parasocial relationships. It was describing those pathetic people who feel like they know media personalities but don’t. You know, those freaks who get excited when they catch a glimpse of a celeb- rity’s baby or read every interview to see what brand of sham- poo they use. Like that would make them closer. I thought it was fine. But I stayed up all night. All night. All night wondering if you would see me that way too. Like some random weirdo on the internet.

But I told myself over and over, she’s much too good, way too smart, to not realize that some of her subscribers are more special than others. And I’m more than a subscriber. I’m a sup- porter. A lifeline. We get each other. No one understands the struggle and what you’re fighting for like I do. But all night I thought of this. Going insane. Running in circles in my mind until I tripped on something that made me stop. It was some- thing you said, actually.

I tried to swallow but couldn’t get past the sand in my throat. Nausea washed over me in waves, and I clutched my stomach to steady myself.

You said: We’re in this together. You remember that don’t you? It was that youth panel you spoke on two weeks ago at city hall and you made this beautiful, beautiful comment on how to have hope in the face of hopelessness. You promised that “even in the darkest moments, when you feel completely alone, like you’re the only one who cares, just remember that I care. Our community cares. And the people who came be- fore us and behind us and the ones who come up beside us care too. So long as we keep caring and trying, there is hope.” I cried when your words came to me. And I’m going to sleep well tonight knowing that I’m not alone. I’m not hopeless. I have you.

There was a video attached to the email, sent from an ad- dress named mr.no.struggle.no.progress. My eyes widened and my pulse pounded against my ears when I registered whose face was in the thumbnail. Mine. I clicked on the preview button with a shaky hand and watched myself at the event the email sender mentioned. There I was, speaking animatedly and pro- nouncing the very words this stranger had taken the time to transcribe. The camera panned slowly across the room as my voice continued in the background.

I remembered that day. I almost hadn’t made it in time, be- cause Happi’s audition for our school’s Shakespeare play had gone longer than planned. Instead of taking my sister home after her tryout, I had dragged her with me straight to the panel. There she was in the video, seated between Derek and Ximena, who’d also come to show their support. The cus- tomary sounds of an audience wove in and out of the audio, a fussy baby babbling merrily, a chorus of a dozen sheets of paper rustling, a sniff ly man’s sneezes punctuating every few sentences.

The camera continued its survey of the room, and I noticed a group of people standing along the back wall. The space had been remarkably packed for a city hall meeting, and I recalled that quite a few members of the audience had come because they were subscribers to my YouTube channel, generationke Zi. When the meeting was adjourned, more than half in atten- dance had made a beeline to where I was seated, to chat. I’d greeted a lot of people, but others had stood on the sidelines and watched from afar, never approaching.

Who was the person who had sent this message? A fan I hadn’t gotten to speak with? The cameraperson? A local citi- zen who was feeling particularly inspired?

The slow creak of the bedroom door opening diverted my attention. I spun in my chair, not even sure when I’d grabbed the silver plaque I’d received from YouTube for reaching one hundred thousand subscribers, noting the instinct I had to hold it in the air menacingly.

“Bathroom’s all yours,” Happi said, pausing midyawn to look at me strangely.

“Thanks, I’ll be right in,” I replied to the back of her head as she stumbled to her room.

Instead, I gripped the plaque in my lap and sat there, frozen. Him again. 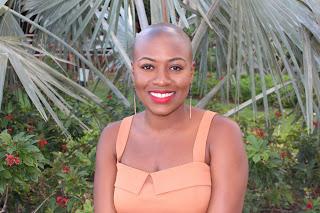 MAIKA MOULITE is a Miami native and the daughter of Haitian immigrants. She earned a bachelor’s in marketing from Florida State University and an MBA from the University of Miami. When she’s not using her digital prowess to help nonprofits and major organizations tell their stories online, she’s sharpening her skills as a PhD student at Howard University's Communication, Culture and Media Studies program. Her research focuses on representation in media and its impact on marginalized groups. She’s the eldest of four sisters and loves young adult novels, fierce female leads, and laughing. 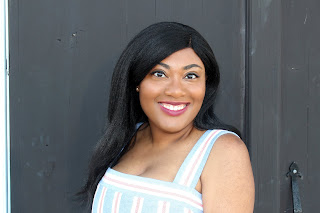 MARITZA MOULITE graduated from the University of Florida with a bachelor’s in women’s studies and the University of Southern California with a master’s in journalism. She’s worked in various capacities for NBC News, CNN, and USA TODAY. Maritza is a PhD student at the University of Pennsylvania exploring ways to improve literacy in under-resourced communities after being inspired to study education from her time as a literacy tutor and pre-k teacher assistant. Her favorite song is “September” by Earth, Wind & Fire.