Previously published with a different publisher 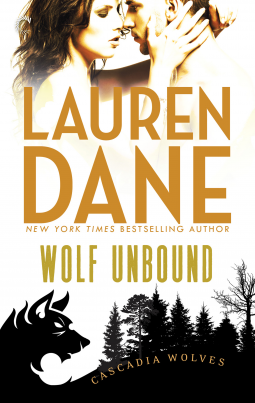 BLURB from Netgalley
The Cascadia Wolves will do anything to protect their own. Tegan Warden knows that better than anyone. The Pack closed ranks around her years ago when her mate died, and much as she appreciates their support, it's time to move on. That means dating—and for Tegan, it also means finding someone who understands her needs in the bedroom.

The dominant human may not be a wolf, but he makes Tegan shiver from their first encounter. He knows what she needs and doesn't hesitate to give it to her. What's more, they share a bond beyond sex. It's been years since any man has made her feel so alive, so beautiful and desired.

But there's an enemy working against the Cascadia Wolves, an enemy gathering forces to strike. The looming war is a threat to wolves and humans alike, and if they can't stop it, the love that Tegan and Ben have worked so hard to find may not be enough to protect them from what's coming.

REVIEW
Having loved the books and novella's previously to this one, and loving the Warden family and their pack I am definitely looking forward to reading this book. I am hoping that Wolf Unbound returns to the more plot driven styles of Reluctant Mate and Pack Enforcer or maybe about the same level of steam as Wolves' Triad but no more thanks! I am totally loving the pack side just the steaminess was beginning to take over in Wolves'Triad.too much for my personal reading taste.

I was not sure if I could read past the rather racier parts of this book to get to the Cascadia pack characters that I love, and back to the Warren Pellini situation. I did originally have to DNF this book even though I adore the characters, especially the characters that are in the Cascadia Wolf Pack. I think the dynamic of the Warden family is brilliant and love discovering more about each character as the books continue the series.

I like the cover once again it adds to the cohesiveness with the wolf and forest scene at the bottom of the book. The couple at the upper part of the book, do a good job of representing the characters of Ben and Tegan. It would certainly encourage me to pick the book up from a bookstore shelf to learn more about it.

With this book it feels like there are two books kinda smushed together....there's the werwolf/shifter romance side that in this book rapidly became more explicit to the point I didn't want to read those parts. Having said that there was the other side of the book on how the packs are trying to unify and work together to find out if Warren Pellini has the Lycanthropy virus and finally oust him from the rather comfortable niche he has created for himself within the National Pack. As much as I didn't particularly want to read the steamier side of the book I really was intrigued and wanted to read paranormal & Warren Pellini situation.

I left the book for a day or so, then started thinking I may try to pick this one back up at at a later time, as I do love the plot and pack side of the books. I feel I was missing out, not reading the rest of the book to discover what happened with the Warden family, Cascadia Wolf pack and the increasingly dangerous and unpredictable situation with Warren Pellini. To be totally truthful it was just the Dominant/Submissive parts that puts me off, the whole thing of one a male being domineering towards a woman.  I think that as women that was on the receiving end of domestic violence could have been the reason why that part of the book/plot didn't sit so well. Having explained all that I still decided I had to finish reading as in my opinion the plot being so good outweighed the "too much detailed information" scenes!

My favourite characters remain to be Nina, Lex and Cade, the bond they share, how they speak to each other and the genuine love between them. I think its so funny the way Nina calls Lex "Scooby"! Who would have thought that the tough enforcer is as soft as jello on the inside beneath the toughness he has to exhibit to everyone else.

So I did get through the explicit racier parts of the book. Once I was more immersed in the plot I loved reading the book and didn't want to put it down. In my opinion this book would be just as good and for me much better without the really heavily descriptive explicit sexual scenes in it. As for reading more of the series, I think I am officially addicted to the Cascadia Wolves Series!