REVIEW - THE SCENT OF RAIN BY ANNE MONTGOMERY 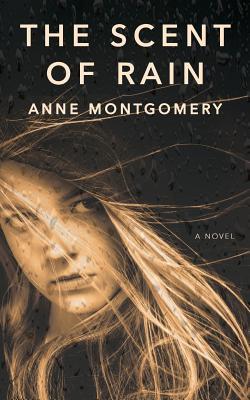 BLURB from Goodreads
Rose Madsen will do anything to keep from being married off to one of the men in her Fundamentalist Mormon (FLDS) community, even endure the continued beatings and abuse of her mother. But when her mentally handicapped baby sister is forced to strangle the bird she loves at the behest of the Prophet, Rose frees the bird and runs away. Adan Reyes will do anything to escape the abusive foster care system in Phoenix, even leaving his good friends and successful high school athletic career behind him. Ill-prepared for surviving the desert, Adan hits the road only to suffer heat stroke. Found by a local handyman, he catches a glimpse of a mysterious girl--Rose--running through town, and follows her into the mountains where they are both tracked and discovered by the men of the FLDS community.With their fates now intertwined, can Rose and Adan escape the systems locking them into lives of abuse? Will Rose be forced to marry the Prophet, a man her father's age, and be one of dozens of wives, perpetually pregnant, with no hope for an education? Will Adan be returned to the foster home where bullying and cruelty are common? Is everyone they meet determined to keep them right where they belong or are some adults worthy of their trust?

REVIEW
I am quite fascinated with learning about different cultures and ways of life, and find the TV programs about the FLDS, Mormons, Amish, Polygamists etc fascinating. Some people call these organisations, and refer to these as cults, where others would call them religions or "ways of life". I find the people that take part in these programs intriguing. So when I read the blurb of this book, it did immediately grab my attention. I was also interested that the author Anne Montgomery had spoken to Flora Jessop, who escaped this way of life twice and who now helps others that want to leave these communities.


The cover shows a young female  kind of hiding behind her long blonde hair. This female I would say is a good representation of Rose - one the main characters in the book. The title doesn't really give a great deal of information about the book or its contents but as you finish you reading you understand why it is the title. I'd say that "The Scent of Rain" represents the fact that the rain washes things away, both physically and metaphorically within the book. The title is a way of saying that the bad things can be washed away for Rose, Adan and even to an extent Brooke and that they can start anew.