BLOG TOUR INCLUDING GIVEAWAY! - MY JUNIOR YEAR OF LOATHING BY JENNIFER DIGIOVANNI 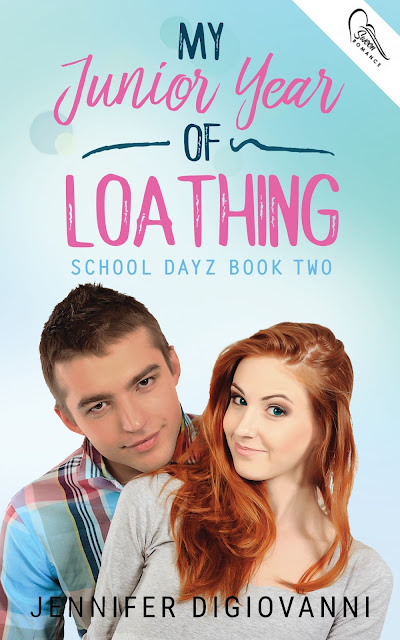 BLURB from Goodreads
Junior year is supposed to be tough. Exams, term papers, homework, college tours, and participation in extra-curricular activities can all add up to non-stop stress. But Melinda Banner has goals to achieve and dreams to make real. This year, she’ll be unstoppable. But even over achievers need a break.While walking in the woods to take a break from the stress of it all, Melinda meets a boy named Connor. After a few more run-ins, the two settle into an uneasy friendship, if you can even call it that. But Connor's closed and mysterious. Whenever Melinda asks too many questions, he suddenly has to go or is no longer interested in talking. When they’re together, she’s torn between wanting him to open up and running away as fast as she can. Still she can't seem to shake her budding interest in him.Connor has his own way of looking at the world, and his views often conflict with Melinda’s practical nature. Can you like someone and loathe them at the same time? Is he even worth the emotional tug on her heartstrings or distraction from all things Junior year?And, as if she needs another project right now, Melinda starts to obsess over the abandoned estate she passes on the way to school each day. Between Connor and the old estate, Melinda's beginning to think she's taking on too much.But Melinda's smart. She finds a way to indulge her interest in the estate and fulfill her obligations. She will uncover the truth behind the aging edifice for an epic article in the school newspaper. But when her investigation reveals a connection between Connor and a tragedy long-since forgotten, Melinda has a choice: put off her junior year achievements to save a local landmark and a boy who constantly pushes her away or put them both out of her mind for good and focus on making the grade.

EXCERPT
Late-summer humidity beads on my skin as last remnants of daylight dissipate, giving way to a bright silver moon. I drink in the scent of wildflowers along with the hum of voices mixing with a choir of cicadas in the woods behind me. When I turn to continue on, I sense a swift movement in the overgrown brush to my left. A branch snaps.
“Who’s there?” My heart ricochets around my chest. I tense my legs, prepped to run at the first sign of danger while my eyes dart along the bottom of the thicket, hoping to find a small animal. Very small. Preferably not a skunk, though.
Another snap, followed by footsteps.
“Just me,” says a male voice. Someone about my size steps out from behind a wide oak tree, hands raised. I give him the once-over, covertly searching for weapons. Dark hair, faded jeans, ratty gray T-shirt, and lace-up combat-style boots. He takes a step forward. We exchange suspicious glances.
“Thinking about calling the cops?” he asks in a low voice.
“Why? Are you a criminal?”
With a shrug, he turns his attention toward the backyard party. “Huh. Another big bash at the Martins. They hire a ten-piece band just for cocktails.”
I scoff. “Why not hook up an iPod and some speakers?”
A smile appears on his moonlit face. “Wireless speakers don’t have enough juice for a yard that size. Plus, nothing’s better than live music when you’re schmoozing with the rich and famous. Do you come here often?” He grimaces. “Man, that sounded cheesy.”
Admittedly, this is an odd time and place for pickup lines. “Actually, I’m a first-time offender. I’m the new kid on this enormous block, which is more like a small city. My mother married Brian Welsh.”
His expression blanks. “Oh.”
“I live about four houses down.” I point in the general direction. Then I second-guess myself. Should I have given this random guy in the woods so much information? He looks about my age, but all sorts of scary. And from the smell of him, he could use a long, hot shower.
He sticks out his hand. “Welcome to the neighborhood. I’m Connor.”
“Mel.” I keep my hands at my sides.
His arm remains extended. “Nice to meet you.” Our eyes meet and hold. Against my better judgement, I offer my hand, allowing his warm fingers to wrap around mine. A crash of drums, followed by laughter, directs our attention back to the party. 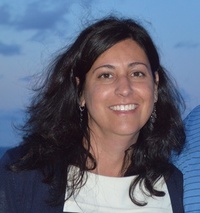 Jennifer DiGiovanni is the author of the School Dayz Series. When she’s not writing or reading, she likes to try new sports and activities from archery to ballroom dancing, with varying degrees of success. 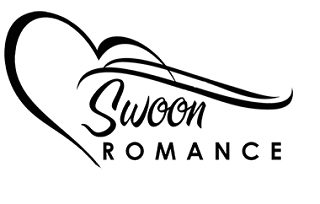