In 2015, Silvia Moreno-Garcia’s debut, SIGNAL TO NOISE, jump started her writing career as one of the best of the year on seven lists including RT, BookRiot, Buzzfeed, io9, Vice, and Tor.com. The debut was also was finalist for the 2016
Aurora Awards, Sunburst Award, and the 2016 Locus Awards. Already highly anticipated, her sophomore book, CERTAIN DARK THINGS (Thomas Dunne Books; October 25, 2016), adds to this emerging talent’s buzz. Set in the dark underworld of Mexico City, Moreno-Garcia spins a fast paced story based on Latin American myth about a dark vampire drug war. 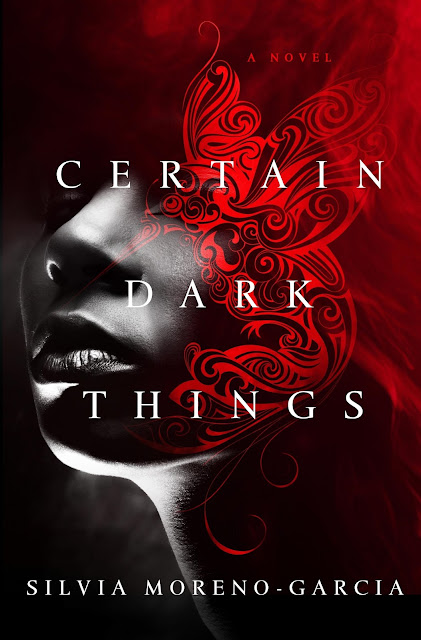 BLURB supplied by St Martin's Press
Welcome to Mexico City… An Oasis In A Sea Of Vampires…Domingo, a lonely garbage-collecting street kid, is busy eking out a living when a jaded vampire on the run swoops into his life.Atl, the descendant of Aztec blood drinkers, must feast on the young to survive and Domingo looks especially tasty. Smart, beautiful, and dangerous, Atl needs to escape to South America, far from the rival narco-vampire clan pursuing her. Domingo is smitten.Her plan doesn’t include developing any real attachment to Domingo. Hell, the only living creature she loves is her trusty Doberman. Little by little, Atl finds herself warming up to the scrappy young man and his effervescent charm.And then there’s Ana, a cop who suddenly finds herself following a trail of corpses and winds up smack in the middle of vampire gang rivalries.Vampires, humans, cops, and gangsters collide in the dark streets of Mexico City. Do Atl and Domingo even stand a chance of making it out alive?

PURCHASE LINKS
Amazon US
Amazon UK
ABOUT THE AUTHOR 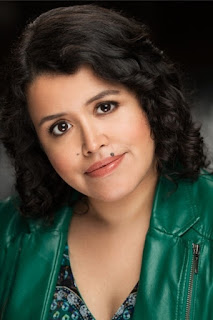 SILVIA MORENO-GARCIA is the author of the critically-acclaimed novel Signal to Noise and the short story collection This Strange Way of Dying, which was a finalist for the Sunburst Award in Canada. She was a finalist for the Manchester Fiction Prize, and a recipient of the Gloria Vanderbilt/Exile Award for Best Emerging Writer.