REVIEW - ALL IN - SIN CITY COLLECTORS BY AMANDA CARLSON 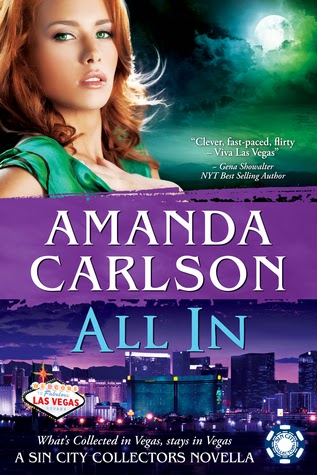 BLURB from Goodreads
Ginger Elliot is a succubus on the run. She’s in danger of being Collected, but her first priority is to find her brother. Even though she operates the biggest spy network in the supernatural world, it may not be enough to free her from the crimes she’s been accused of committing. It doesn’t help that she hasn’t fed in months, and keeping her deteriorating condition from the sexy shifter who’s accompanying her is getting trickier by the hour. Luke Jones is on a mission to save the succubus he’s fallen for—not only from her brother—but from herself. The two have been on the incubus’s trail for weeks and finally have him backed into a corner. Luke knows the succubus is in trouble, but he has no idea how to help her. In the end, letting go of his painful past is the only way he can save her.

INITIAL THOUGHTS
After reading Ante Up I am really looking forward to reading this one, as it picks up the story as Ante Up left it. We continue to follow Luke and Ginger in their pursuit of Damien.

MY REVIEW
I purchased this one from Amazon UK after reading Ante Up.
This cover has a female on the front, I'd say from the description within the book, it has to Ginger, with the bright red hair and green eyes.  The moon features on the cover too, as time has moved on and it is almost the next Moon cycle. The cover also has the line about the book from Gena Showalter. The bottom half of the cover is like the rest of the series of novella's depicting a Vegas Skyline and the ever present byline "What's collected in Vegas, stay's in Vegas, which I do like.
So would the cover make me pick this book up from a bookstore shelf? The bright colours of the cover do attract your eye and of course the Author is one I have read and consider myself to be a fan of, and the fact that I have already read some more of this novella series, so yes I would certainly pick the book up from a book store shelf. With added reason of having this novella, continue business that was left unfinished in Ante Up.
This book has Luke and Ginger following her brother Damien to see if Ginger can help him leave The Sumerian's behind. Luke and Ginger are becoming attracted to each other but desperately trying to deny their feelings each coming up with their own excuses. Ginger thinks she is becoming attracted to Luke as she hasn't fed for so long. Luke is wondering whether the feelings he is having are Ginger trying to feed from his emotions. As time goes on they have to acknowledge that there are romantic feelings between them that are nothing to do with being supernaturals and their abilities. Ginger carries a lot of guilt from her youth, she feels she should have been more concerned and given more attention to Damien. That if she had talked to him more he wouldn't have been susceptible to joining the Sumerians. That the coercing tactics the Sumerians would not have drawn Damien in. However she finds that is not the case and that perhaps her guilt is misplaced. Will she be able to continue living when she realises the shocking truth? Or will this be the final emotional pull that makes her whole self shutdown. Luke anxiously tries to help Ginger, but can he manage it alone. Luckily there is some back up on the way in the form of Raoul, Gingers right hand man in Dossier, Jake and his dhampir partner Neve, along with Diesel and Sofia all member of the SCC.  Will Ginger & Luke give their relationship a go, or is it too late? Can they arrive in time and save Ginger?
So did I enjoy the novella? I really did, yes. It felt like I was flying through the book, yet at the same time I couldn't read it fast enough to find out what was happening.                      Would I recommend the novella? Yes! I have now read all the Sin City Collectors Novella's written by Amanda Carlson so far.  Would I want to read more of this series of novella's? I do intend to give the SCC novella's written by Kristen Painter a go at some point too, In fact I  have downloaded SCC novella #2 Queen Of Hearts already as it is free on Amazon UK at the time of me writing this review. Would I want to read more titles by Amanda Carlson? As followers of my blog may know I have already read Amanda Carlson's Jessica McClain Series so far too and I am highly anticipation the next book in that series too. 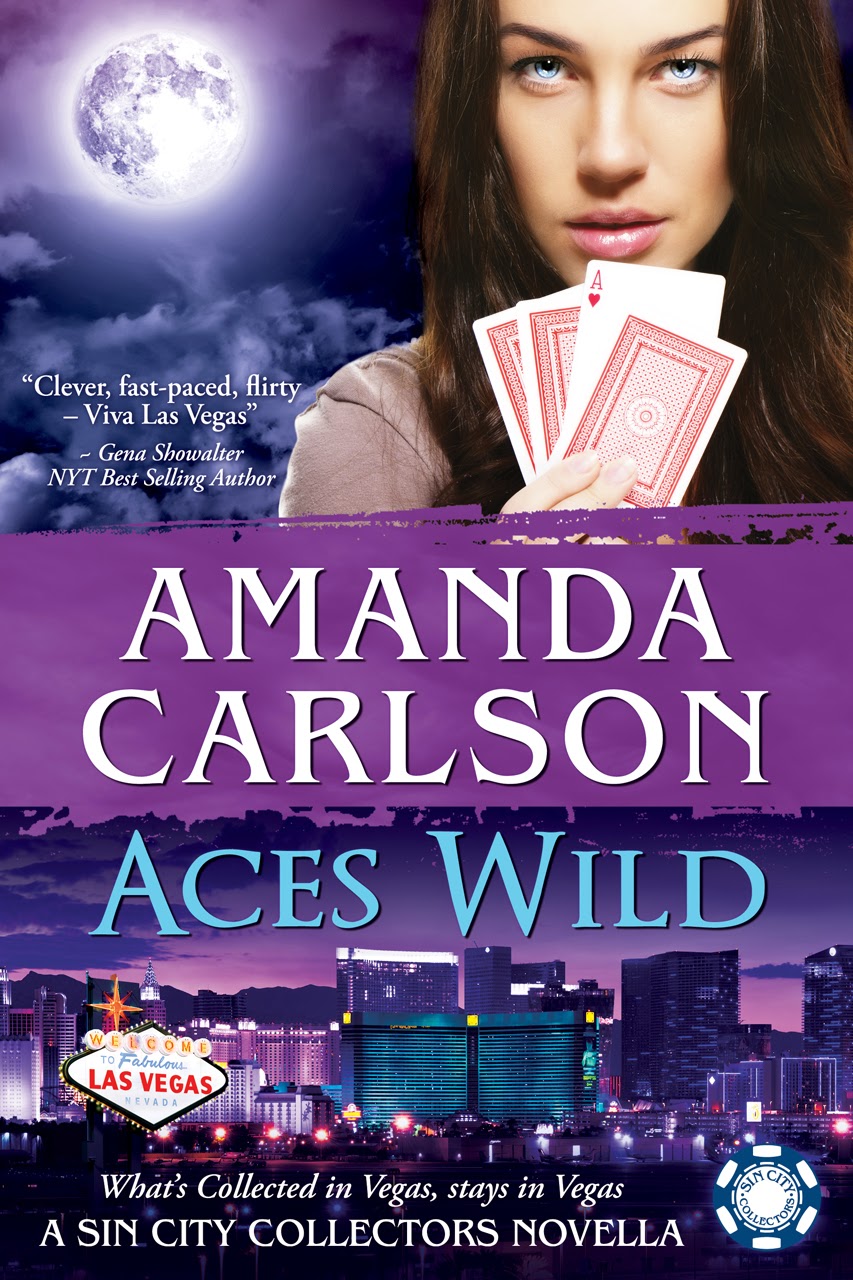 BLURB from Goodreads
Nevada Hamilton has learned a few things since becoming a Sin City Collector, and staying away from vampires is one of them. After botching her first Collection, the vamp getting away after causing as much damage as possible, she hasn’t been assigned to another one since.But when she receives her next playing card, she’s in for a surprise. Not only is a vampire her next target, but they’ve paired her up to make sure she gets the job done right. Refusing a Collection is not an option, but when she discovers who she’s working with, making the mission as difficult as possible for her new partner becomes her top priority…Being a hellhound isn’t enough to protect Jake Troubadour from Nevada Hamilton, no matter how thick his skin is. Finding out he has to work with the beautiful dhampir, after not seeing her for three years, is a low blow—but Jake is a professional. He takes his Collections as seriously as he does running his bar. He’ll do whatever it takes to get the job done, but after that, he’s out. No more chances for the girl who wrecked his bike and scarred his soul so long ago. But even with his heart dead set against it, this hellhound quickly finds he’s not immune to love after all. 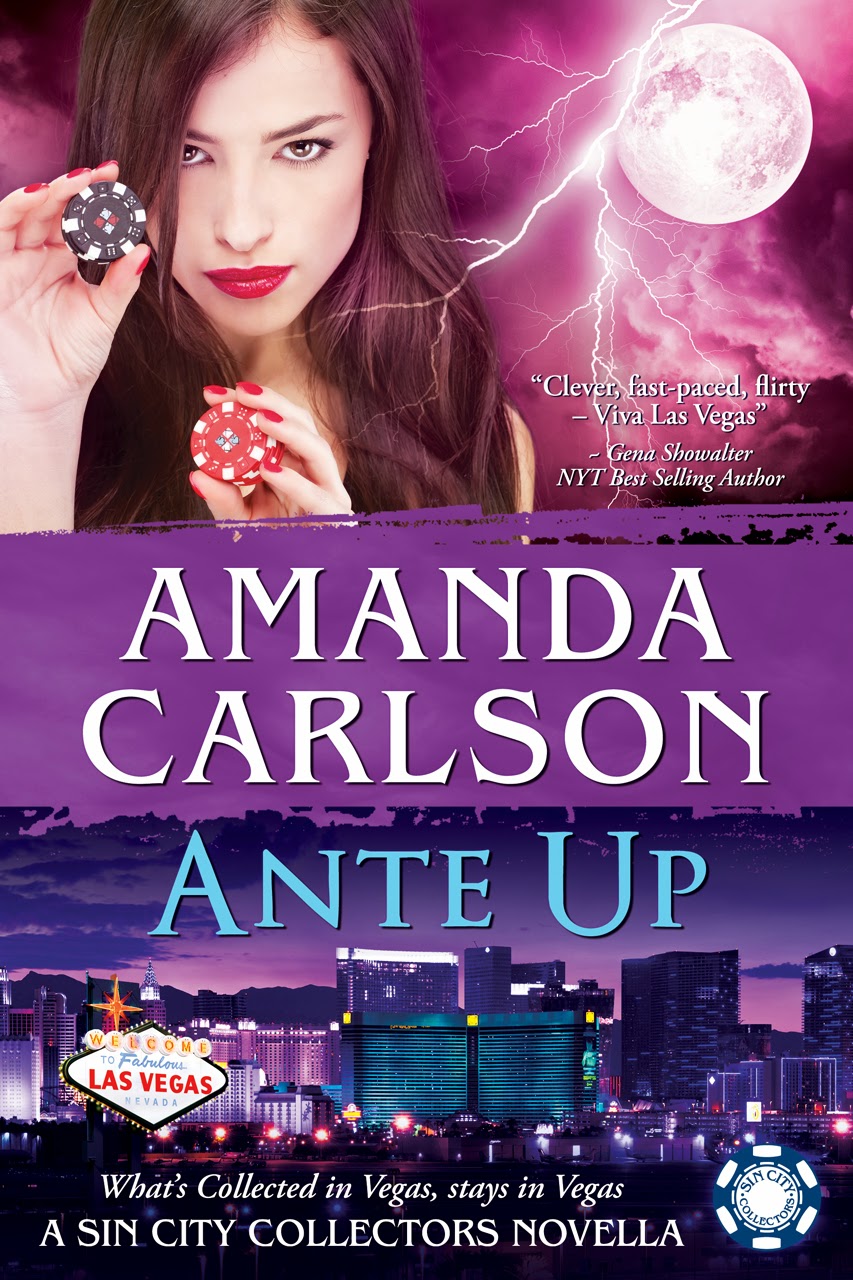 BLURB from Goodreads
Diesel Jones is a shifter who has issues with the moon, but he quickly finds that Sofia Cabrera, a clever witch who just moved in to town, is his only hope to reach his goal of becoming a Collector. When they pair up to take down an incubus, she not only saves his life, but wins his heart in the process…