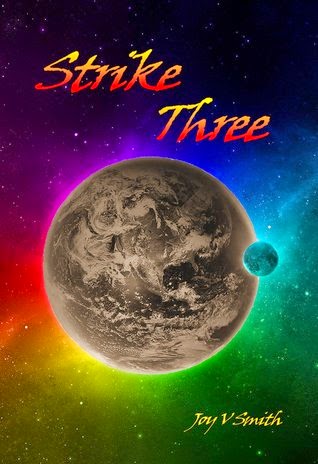 BLURB from Goodreads
Strike Three is a post-apocalyptic novel:Because of the "hot virus," the devastation of WWIII is more horrible than the worse case scenario, and missiles fired in retaliation gave new meaning to "Scorched Earth". No one ever imagined they would have to start from scratch--and bare dirt.

"In her novel, Strike Three, Joy V. Smith introduces us to the aftermath of World War III, ...
Sheridan and Lea Zane [his daughter] emerged into the new world ready to organize a recovery of the planet, or at least their corner of it. They had plants and wildlife enough for their own survival, but they reached out to other survivors as they returned to the surface ...
Along with the plot moving at lightning speed, the characters are real and interesting in the way they react to the situation they have inherited. For the science freak, there is enough detail about the devastation and recovery to keep you going. There is also adventure, a bit of action and even politics.  ..."
Reviewed By Michael McManus for Readers’ Favorite--5 stars 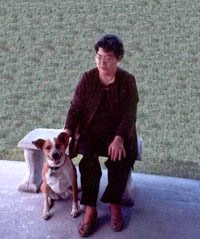 Joy V. Smith has been writing stories since she was a kid. Her stories and articles have been published in print magazines, webzines, and anthologies; and her SF has been published in two audiobooks, including Sugar Time. Her books include Strike Three; Detour Trail; The Doorway and Other Stories; Building a Cool House for Hot Times without Scorching the Pocketbook; a collection of her published short stories, Aliens, Animals, and Adventure; a children's book, Why Won't Anyone Play with Me?; and four e-books: Hidebound (SF romance/adventure), Pretty Pink Planet (SF), Hot Yellow Planet (the sequel), and Remodelling: Buying and Updating a Foreclosure. She lives in Florida with Blizzard the Snow Princess and Bryn the Flying Corgi.