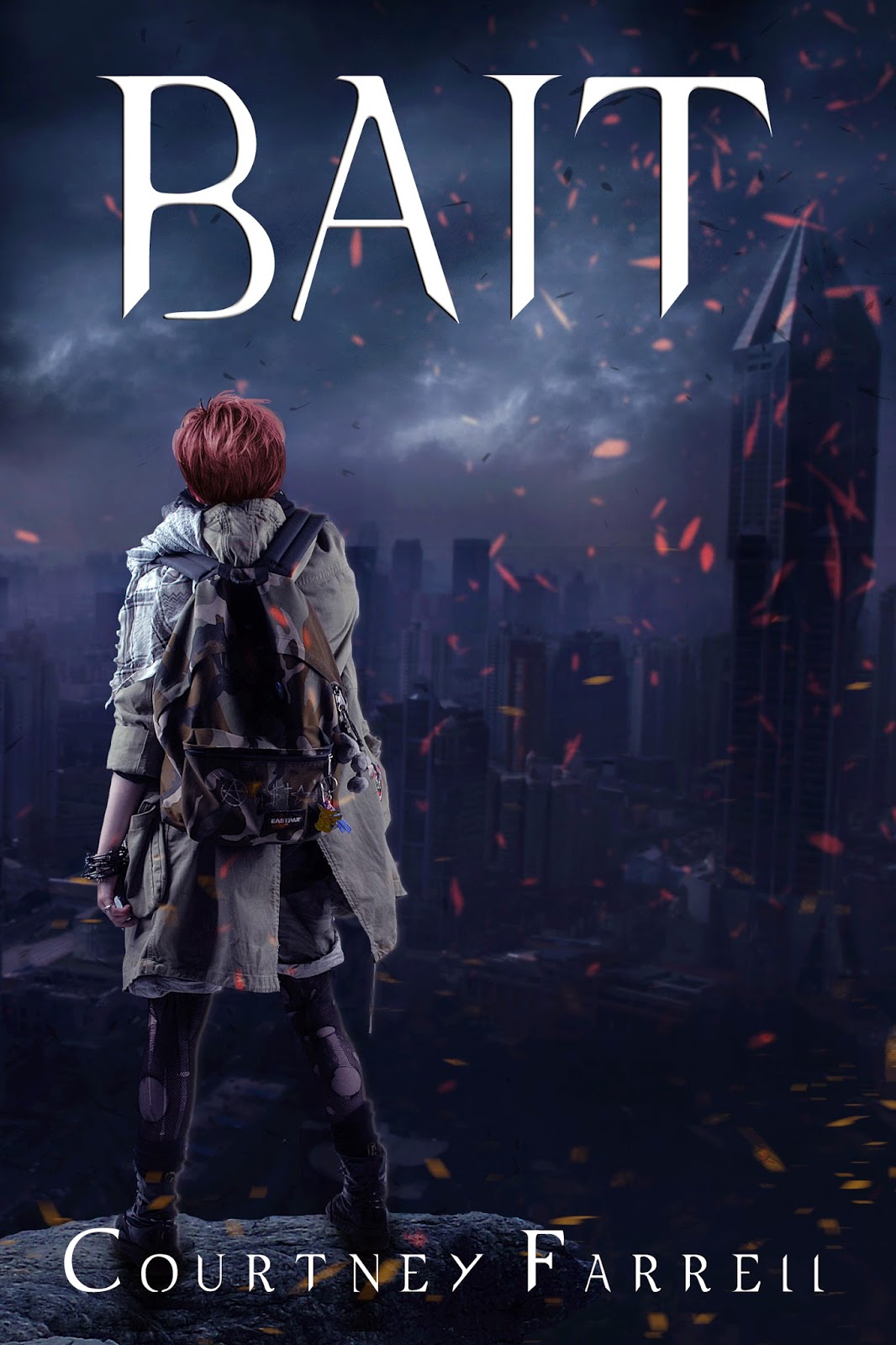 BLURB supplied by the author
An epidemic strikes. The pox hit women hardest, so females are rare. Healthy girls are worth a fortune. Most live in squalid basement harems. Jackie is the last free girl, chief of a gang of teen boys. To them, she’s the prize, infinitely desirable, the last woman on earth. Competition threatens to tear the crew apart. To make things worse, the boys are starting to think she’s crazy. Jackie is convinced that the same soul shines from the eyes of every infected person, slipping like a demon from one body to the next, stalking her. Is she losing her mind, or could an unseen enemy control the infected?


When rival gangs discover that their little band has one of the last surviving girls, Jackie must make a decision. Will she give herself up to save her crew, or take off alone through the streets?

MY COVER COMMENTS
I like the look of this cover. I presume the female on the cover is the main character Jackie, and the cover gives you the impression she is all alone at night in a desolate landscape. So the cover does fit with genre of the book to. So would the cover of the book make me pick this one up? Yes, definitely, I would certainly want to know more about the book. Then upon reading the blurb the book would make its way into my shopping trolley! I am looking forward to reading this one, having read Enhanced I have high expectations for a great plot. In my opinion this cover fits the book genre perfectly. It really draws you in to the book to see the desolate landscape along with the female on the cover. 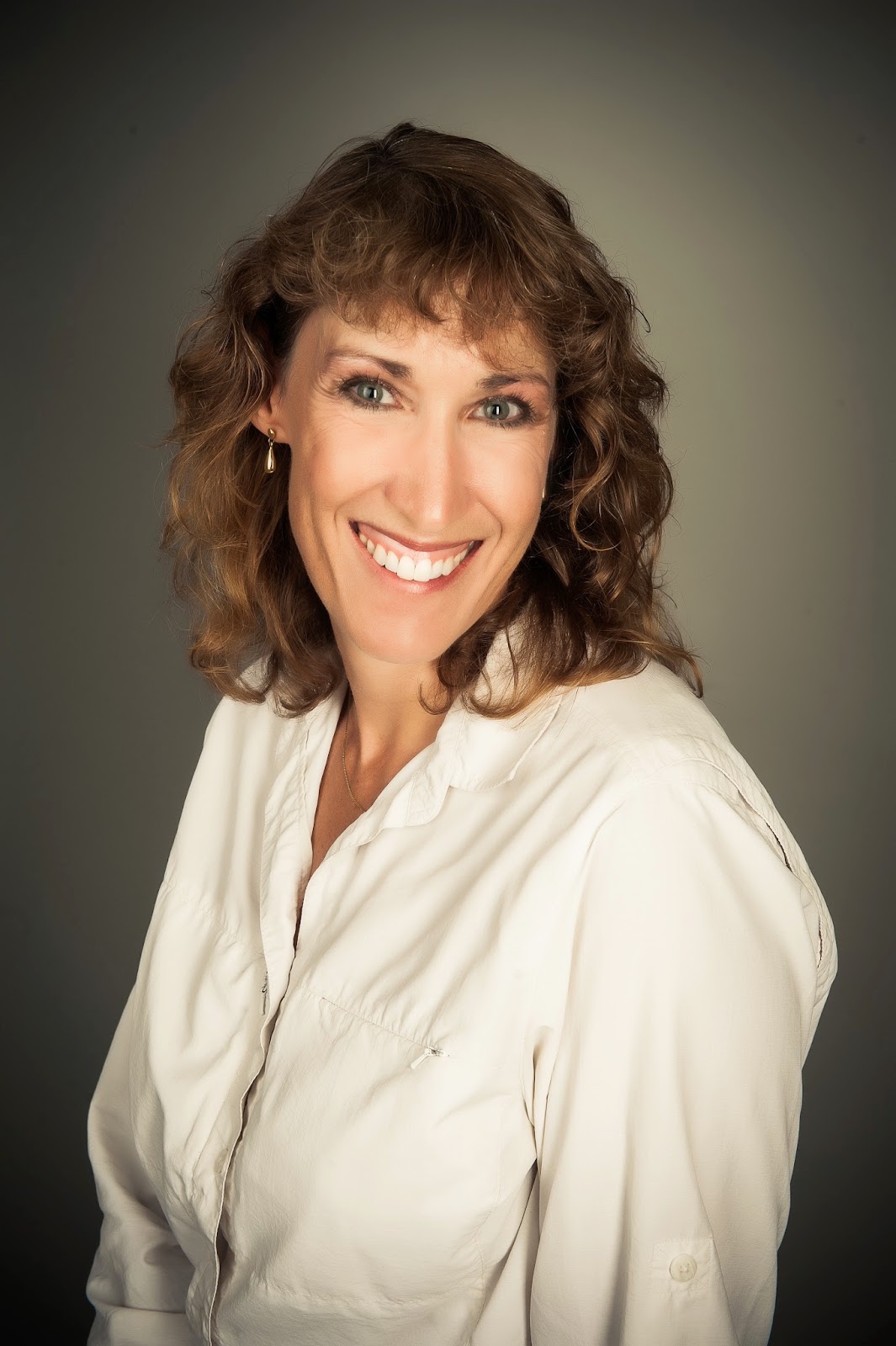 What is your name, where were you born and where do you live now?
Hi, I'm Courtney Farrell. I was born in Denver, and now I live in the mountains near Woodland Park, CO.

Did you always want to be a writer? If not what did you want to be?
I always knew I'd write, but I didn't have much confidence when I was young. So I got a science degree instead, and circled back to writing in middle age.

When did you first consider yourself as a "writer"?
I published an 800-word parenting article in Big Apple Parent and got paid fifty bucks. It was the first money I ever made writing, and I was thrilled.

Did it take a long time to get your first book published?
Yes, mainly because it took a long time to write it. I'm a perfectionist, and I'll go over and over something far longer than necessary.

Do you work another job as well as your writing work?
I'm starting a juice company, which is a huge learning curve, since I never studied business.

What is the name of your latest book, and if you had to summarise it in less than 20 words what would you say?
BAIT. A sentient disease targets women. Survivors are worth a fortune. One girl is still free.

Who is your publisher? or do you self publish?
My first sixteen books were traditionally published, with ABDO Publishing, Rourke, Cherry Lake, and Crescent Moon Press.  Now I'm going Indie. It's fun to have control over my own covers, promos, and prices!

How long does it usually take you to write a book, from the original idea to finishing writing it?
Some I finish in weeks. Others take a year or more. Depends on the idea.

Which of your books were easier/harder to write than the others?
Novels are harder for me than my nonfiction books.

What can we expect from you in the future?  ie More books of the same genre? Books of a different genre?
I'm writing two series simultaneously. The 'Enhanced' series is about genetically engineered teens in a eugenics program, where doctors breed the best and kill the rest. The second book in that series, 'Sacrificed' just launched with Crescent Moon Press. My 'Bait' series, about the sentient disease, is my first Indie title.

What genre would you place your books into?
Dystopian sci-fi/romance

What made you decide to write that genre of book?
I know it sounds funny, but didn't really mean to! I got the story idea, wrote it, and then looked to see what genre it fit into. I couldn't help it, I was a beginner.

Do you have a favourite out of the books you have written? If so why is it your favourite?
BAIT is my favorite, hands down. The best thing I've ever written.

Do you read all the reviews of your book/books?
I do read my reviews. They tend to be quite positive, and that makes me feel good. Nothing makes me happier than hearing from my readers.

Do you basic plot/plan for your book, before you actually begin writing it out? Or do you let the writing flow and see where it takes the story?
I'm typically a "pantser," making it up as I go along. But I've gotten in trouble doing that, and had to throw out whole chapters that didn't fit. So I'm trying to reform. I actually outlined the sequel to Bait. That book is tentatively titled BIANCA, after the sentient disease who stalks Jackie, our main character.

How do you market/promote your books?
I love doing blog tours, and I attend five or six conventions a year. In October, I've got Author Reader Con in Phoenix, and MileHiCon in Denver.

Have you ever suffered from a "writer's block"? What did you do to get past the "block"?
I had it once, and sat for eight hours staring at an empty page. I felt like my subconscious was trying to make me go play, and I refused. It never tried that again! :)

Have you ever based characters on people you know or based events on things that have happened to you?
Oh, yes. If those people ever read my books, they'd recognize themselves in my villains. And my handsome grown sons occasionally appear as heroes, too. The names are changed to protect the guilty. LOL

Are there any hidden messages or morals contained in your books? (Morals as in like Aesops Fables type of "The moral of this story is..")
Enhanced is certainly a cautionary tale about technology running amok. And the sequel, Sacrificed, forces the characters to choose between their own kind, who are bred for perfection, and some exploited Normals.

Are there any New Authors you are interested in for us to watch out for? and Why should we watch out for them?
Look for Robin in the Hood (Robbin' Hearts Series Book 1) by Diane J. Reed.  I  stayed up all night because I couldn't put it down.  And Death Lies between Us is a fabulous paranormal romance by Jody A. Kessler.

We headed for our usual booth. Dakota always slept on one side of the table, and I slept on the other. That night, when I crawled onto my bed, Ash and Keenan had already taken over Dakota’s side. They sat shoulder to shoulder, stiffly, like they had something to say. I glanced at Dakota to see how he was handling that. He didn’t seem to care. He just collapsed in the booth behind me instead. Since I couldn’t flop down like I wanted to, I sat there, stared at Keenan and Ash, and waited.
That pair had been joined at the hip since they came to me as lost fourth graders. If the world hadn’t gone to shit, Ash would have been the most popular boy in school.  He could be deadly when pushed, but his mom must have raised him with all kinds of compassion. He used to rescue moths from windowsills and pick earthworms out of puddles after it rained. That night, I figured Ash meant to rescue me. Why he brought Keenan along, I had no idea.
Ash leaned forward, a sympathetic smile on his handsome face. Dim red and blue neon light shone off his perfect chocolate skin and wooly hair. “How you feelin’, Jack?”
“Fine.”  I kept it short, hoping they’d go away so I could sleep.
“I got something for you. Or we do. It’s from Keenan, too. I couldn’t have got it without him.” Ash dug into his pocket and pulled out a small leather bag. He pushed it across the table to me.
I poured out the contents and gasped. A handful of gold and diamond rings spilled out, along with a fat roll of hundred dollar bills. Paper money didn’t mean much anymore, at least in my neighborhood, but those rings made the best trade goods ever. I flicked the bills aside and played with the rings, admiring their glitter in the neon light of the bar signs in the window. “Wow. This is really something.”
“Spoils of war,” Keenan said. “By the way, I didn’t get the chance to tell you earlier, but you look gorgeous in that dress.”
I felt my eyes widen in their sockets. “Uh, thanks,” I choked out.
The back of my seat rocked a little as Dakota rolled to his knees and leaned on the partition between the booths. “Go to bed, you guys.”
“Okay,” Keenan said obediently. As if they’d rehearsed it, Ash and Keenan laid down in Dakota’s spot, feet together and heads in opposite directions. It looked crowded and uncomfortable, but they settled in like they meant to stay.
Dakota shot them a murderous look. One on one, he could whip either of them, but together, those boys could kill him. I felt sick thinking about it. The winner—or winners—would lead my crew, alongside me. And from the way Keenan looked at me, that wasn’t all they had in mind. I could have sworn fourteen was too young. Guess I was wrong.
As the only girl around, I’d been pressured for sex since childhood. Some men wouldn’t take no for an answer, so I got pretty good at taking cheap shots and bolting. That kind of thing got worse as I got older. Dakota watched out for me, sticking closer as I got into my teens and even normal, non-pervy men started taking an interest. That was when I cut my hair off and tried to look like a boy. We never talked about it—I was way too shy—but Dakota had to know I was still a virgin. Now he obviously wanted to be more than friends, and I couldn’t get comfortable with it. I didn’t want anyone else. Never had. Dakota was the only guy I ever dreamed about, ever pictured myself having babies with. The only one I didn’t want to reject. But old fears die hard.