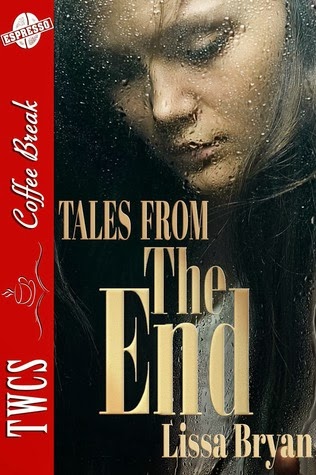 BLURB from Goodreads
From the author of The End of All Things comes a collection of short stories about the Infection that swept around the globe, decimating the population, and leaving behind a small number of survivors, unprepared to deal with the brutal new world which had replaced the one they'd known.

The Horsemen
L.A.'s mayor has declared quarantine to try to halt the spread of the Infection. Pearl sets off across the city to buy supplies, but already the world is changing. Something strange is in the air. The Horsemen are coming ...

Veronica
When Veronica's mother doesn't come home from work and no one answers the phone when she calls for help, a nine-year-old girl is thrown into the chaos of a world coming to an end. Veronica decides it's up to her to find her family. "Veronica" is the story of a little girl's courage in the face of the end of all things.

"I Wandered Lonely As A Cloud"
They called her Shadowfax-- the mare Carly and Justin found on their travels. But before she was found by Carly, the retired dressage horse was known as Cloud. An unusual tale of the end, told through the eyes of a confused and lonely horse, left in her pasture.

Birthday
A previously-published bonus story. Carly knows Justin has never celebrated his birthday, and after society crumbled, no one knows what date it is, anyway. But she wants to do something special for him. Celebrating the little things helps them keep hope alive, and as a blizzard rages outside, a small gesture of love warms their home.

INITIAL THOUGHTS
I actually missed hearing about this one, I found it quite by accident on Netgalley, but after reading The End Of All Things felt this was a must read compilation of short stories based around the first book. As I enjoyed The End Of All Things so much I had high expectations for this book, and definitely wanted some more Carly & Justin.

MY REVIEW
So as I have said above I downloaded an e-book of this from Netgalley in exchange for my honest review. The cover of the book ties in well with the series and that of book one, which I think is a good thing.
So now to the individual stories. . .
The Horsemen
The first short story centre's around Pearl, who is the agent of a rather demanding actor. The "disaster" starts by what appears to be a lot of cases of a bad flu, so Pearl decides to stay home and work from home to avoid the chances of catching the virus. Then when a quarantine is declared she has no choice but to head out to obtain supplies. Pearl witness the world quite literally going mad . . I enjoyed Pearl's story and hope we learn more of her in the next book on The End Of All Things Series which is called The Land Of The Shadow.
Veronica
This story is about a little girl who is just nine years old who literally finds herself home alone when her mum has had to take her brother to hospital. Veronica's brother has a poor immune system as he has suffered a serious illness prior to this latest outbreak. Veronica is a very brave little girl who initially stays home and waits and waits for a phonecall or help to come to hr. When help doesn't arrive she gathers supplies and sets off to the hospital to find her family. The story is a sad one, though there is hope for Veronica as she meets two other survivors who are willing to help her. Again I'd really love to know more about Veronica's story and find out where she goes after making it the hospital and realising the awful truth.
"I Wandered Lonely As A Cloud"
This story is totally different as the main character is a horse. The horse is named Cloud and has been mistreated by her first owners. This story tells of "The End Of All Things" from the unique point of view of this horse and what the animal goes through and what she has to do to survive. We already know what happens to Cloud "later"as she is found by Carly and Justin and they name her Shadowfax. Of course I want to know even more as I want to read The Land Of Shadow as soon as it's available!
Birthday
I was going to say that this short story was my favourite but being completely honest I truly loved them all! Thouh in this short story we take a look at Carly and Justin and to be fair it wouldn't be a book about The End Of All Things if it didn't give us a snapshot or two of the two main characters. So in this story we read about Carly making Justin a rather gooey birthday cake that doesn't go exactly to plan or recipe but hat Justin loves simply because Carly went to the time and trouble to make it for him. I love these two characters and any interaction between them so of course I enjoyed this one!

On the whole I have to admit to having read and enjoyed each and every one of these short tales. the only downside if it can be called a downside is that this collection of stories made me want to read more about Carly and Justin and their journey right now!

So did I enjoy the book/collection of short stories? I really enjoyed them. They were a taster of more great action to come in book two! Would I recommend the book/story collection? Yes, they will make you want book two even more and hopefully the characters in the short stories may be featuring in book two as well. Would I want to read more of this series? Oh, definitely. Would I want to read more books/short stories by this Author?`Yes, please! I really enjoy Lissa Bryan's writing style and story telling. 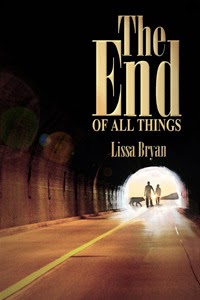 BLURB from Goodreads
After a terrible virus ravages the planet, Carly Daniels, one of the few survivors, hides in her apartment in Juneau trying to survive the best she can with only occasional forays to gather food. With her is Sam, a wolf puppy she found starving on the streets. He becomes her companion and a reason to continue when giving up sometimes seems like the more attractive option. Still dazed with shock and grief, she hopes for the world to go back to normal soon.She is discovered by Justin, an ex-soldier who is intent on making his way to Florida before the winter sets in. Justin coaxes her out of her hiding place and convinces her to join him on his journey, because a warmer climate will be their best chance against the extremes of Mother Nature.Together, they begin a perilous journey through a nation laid to waste by the disaster. Challenges abound along the way. The weather, injury, and shortage of supplies all help to slow them down. In time, they discover that they aren’t the only survivors. Some are friendly but some have had their minds destroyed by the high fever. Then there are those who simply take what they want, leaving Carly and Justin with no choice but to defend what is theirs.But their journey is not without joy and love. Together, they face every struggle, including an unplanned pregnancy. Despite the perils of bringing a child into a world of chaos, their baby is a new beginning for themselves and a symbol of hope for the other survivors they find along the way.This is the story of their journey to find a place to begin a new life, and a home in each other.

NO COVER AVAILABLE YET!

BLURB from Goodreads
None available yet!

I also was lucky enough that Lissa Bryan did a Guest Post for my blog on 18th June 2013 titled Why I Chose To End The World As We Know It and here's the link if you'd like to read it now!
Posted by Jeanz xx at 03:00