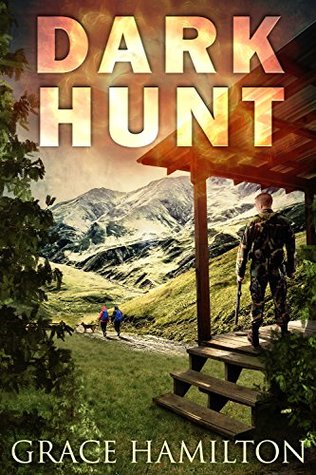 BLURB from Goodreads
In the post-apocalyptic aftermath, Megan Wolford is settling in with her makeshift family at the safe haven of their lodge, but she remains wary of trusting others. Despite her growing feelings for Wyatt Morris, the leader of the group, she still feels most secure on her own. But when she becomes separated from her beloved daughter Caitlin in a storm, Megan is in danger of losing the one thing keeping her fighting to stay alive. Injured and desperate, she must fight every instinct within her to rely on the others for help when they find evidence that Caitlin has been kidnapped. Wyatt is determined to do everything he can to bring her home, and he organizes a search party to visit a set of old adversaries in the guise of traders to try and find the missing girl—but Megan would rather take matters into her own hands. With Megan setting off alone to face unknown enemies, she is more vulnerable than ever. When a mysterious stranger known as the Green Woman appears to be a lead in finding Caitlin, she’ll have to track her down. Can she put aside her stubborn need for independence and accept help from her newfound community before it’s too late?

REVIEW
After reading and loving Dark Retreat the rest of this series was instantly put onto my "must read" list! So saying I was looking forward to reading Dark Hunt which is Bk2 in the EMP Lodge series is a kind of understatement. Though I had other titles on my kindle to read I felt the pull to purchase Dark Hunt and revisit with the characters I quickly grew to love in Dark Retreat.

So the cover of Dark Hunt is a view from the side rear of the Lodge. We can see the corner of the Lodge with a male figure who is holding a rifle and looking out on two people walking away with a dog. This also fits a scene within the book really well however I am not going to tell you more about it and that would involve spoilers! So you will just have see if you realise which scene the cover depicts when you read the book yourself!

The genres I have seen listed for this book are Post-Apocalytic, Survival, Action and Adventure and I would say they all fit the content of this book well.

This book begins with everyone being relatively happy in their surroundings nevertheless still cautious of any visitors, or anyone from another settlement. With no real end in sight to their way of life those that live in the Lodge are thinking about building extra rooms and/or even an extra one or two buildings. Thought is also being put in to prepping for the winter. The plan is to try hunting larger animals and preserve the meat for the leaner months of winter, as well as using animal pelts for warmth of course.

Megan and Wyatt are becoming even closer, however Megan is conscious of making time for just herself and Caitlin together too. Caitlin is still happy with the Morris clan and has certainly grown to love Wyatt and the rest of them! Megan has settled in but is always aware of the fact no one knows what is round the corner these days, so she understandably wants to take part in the hunting trips keeping some of her independence, passing on more of her tracking and trapping knowledge in exchange for herbal remedy knowledge from Wyatts mum who clearly now treats her as a daughter in law and accepts Caitlin as another grandchild too.

It's during one these mother & daughter trips out that both Megan and Caitlin get caught up in the increasingly turbulent storms that seem to be occurring more often lately. Both Megan and Caitlin are hurt. When Megan regains consciousness it is apparent she is badly hurt. She has either broken or badly sprained her ankle/leg. An injury such as this in the times they are all living in can ultimately lead to death so she is in a lot of pain and then when she realises Caitlin isn't with her or in the immediate vicinity the panic soon sets in.

When Megan is found and Caitlin is still missing she is devastated and desperate to go out and search for her. But the injured Megan can only sit and wait or the others to return when they search for any signs of Caitlin. Where could she be? Could someone have taken her? Could Kyle's group be behind this? Or has someone simply taken an injured Caitlin in and is giving her first aid treatment. The fact Wyatt keeps returning from searching empty handed causes a rift between him and Megan. The sad thing is he and his family are as desperate to find Caitlin as Megan is!

So new alliances are made, another lone survivor who has extremely valuable skills meets up with the Morris Clan, but they also hear of a dangerous ruthless group travelling near to the area they live. Can the small survivor groups manage to ignore or fight off these ruthless raiders or should they perhaps band together and bring an end to the ruthless gangs raiding spree's?

There were the great characters from book one such as Wyatt, his mum, brother etc with the addition of a few more such as "the green woman" who is seemingly impossible to find and quick at raiding others for things she needs. I warmed to this character and hope to see more of her in the rest of the series. She could be a key person in bringing down those who wish to take what they want and hurt or kill whoever gets in their way.

Wyatt's mum and her herbal remedies are once again needed in throughout this book. I have become attached to the whole Morris clan really. I'm thinking maybe the "green woman" may end up a romantic interest for one of the Morris clan but I will have to read more of the series to find out what happens there.

We also meet Kyle's brother again in this book, though he seems to have forgiven the Morris clan for the death of his brother. Can he be trusted? Or not? I'm not sure I would fully trust him. Then there's the people in his settlement, if not best friends maybe they will be a group that can be bartered with for skills or produce.

My immediate thoughts upon finishing this book were, Wow this series is going to be amazing if it continues like this! I actually read the first 93% in one reading session and was fairly irritated when I had to put my kindle down to go to sleep! So of course I finished the rest of the book the following night. I am definitely looking forward to reading both more o this series and other series by this author.