Described as a
"Hard-Hitting and heartfelt dystopian fiction" 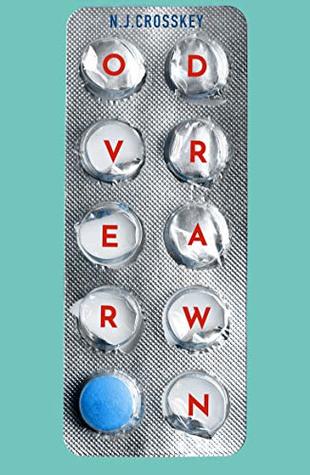 BLURB from Goodreads
Henry Morris is watching his wife slip away from him. In an ageist society, where euthanasia is encouraged as a patriotic act, dementia is no longer tolerated.

Kaitlyn, a young waitress, is desperate for the funds to keep her brother’s life support machine switched on.

When a chance encounter brings the two together, they embark on an unconventional business arrangement that will force them to confront their prejudices, as well as their deepest, darkest secrets.


The book cover is what initially caught my eye, then when I read the blurb I knew I had to read this book. Unusually for me I also checked out what the “Advance praise” was for the book and Christina Dalcher, author of VOX had commented “Keep this book far from anyone who might be tempted to turn its fiction into reality' which intrigued me even more!

The book is set in an era where everyone is encouraged to think about the resources they are using and to try their best to keep their “footprint” as minimal as possible. Every one is given a set amount of “credits” based on their usefulness to society. You are housed by the Council collective, they decide what you do or do not need or deserve in relation to how useful you are to society. To be totally candid, it is something that doesn’t take a whole lot of imagination to think it’s a future possibility should the NHS cease to exist in our country.

Waste of any sort is not tolerated. Even to the point of using your credits for any medical issues you have.
Henry & Chloe Morris, both sixty years old are two of the main characters and are elderly and in need of medical help. They are lucky in that they own their own home which is a rarity in this “modern” age of the supposed principal of everyone having a level playing field to start out their lives. Henry has a prosthetic leg that gives him a lot of pain, causes him to walk with a limp and really desperately needs replacing. Henry is a stubborn man and we first come across him talking to a Dr Johnson about his wife Chloe. Chloe has dementia and sadly it is progressing rather quickly so much so her usual dose of Hepraxin has stopped working. The Dr explains that he can double the dose of Hepraxin, but it will not cure Chloe. The Dr then reveals that Henry has two options, he can have 6 month’s worth of the Hepraxin at the current dose where it’s not working as well as when Chloe first began taking it or he can prescribe 3 months of the Hepraxin at double the usual dose but it would be the last lot of Hepraxin he could give as Chloe & Henry’s credit had reached it’s limit. Dr Johnson suggests perhaps it’s time for Henry to let Chloe go, to let her “move on”
The elderly are encouraged to choose death rather than using up all their credits and money. They are increasingly being pressured to leave a sizable inheritance to the younger generation to give them a good start. Henry has one son, called David, whom he had with his first wife. Henry and Chloe have no living children. The child they had and called Heidi sadly died shortly after birth. There’s much more to be revealed about Heidi and details surrounding her death but I do not want to reveal too much of the story.

The other main characters in the book are Kaitlyn and her hospitalised brother Jack. Jack has had an accident and is on life support, despite reaching the limits of his own credit, his sister Kaitlyn is using her own credits and money from her waitressing job to fund Jacks medical care, in the hope that one day when she visits him, he will suddenly wake up and be okay once again. Jack is all Kaitlyn has, she broke up from her fiancé when he couldn’t understand her decision to keep Jack on life support. Jack was everything to Kaitlyn when she was younger, bringing her out of the awful home with her alcoholic, prostitute of her mother and fed, clothed and cared for her himself.

It’s when Henry and Kaitlyn meet. Henry basically believes that all youngsters are interested in is money and they have no respect at all for their elders, which seems warranted when he stops for a drink in the café that Kaitlyn works at and she serves him rather begrudgingly and sharply. Then he thinks of his wife Chloe and that she would say maybe the young female is having a bad day. When Henry leaves, he adds a tip for the waitress as his wife would have if she had been well enough to be there. It’s that small act of kindness that sets a large chain of events that end up being like a rather large rollercoaster ride into action.

I adored reading this book yet at the same time found it intensely disturbing when you compare it to todays society that we are living in. A society that no longer respects their elders, that doesn’t seem to care for others. The elderly are really viewed and thought of as an unnecessary burden and being over users of resources. On the other hand, the younger generation seem happy to accept the Collective Council telling them their place in society. Telling them where and how to live their lives. The youngers generation had never seemed to yearn for more or to have any ambition, they just blindly accept what they are told. Society has gone from protesting abortions and even condemning contraception. In this new society sterilisation and termination are encouraged. Even more dire, in my opinion early death is encouraged. That is where the “Moving On Initiative” comes in. A large company that encourages those who are ill, or in fact just those who are getting older to end their life themselves via their service. People even have big celebrations called “moving on” parties to say goodbye to all their family and friends. Medical professionals actively encourage it. During the course of the book both Henry and Kaitlyn are offered leaflets explaining and advising on the Moving On Initiative services. There are some pretty sad scenes in this book, with Chloe having on of her “funny turns” as she calls them, then Henry trying to sell his house in order to fund more medication for Chloe. Henry also puts off replacing and updating his prosthetic despite it giving him pain, and affecting his walking and everyday life. Then sadly when Henry discovers his own health issue and has to work out how to deal with it.

Kaitlyn is also continually being told to let her brother go, that she should get on with her own life, think of herself more and not waste more credit on her brother. Kaitlyn keeps remembering all her brother did for her, how he literally rescued her from her own mother, and a life that would have been a lot worse.

My immediate thoughts upon finishing the book were that it was an amazing read. I found the book extremely thought provoking. Get those tissues at the ready for the end section of the book. I don’t know what else to say other than I truly loved it.

I really don’t want to give away much more of the plot, but Henry and Kaitlyn come up with an idea to earn enough money for each of them to continue to help their loved ones stay with them a little longer. I truly loved the ending and it did make me tear up and I continued thinking about it long after finishing the book. Difficult decisions are made and carried out. Certain relationships end, though as they end some important ones are being made too. I honestly loved all the characters with the exception of Kaitlyn & Jacks mother. I think Kaitlyn is very brave in her undertaking at the end of the book. All the lose ends are tied up really well, though a little part of me would love to read more stories set in this society.