REVIEW - THE POSSIBLE BY TARA ALTEBRANDO 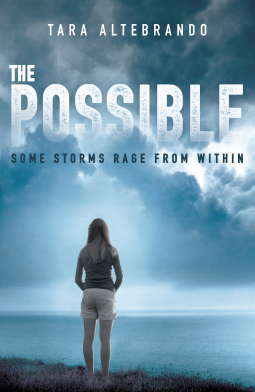 BLURB from Goodreads
What if...no one knows the truth about you? It's been thirteen years since Kaylee's infamous birth mother, Crystal, received a life sentence for killing Kaylee's little brother in a fit of rage. Once the center of a cult-following for her apparent telekinetic powers, nowadays nobody's heard of Crystal. Until now, when a reporter shows up at Kaylee's house and turns her life upside down, offering Kaylee the chance to be part of a high-profile podcast investigating claims that Crystal truly did have supernatural mind powers. But these questions lead to disturbing answers as Kaylee is forced to examine her own increasingly strange life, and make sense of certain dark and troubling coincidences...

REVIEW
After reading and loving Countless by Karen Gregory I checked out other forthcoming titles being published by Bloomsbury and found this one.

First of all this book has more than one cover, I describe the cover I have featured above. The alternative cover is featured below my review. The cover shows a girl stood alone looking out to sea. The byline featured says "Some Storms Rage From Within" and in the book the main character Kaylee certainly has some issues that she has buried quite deeply, as a safety mechanism and when she is faced with those issues being brought into the limelight her reaction is to get angry and act out, which is why I would add that parts of the story would fit into the "coming of age" and "teen angst" genres too. The genres listed for this one on Netgalley/Goodreads are YA, Mystery & Thriller, which I definitely agree with also.

This book begins with us meeting the main character Kaylee Bryar, who is living a normal kind of teenage life, goes to school and does ok with her grades. Kaylee has two close friends a girl called Chiara, and a boy called Aiden. Of course as a teen girl Kaylee has a crush too. The guy she is crushing on, Bennett Laurie is dating a girl called Aubrey Hazleton who is so perfect Kaylee has nicknamed her "Princess Bubblegum". at a baseball game wishing for the opposing team member, Evelyn who is batting to be unable to hit the next ball that she throws, and strangely it happens! Kaylee actually wonders if she some how telepathically made the opposing team member miss the ball! Thinking it a possibility when she see's Princess Bubblegum with Bennett she "wishes" Princess Bubblegum to fall flat on her face...and it happens!? Coincidence right? Or some type of telekinesis perhaps?
Kaylee begins to wonder about such supernatural things even more when she is contacted by Liana Fatone, a reporter that makes sometimes controversial podcasts. Liana has somehow found Kaylee who was adopted and had her name changed at age four by Christine and Robert Novell. Apparently Liana wants to talk to Kaylee about supernatural powers and her birth mother Crystal. When Crystal was a teen there was a fairly large news item about Crystal having some sort of strange powers, or was surrounded by poltergeist activity that she could move items around a room without touching them etc. There was even a photograph that actually depicted a telephone moving around Crystal.
Rightly so, both of Kaylee's adoptive parents are wary of anyone wanting to talk to Kaylee about anything concerning or connected to her mother Crystal. As Crystal is serving a life sentence in prison for killing her youngest child, a boy called Jack. Kaylee remembers her mother and was in fact instrumental in her mother being given a life sentence. It was evidence, and the fact Kaylee testified in court at the age of four that finally made Crystal accept a plea deal of life imprisonment.
So because of a combination of wanting to know more about Crystal, being curious as to whether she may have some telekinesis powers, and general acting out being a teenager, Kaylee decides not only will she meet Liana, she will help with the podcast and even more disturbing to her adoptive parents, she wants to meet Crystal. So Kaylee does a bit of sneaking around, though when she truly needs her parents they still end up finding out and being there for her.

I found myself having mixed feelings about the characters in this book, there weren't always clear lines to separate the good and bad. Crystal hadn't had a great life herself, from all the attention of small press about her special powers, then outed as a fraud by a larger press she was abandoned. Crystal went on to meet Kaylee's birth father to get pregnant at 21 with Kaylee, then at aged 23 met Jack's father and once again found herself pregnant. Jack is the child that just a few years later is killed due to a blunt force trauma. Crystal had initially pleaded her innocence, yet when Kaylee gave evidence and it seemed that she would face the death penalty, Crystal had chose the plea deal. So did she actually commit the crime? I guess some would say she was a victim of circumstances, where others would say if her life was so bad and unhappy it should have made her strive to give her children a better start than herself.
To begin with I thought Liana was being honest with Kaylee but it turns out she is not adverse to using Kaylee or Crystal to capture the right information for her next big story. I also think that Liana was rather underhand as it becomes clear that she wanted a story about the reasons Crystal was sentenced to life imprisonment.

My thoughts upon finishing the book were Wow, different, really different. . .had an inkling about some sort of vague connection or history connecting the birth mom and adoptive parents? And what a twist at the end, maybe Kaylee had just been trying to bend the wrong cutlery? It all comes down to the individual and what you allow yourself to believe....or not. 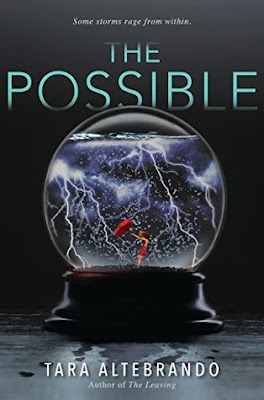 So which cover do you prefer?
I prefer the cover I have described and featured within my review.
Though this cover does also fit with what happens in the book.