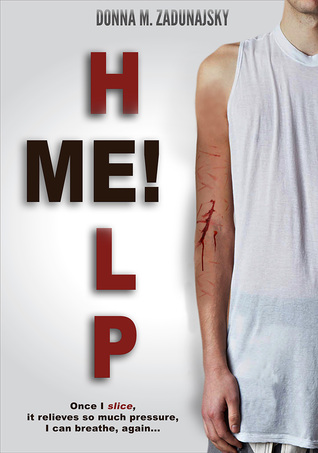 BLURB from Goodreads
A novella about a boy named Mick and his struggles with life. His parent’s divorce and a friend’s suicide make his world unbearable. Each “cut” has a deeper meaning. A cry for help. “I spin my dad’s Ruger SP101 revolver on the wood floor of my bedroom. Sometimes, just to see what it feels like, I place the tip of the gun against my temple, but I never once pull the trigger. NO!” “I’m more into the slice of the blade against my skin and the blood running down my arm.” “It relieves so much pressure.”“And I can breathe again…”

INITIAL THOUGHTS
I really wanted to read and review this novella and feature it on my blog, to try and help to raise awareness for the subjects contained within it, from self harming, suicide, eating disorders, bullying, cyber bullying, homophobia, domestic violence.

Final Thoughts
A well written and very thought provoking read, with realistic characters, in real-life situations. Would love to think this book being read in all schools would perhaps slow down or eradicate the worlds bullying problem. Sadly I am cynical, so hopefully, those being bullied will read this book and have the courage to speak up, speak out and ask for help