PROMOTION & AUTHOR INTERVIEW - NO REST FOR THE WICKED BY DANE COBAIN 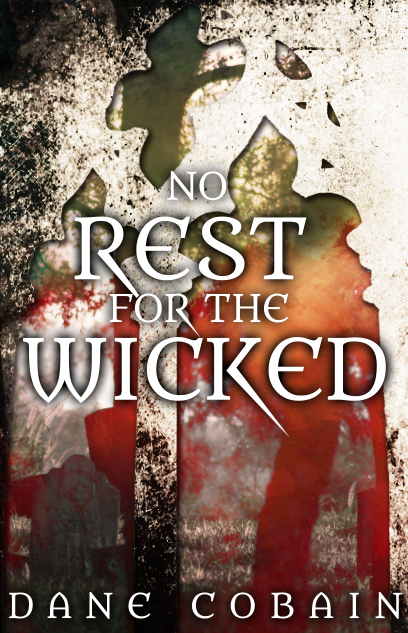 BLURB from Goodreads
When the Angels attack, there’s NO REST FOR THE WICKED.Father Montgomery, an elderly priest with a secret past, begins to investigate after his parishioners come under attack, and with the help of Jones, a young businessman with an estranged child, Montgomery begins to track down the origin of the Angels.The Angels are naked and androgynous. They speak in a dreadful harmony with no clear leader. These aren’t biblical cherubs tasked with the protection of the righteous – these are deadly creatures of light that have the power to completely eradicate.When Jones himself is attacked, Father Montgomery knows he has to act fast. He speaks to the Angels and organises a final showdown where he’s asked to make the ultimate sacrifice. 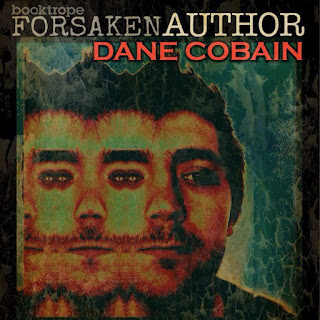 Dane Cobain is a writer, poet and musician from a place you've probably never heard of, somewhere in England. When he's not writing books, he's reading and reviewing them on his book blog - SocialBookshelves.com - or working at his day job in social media marketing. Find him at Facebook.com/DaneCobainMusic or follow @DaneCobain on Twitter. 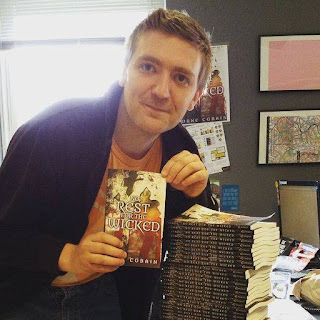 What is your name, where were you born and where do you live now?
My name’s Dane Cobain, and I’m a British writer from a town called Tamworth in the Midlands, about fifteen miles from Birmingham. After leaving Tamworth to study at university in London, I settled down in the Buckinghamshire town of High Wycombe, a reasonable commute away from the capital.

Did it take a long time to get your first book published?
It depends how you define publication! In the age of the internet, it’s easy enough to self-publish a book, and I used to do that every time I finished a project. However, it was a case of print-on-demand vanity publishing, and I only had enough copies printed to distribute between family and friends.

I’ve been writing since I was fourteen, and so there was a gap of around twelve years between when I started writing and when my first book was released. The gap between when I wrote the book and when it was eventually published was around five years. So, in answer to your question, yes – it did take a long time to get my first book published!

Do you have a "lucky charm" or "lucky routine" you follow when waiting for your book to be accepted by a publisher?
Not really, to be honest – I submit so much work to so many different publishers that I don’t really keep track of it until I get an acceptance notice. Part of this is because I write a lot of poetry and submit it to literary magazines – I try to submit once per day if possible, so there are just too many submissions for me to keep tabs on!

What can we expect from you in the future?  ie More books of the same genre? Books of a different genre?
Good question! Somehow, I’ve ended up being known as a horror author, but that’s not really what I do – I like to write about dark subjects, but not always in the horror genre. The main two projects that I’m working on at the moment are:

Eyes Like Lighthouses When the Boats Come Home: A collection of my poetry. I memorise and perform my poems in a sort of hybrid between 80s rant poets and 00s grime artists, and my work is influenced by Charles Bukowski and other poets of his ilk.

Former.ly: A literary fiction novel which charts the highs and lows of Former.ly, a social networking site for the dead. There are elements of a bunch of different genres here and so there’s something for everyone!

Do you have a favourite character from your books? and why are they your favourite?
It depends how we define one of my books – if we’re talking about books which have been released by a proper publisher then there’s only No Rest for the Wicked to choose from. Luckily, I have a favourite character from No Rest for the Wicked – Father Montgomery, the elderly priest who’s the novella’s protagonist. He’s my favourite because whilst he does have his flaws, he’s able to overcome them – he’s also wise and compassionate, a bit like a non-magical version of Gandalf or Dumbledore.

Where do you get your book plot ideas from?What/Who is your inspiration?
This depends entirely upon the piece in question, but for No Rest for the Wicked, the central concept of the evil, avenging Angels was the result of a nightmare that I had. I woke up, wrote it down, and promptly fell asleep again. A couple of weeks later, I revisited my notes and began to flesh them out, and the rest is history! But to be honest, this is a rare case – it’s usually pretty difficult to pinpoint where an idea came from, and most writers hate it when you ask them what inspires them!

Do you gift books to readers to do reviews?
I do indeed, although I much prefer it when people are able to accept e-copies rather than paperbacks. I do send out some paperbacks, but usually only to selected bloggers – this has less to do with the cost of the printed books, and more to do with the cost of international postage. That hasn’t stopped me from sending copies to America, Canada, India, Portugal and Australia, though…

Do you read all the reviews of your book/books?
Yes, and I think that authors who don’t are either lying or foolish. Ultimately, reader feedback helps you to identify what worked and what didn’t, and to improve your writing ahead of your next release.

What was the toughest/best review you have ever had?
So far, I’ve been pretty lucky – I’ve only had one negative review, and that was posted by someone I know under a fake name, presumably to try to upset me. Fortunately, I was able to report the review to Amazon as a personal attack and it was taken down almost immediately. Generally, I encourage all of my readers to post a review whether they enjoy the book or not, but there’s a difference between a genuine negative review and between a hate message from a troll who hadn’t even bothered to read it.

As for positives, the feedback has been pretty much overwhelmingly positive so far, and so it’s hard to think of one that stands out! I appreciate them all, though.

Do you choose a title first, or write the book then choose the title?
It usually depends, but in the case of No Rest for the Wicked, the book came a couple of years before the title. It was initially just called ‘Angels’, but I had some early interest from a publisher in Wales. They suggested that I should change the title, which seemed like a good idea, and so I started hunting for something new. One of the characters says that there’s no rest for the wicked about a third of the way through the book, and so I pounced on it. The rest is history!