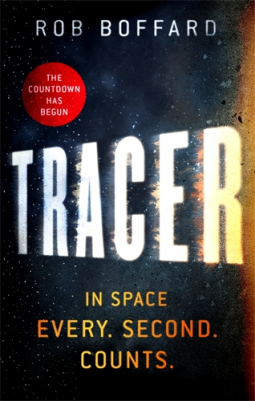 BLURB from Goodreads
IN SPACE

Our planet is in ruins. Three hundred miles above its scarred surface orbits Outer Earth: a space station with a million souls on board. They are all that remain of the human race.

Darnell is the head of the station's biotech lab. He's also a man with dark secrets. And he has ambitions for Outer Earth that no one will see coming.

Prakesh is a scientist, and he has no idea what his boss Darnell is capable of. He'll have to move fast if he doesn't want to end up dead.

And then there's Riley. She's a tracer - a courier. For her, speed is everything. But with her latest cargo, she's taken on more than she bargained for.

A chilling conspiracy connects them all.

The countdown has begun for Outer Earth - and for mankind

INITIAL THOUGHTS
I wasn't totally sure about this one when Clara told me about it, but my daughter said she thought I might enjoy it, so I decided to give it a go. I wondered if it would be like Beth Revis' Across the Universe or Amy Kathleen Ryan's Sky Chasers series which I thoroughly enjoyed. I was hoping it wouldn't be like Star Trek like or Star Wars like because I tend to find those types of book/TV Show a little boring, and a bit mind numbing too. So I'm hoping this is a more character led, and society based. 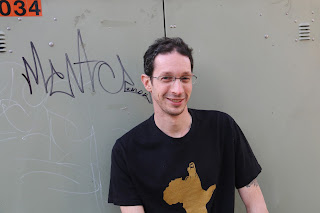 Who/What/How did you get your ideas for your book Tracer?
I’ve been working as a journalist for the past decade, and a few years ago I came to the slow realisation that I enjoyed the writing more than I did the actual reporting. At the time, I was playing around with the idea of the space slum; I’ve always loved space, and I was thinking about what it would be like to live there. That idea just kept turning over and over in my mind. I started thinking about the problems they’d face, and one of those was public transport. Not only is it pretty hard to design something like that to begin with, but if the space station is up there with any length of time, it’s bound to break down.

In a society like that, a solution would spring up organically. In this case, human couriers. From there, it was a short leap to going “Hey, this would make a kick-ass story!”

Did you have to do any research for Tracer? If so what/how did you do it?
Huge amounts. You can’t really muck about in space without knowing what you’re doing, so although the story was going to come right out my head, it needed a solid place to land. That meant going to talk to an actual rocket scientist, down at Kingston University in south London. It meant going to talk to an entomologist, and a fusion specialist. It meant calling up some of my old parkour buddies to help me work out how my couriers would move. And it meant writing all this down, transcribing it, and working out how the hell I was going to make it all work.

If you had to choose to be a character from Tracer, which would you be and why?
Cool question. I won’t say Riley, because I put so much of myself into her anyway. If I really have to pick, I’d say Sam Royo – the cop who helps the Devil Dancers. He started off as a very minor character, but the more I wrote him, the more I liked the guy. I’ve always enjoyed the idea of being a grizzled cop who knows the score.

How do you come up with the Title and Cover Designs for Tracer ? Who designed the Cover of your books?
I am absolutely terrible at titles, as every editor who has asked me to come up with a headline has discovered. Tracer (originally Tracers, plural) was one of my rare good ideas; it’s a slight corruption of the French word Traceur, which is a practitioner of parkour. I knocked out the cover one night after about ten tequilas and a hit of really high-grade mescaline… no, wait, that’s wrong. My man Nico Taylor was the one who did it. I just had the tequilas and the mescaline.

In all seriousness, Nico is a genius. He made it shine.

Are the character names and place names decided after creation? or do you pick a character/place name and then invent their personality/traits?
I haven’t really thought about it. Occasionally a name will come organically the moment the character pops into my head, but sometimes I’ll just use a placeholder name. I try not to sweat that too much, as it is so easy to change if I’m not feeling it. I guess in some ways that means that the character’s personality dictates their name.

If Tracer were to be made into a movie, do you have any actors in mind to play the Devil Dancers Crew, and Olen Darnell and Prakesh Kumar?
My editor Anna is gunning for Jennifer Lawrence to play Riley, but if this ever gets made into a movie, I’d love it if an unknown actress could take the role. Even someone like Amandla Stenberg, who played Rue in the Hunger Games and actually has a little bit of parkour training in her background - although for the record, if J-Law is available, she should give me a call. Dev Patel would be a killer Prakesh - and Anna struck gold when she suggested Javier Bardem as Darnell. As far as I’m concerned, there’s no-one else. 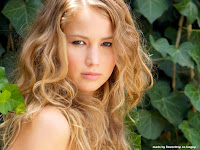 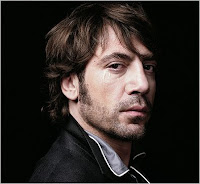 So starting from top left, either Jennifer Lawrence (top left) or Amandla Stenberg (top right) for the part of Riley. Then bottom left Dev Patel to play Prakesh and finishing up with Javier Bardem (bottom right) to play the character of Darnell.

Well I totally agree with Rob Boffard that Amandla Stenberg would be perfect for Riley! Maybe Jennifer Lawrence could play the leader of the Devil Dancers, Amira. I agree with the two male charcter castings as I can't really think of anyone else better. I would like the Devil Dancer Kev to be played by Kellen Lutz, I'm yet to come across actors/actresses for the rest of the Devil Dancers!
Have you read the book yet? What do you think? Any actor/actresses ideas?

Is Tracer the first book in a series or a standalone?
It’s a series. A trilogy, to be more exact. I got to the end of the first book and realised that I wasn’t nearly close to done telling the story.

How many more books can we expect in the Series?
At least three. It’s going to take me that many to tell Riley’s story, but I’m certainly open to returning to Outer Earth.

Do you have a name in mind for the rest of the series?
It’s called the Outer Earth trilogy.

Do you have the whole series planned out now or is it still a work in progress?
All planned out. Actually, all written; I’m doing rewrites on the third book now. So yeah, I got it all in my head, which is a problem because now there is nothing else in there and I’m having trouble…sorry, what was the question again?

Will there be any novella’s as part of the Tracer Series?
Possibly. In the gap between books one and two, I wrote a bunch of short stories focusing on different characters on Outer Earth. Those aren’t quite novella length, but I’d love them to see the light of day at some point.

When you wrote Tracer, had you already planned that it would be part of a series?
Not at all. I’ve never written a novel before, and I had absolutely no idea what I was doing. I still have absolutely no idea what I’m doing. But I just got to the end of the first book, and looked at where Riley was, and what she’d been through, and realised that she was part of a much bigger story.

Thank you so much for visiting my blog and answering my nosey Author Interview Questions about your book! I loved reading it and am looking forward to the next one being available!