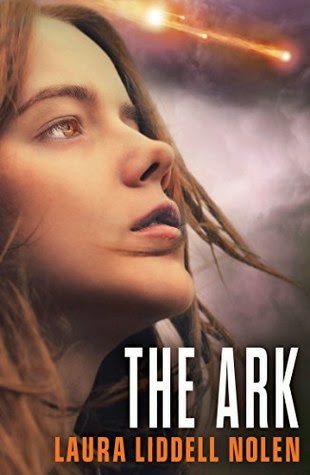 BLURB from Goodreads
There’s a meteor headed for Earth, and there is only one way to survive.
With her criminal record, sixteen-year-old Char is never going to get a place on an Ark, one of the five massive bioships designed to protect Earth’s survivors. The Arks are reserved for the real goody-goodies, like Char’s mom, dad, and brother, all of whom have long since turned their backs on her.
With Earth on the brink of destruction, Char must use all her tricks of the trade to swindle her way into outer space, where she hopes to reunite with her family, regardless of whether they want to see her or not.
Once she arrives on the North American Ark, Char discovers that the remnants of humanity haven’t achieved the egalitarian utopia they’d planned for. For starters, the “Officers of the Peace” are anything but peaceful, especially since stealing a spot on an Ark is a crime punishable by death…

INITIAL THOUGHTS
I discovered this book through seeing it in a promotion on someone else's blog and felt I would enjoy this book. I requested it from Netgalley as soon as I discovered it there too.